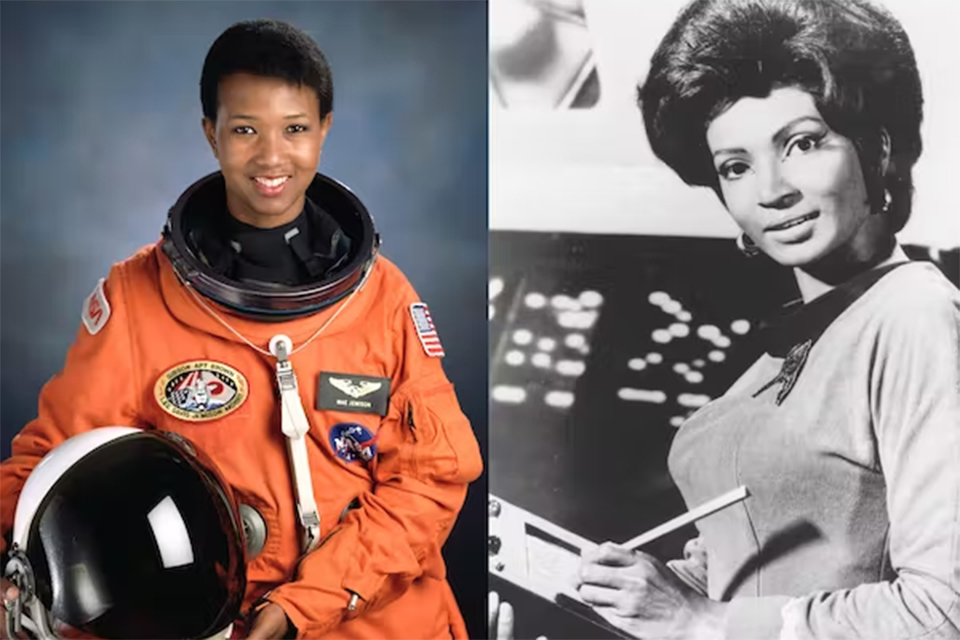 I reached two big conclusions. First, I found that adults often think that kids can’t understand science fiction – but they can. Second, I found that authors and illustrators are not depicting characters from diverse backgrounds in children’s stories about the future. As a researcher who specializes in children’s literature, these findings make me wonder if the reason there is so little diversity in children’s science fiction is because authors don’t believe that their readers will be children from diverse backgrounds.

The case for diverse characters

In 2014, authors Malinda Lo and Ellen Oh launched the ongoing #WeNeedDiverseBooks campaign to call for more children’s books with characters of various races, genders, cultures, religions and physical and mental disabilities. Since then, the number has risen from 397 diverse children’s books published in 2014 to 1,155 books in 2021.

Diversity matters in children’s science fiction because it suggests who belongs in the future.

In recent years, some vocal fans have reacted negatively when major television and film series like “Star Trek,” “Star Wars” and other science fiction and fantasy television shows cast actors of color to play main characters.

When fans refuse to accept non-white fantasy and science fiction characters, they demonstrate what children’s literature expert and professor Ebony Elizabeth Thomas calls the “imagination gap.” Thomas explains that the imagination gap begins in childhood. Children who rarely see diversity represented in their fantasy and science fiction books grow up to be adults who see diversity as out of place in their favorite stories.

Diverse representation in science fiction is especially important because these authors are not only imagining futures, but also the sorts of people who create those futures. NASA scientists and mechanical engineers have reported that their interest in science was fueled by their childhood encounters with science fiction.

When science fiction authors imagine a wide variety of people like women, people of color, disabled people and queer people as the scientists of the future, then they provide models for more children to imagine themselves in those careers. Research has shown that seeing female scientists in media affects whether girls imagine themselves in STEM – science, technology, engineering and math – careers. Even seeing just one positive character from a diverse background in science fiction can motivate young people to enter and persist in STEM careers. The first Black female astronaut, Mae Jemison, says that she was able to imagine herself going to space because as a young person she saw Nichelle Nichols playing Lieutenant Nyota Uhura on “Star Trek.”

I have found that the presence of girls and diverse characters in children’s science fiction has been slowly increasing over the last 90 years. The first science fiction picturebook, “Little Machinery,” written by Mary Liddell and published in 1926, avoids human diversity entirely through focusing on a robot and its animal friends. It is hard to include diversity in books with no human characters.

Even though the plot of the 1999 picturebook “The Worst Band in the Universe” by Graeme Base is an analogy for the history of Black music in America, it contains only aliens from the planet Blipp. De Witt Douglas Kilgore, an expert on race in science fiction and a professor of English at Indiana University, says that science fiction must include a variety of humans rather than a variety of aliens to celebrate the potential of diversity in the future.

The earliest example from my sample to include diversity was a collection of “Buck Rogers” comic strips from 1929. It contained at least a few characters with different skin tones and some independent female characters. This is more than can be said for the other stories I read from the same era, like the “Flash Gordon” comics from 1934 and the “Brick Bradford on the Isles Beyond the Ice” comics from 1935. The women in the stories prior to the 1960s were often trying but failing to be independent. “Connie: Master of the Jovian Moons” from 1939 stood out for having an active and successful female protagonist and an elderly female scientist.

Only five books out of the 357 that I read had detailed non-white or non-European cultural content. The 2014 graphic novel “Lowriders in Space” by Cathy Camper and Raúl The Third, for instance, features Mexican American lowrider culture and rasquachismo, which is a uniquely Chicano aesthetic that values survival and uses discarded and recycled materials in art in defiance of the perceived value of those materials. The illustrations in “Lowriders in Space” were drawn with ballpoint pens that Raúl The Third picked up from sidewalks.

The books that I read did not show any queer characters, but I found that recent children’s television has ventured into this type of representation. The cartoon “Steven Universe” uses the unlimited possibilities of the science fiction genre to think about gender and queerness creatively. For example, the aliens in “Steven Universe” can transform their bodies at will, and yet identify as female and have queer relationships.

Science fiction authors could be leaders in the efforts to diversify children’s books if creators fill the shortage of children’s science fiction with stories that include characters from diverse backgrounds. Inspired by my own research, I collaborated with illustrator Lauren A. Brown to craft a picturebook about a girl learning to care for an adorable stowaway alien. The girl is Black and disabled, but the story is about her discovery of life in space.

If the creators of children’s science fiction don’t diversify the genre, they risk perpetuating the idea that only some groups belong in science and in the future. The burden is not only on creators, though. Educators and parents also need to seek out science fiction with diverse characters in order to make sure that children’s book collections reflect a future that welcomes everyone.