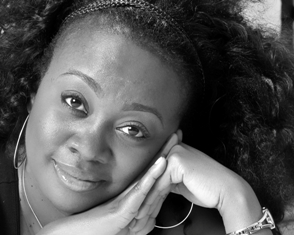 Author Alexus Rhone published her fourth teen novel, Cover the Coo, last year. The final novel in her series about an African American teen growing up in Texas, follows character Trek grow from a girl to a woman. Unafraid of controversial issues such as date rape, relationship violence and child molestation, Rhone writes to grab and hold the attention of young people, especially teens who have never loved to read. The Skanner interviewed Alexus Rhone by telephone Jan 7.
When did you first start writing?
My first book was released May 2001 and I left my full-time job as a recruiter to write that book. My husband gave me a year off to write that book and said that if it took longer than a year I'd have to go back to work. And I've been writing ever since. 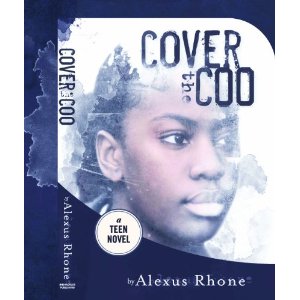 How did you decide to write teen fiction?
My first book came from a short story I had written. I read it to my class and they responded so wildly that I decided to expand it into a novel. Ten years ago the teen market was wide open and there was very little fiction for Black American teens. So I decided I wanted to write books that would really engage reluctant readers – young people who normally might not pick up a book and read at all. I am a writer for those young people who hate to read. I try to look at things from a young person's point of view.

You write about some controversial topics. Why?
Teens don't want to read about perfect protagonists. I tried that once and they hated it because the character wasn't real to them. So I would describe my books as edgy and honest, but redemptive. They are very candid and very honest and very universal. I try to make my characters very realistic and talk truthfully about life. That's why I write about subjects like premarital sex, molestation, dating outside your age group and teen dating violence.
Teens face these kinds of situations, and I want my readers to know they are not as abnormal as they think they are. I want them to know that they are not alone. So in my books I try to show there are safe solutions to the predicaments they might be facing. But I do want to say that my character Trek doesn't have sex until she is a freshman in college.

Tell us about your character, Trek Baden
Trek is very smart and very aware. She looks older than she is, so that gets her into tricky situations sometimes. In my first book Premature Pleasures she is unsupervised and hangs out with a group of older girls, so she gets to see their mistakes close up. In Secret Shame she learns that one of her friends is being molested. In Backseats and Bleachers she is 16 so she's old enough to date, and like most girls do at some point, she makes some bad choices. She has two boyfriends: one of them is a bad choice and the other is a worse choice. But there are no pregnancies in my earlier books. The only people who are engaging in sex are 16-year-olds who unsupervised. And Trek learns that life is about much more than using our bodies to do Godless things. My latest book, Cover the Coo is the fourth and last book in my Trek series. It deals with her experiences as a freshman in college.

What does Cover the Coo mean?
It's a country, folksy way of saying 'no sex before marriage'. That's the advice that Trek gets from her grandmother. But she doesn't listen. She has sex with a boy back home and then has sex with her boyfriend at college. So, when she realizes she is pregnant she doesn't know who the father is, and she has to make a decision about whether or not to have an abortion. I wanted to write about this because this is a very real reality for some college freshmen. Their college careers are cut short just because they could not, or did not Cover the Coo.

Rhone's own journey has taken her from journalism and public relations to Theology. A graduate student at Fuller Seminary in California, she lives with her husband Lewis in Indianapolis, IN.

PHOTOS: Courtesy of the author. From top: Portrait of Alexus Rhone; Book  Jacket for Cover the Coo.

Order a copy from The Skanner aStore: Books, Movies and Music