A Beastie Boy's Death: What Is Salivary Gland Cancer? 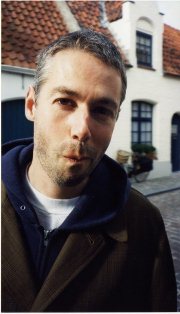 (CNN) -- It's extremely rare for people to be diagnosed with salivary gland cancer. Most Americans who get it are older than 55.

Adam Yauch, better known as "MCA" of the Beastie Boys, died Friday at age 47 after having cancer for nearly three years. Yauch was one of the few younger patients diagnosed with the disease.

Two adults in 100,000 are diagnosed with salivary gland cancer per year, according to the American Cancer Society.

"Parotid cancers are fairly unusual in general but it can appear in individuals of all ages," said Dr. Amy Chen, a head and neck cancer surgeon at Emory University in Atlanta. "It's just in general, parotid cancer is very rare."

Yauch said in July 2009 that he first noticed a lump in his throat "like you have swollen glands." He announced he would have surgery within a week, followed by nearly two months of localized radiation treatment. He said the cancer was also in a lymph node. The survival rate depends on whether the cancer has spread to other parts of the body. If it hasn't, the five-year estimated rate of survival (Stage I) is 91%. If it has spread far from the glands (Stage IV), the rate is 39%.

"I always advise individuals that if you have a lump in your neck or a mass that is growing in size and it hasn't gone away after two weeks, that you should seek medical attention for it," Chen said. "If the doctor prescribes antibiotics for it and it isn't getting better, then you need to find another doctor."

If surgeons can't completely remove the cancer from the gland it can spread to the lungs and other parts of the body, she said.

Because the cancer is rare, it has been difficult for researchers to figure out what causes it. There are a few risk factors, the cancer society says, one of which is having radiation treatment to the head and neck for other medical reasons. Workplace exposure may also increase risk.

"We don't find any relation to smoking or alcohol use like some other head, neck, throat cancers," Chen said. "It's really a little bit of an unknown to what the risk factors are for developing this disease."

Most salivary gland cancers form in one of the parotid glands, as Yauch's did, just in front of the ears. It is a difficult surgery to remove the cancerous cells, because the facial nerve goes through the parotid, according to the cancer society website.

The site says both surgical methods and radiation treatments have improved in recent years. Unfortunately, targeted drugs have not been very effective against salivary gland cancer.