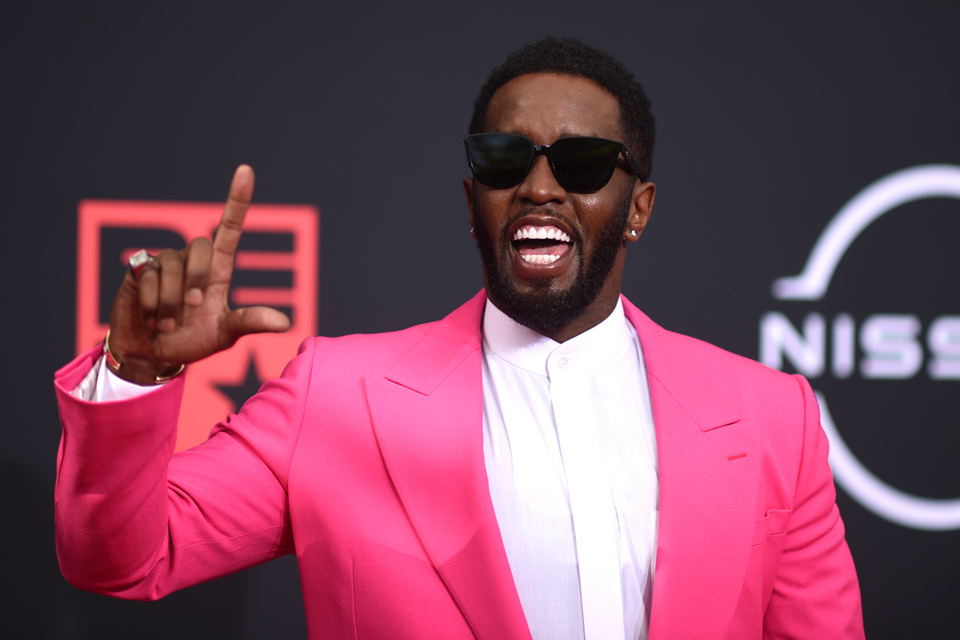 LOS ANGELES (AP) — With a speech about his own inspirational dream for the Black community, Sean “Diddy” Combs channeled the spirit of the Rev. Martin Luther King Jr. while accepting the BET Awards' highest honor Sunday night.

After Combs received his Lifetime Achievement Award, the music mogul said God put a special message in his heart to deliver his “new dream.” He was presented the award by Babyface and Ye (formerly known as Kanye West), who called Combs his “favorite artist” growing up.

"I have this dream of us unifying."

The BET Awards celebrate the contributions that people of color have made through the entertainment realm, highlighting winners in 19 categories, including film and sports.

Doja Cat, Drake and Ari Lennox entered the awards with the most nominations, but came away with no trophies. Silk Sonic — formed by Bruno Mars and Anderson .Paak — won two awards including album of the year for their project “An Evening with Silk Sonic.”

During Combs' speech, he paid homage to the late Andre Harrell, who launched his career, as well as his mother for working several jobs during his childhood and the late Kim Porter, his longtime girlfriend and mother of his three children.

“I miss you so much Kim,” said Combs. Earlier, in a star-studded tribute performance to Combs, he dedicated an emotional video montage to Porter. The nostalgic tribute included appearances from Mary J. Blige, Lil Kim, Busta Rhymes, Jodeci, Shyne and Faith Evans.

Combs founded Bad Boy Records and is a three-time Grammy winner who has worked with a slew of top-tier artists including Notorious B.I.G., Blige, Usher, Lil Kim, Evans and 112. He created the fashion clothing line called Sean John, launched Revolt TV with a focus on music and has his own vodka. He also produced the reality show “Making the Band” for MTV.

In 2004, the rapper-producer played Walter Lee Younger in the Broadway revival of “A Raisin in the Sun,” which aired as a television adaption four years later. He's also appeared in films including “Get Him to the Greek” and “Monster’s Ball.”

Babyface and Ye both called Combs a “legend.”

“This man has been through and survived a lot of stuff and broke down a lot of doors so we can be standing – I know for me, that I can be here today,” said Ye, wearing a black face covering. “He broke down so many doors of classism, taste, culture, swag.” 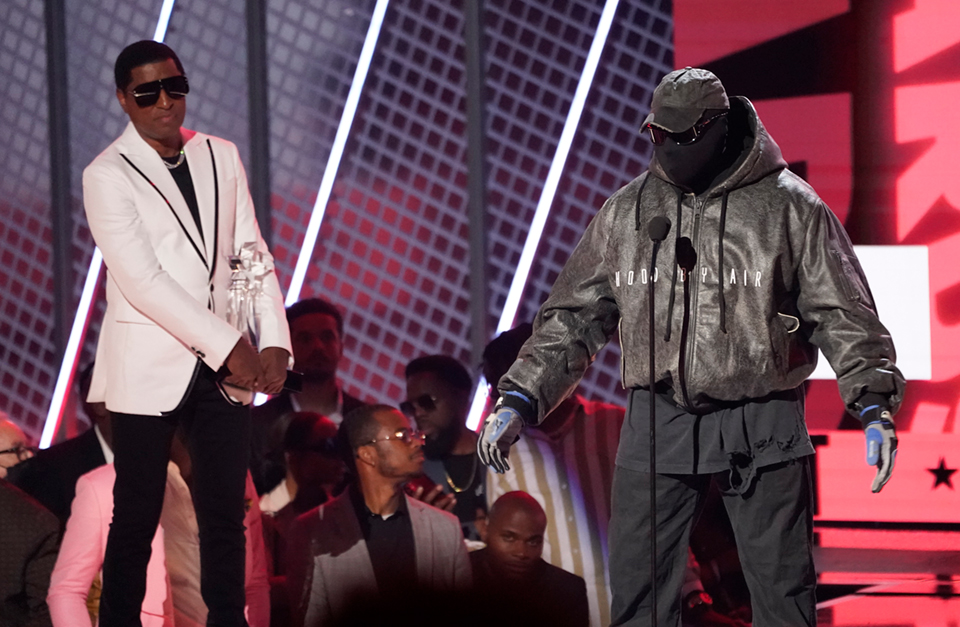 Combs’ honor came on the same night when other big stars used the BET Awards to strongly criticize the Supreme Court’s recent decision to strip away women’s constitutional protection for abortion.

Henson took the stage as the show's host with an uplifting message about “Black excellence” before she launched into the court’s overturning of the landmark Roe v. Wade ruling last week. The actor took the stage after Lizzo opened the show with a flute solo in a glittery-gold outfit performing her single “About Damn Time.” 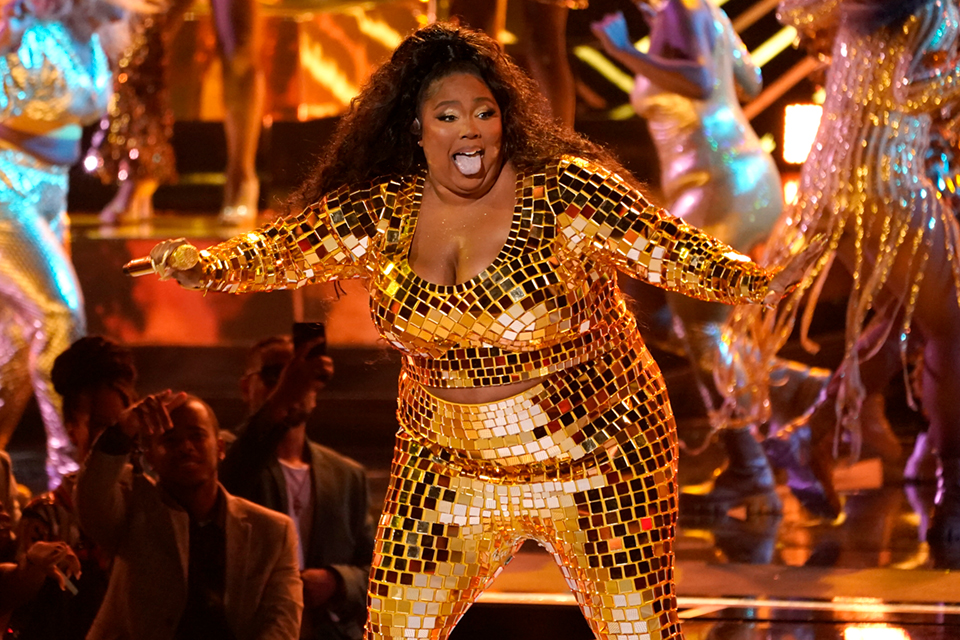 Lizzo performs "About Damn Time" at the BET Awards on Sunday, June 26, 2022, at the Microsoft Theater in Los Angeles. (AP Photo/Chris Pizzello)

“It’s about damn time we talk about the fact that guns have more rights than a woman. It’s a sad day in America,” said Henson. She thanked Lizzo, who along with ticket seller and concert promotion company Live Nation recently donated $1 million in tour proceeds to Planned Parenthood. 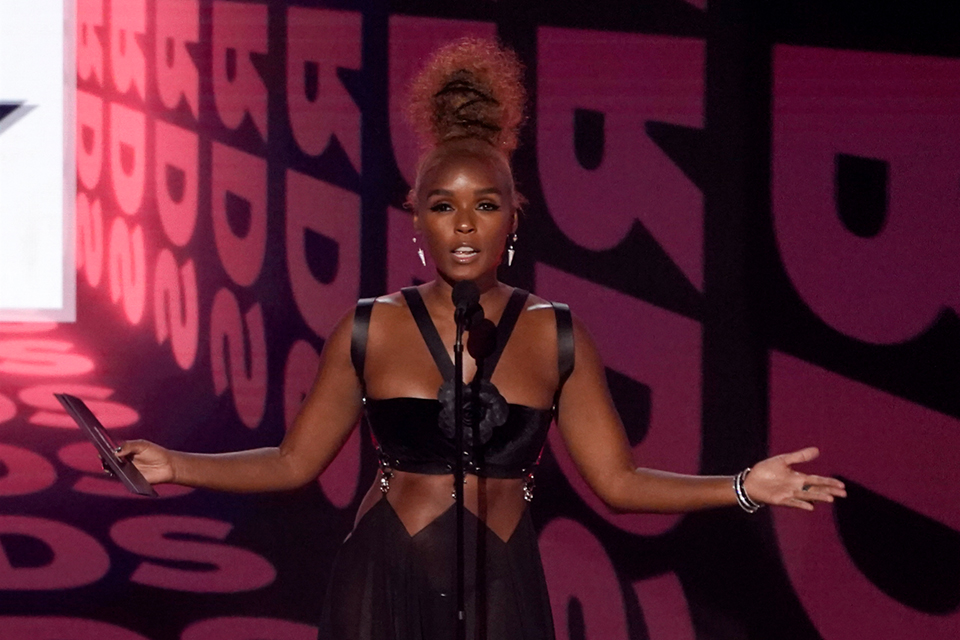 “These artists are making art on our own terms, owning our truths and expressing ourselves freely and unapologetically in a world that tries to control and police our bodies, my body and our decisions, my body,” said the singer, who also paid homage to the LGBTQ+ community. “F--- you Supreme Court. I know we’re celebrating us right now, as we should. We absolutely deserve to celebrate — especially now we should celebrate our art by protecting our right and our truths.”

Afterwards, Monae introduced Grammy winner Jazmine Sullivan as the category’s winner — who made a plea to men for their support of women. 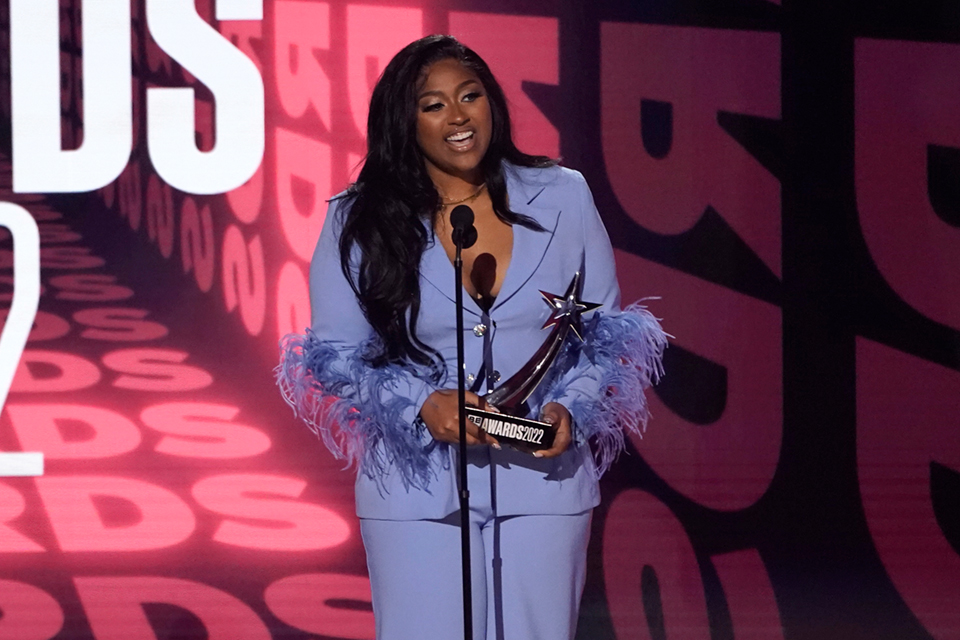 “It’s a hard time for us,” Sullivan said. “I want to speak directly to the men: We need y’all. We need y’all to stand up, stand up for us, stand up with us. If you’ve ever benefitted from a woman making one of the toughest decisions of her life, which is to terminate a pregnancy, you need to be standing. This is not just a woman's issue. This is everybody’s issue. We need your support more than ever.” 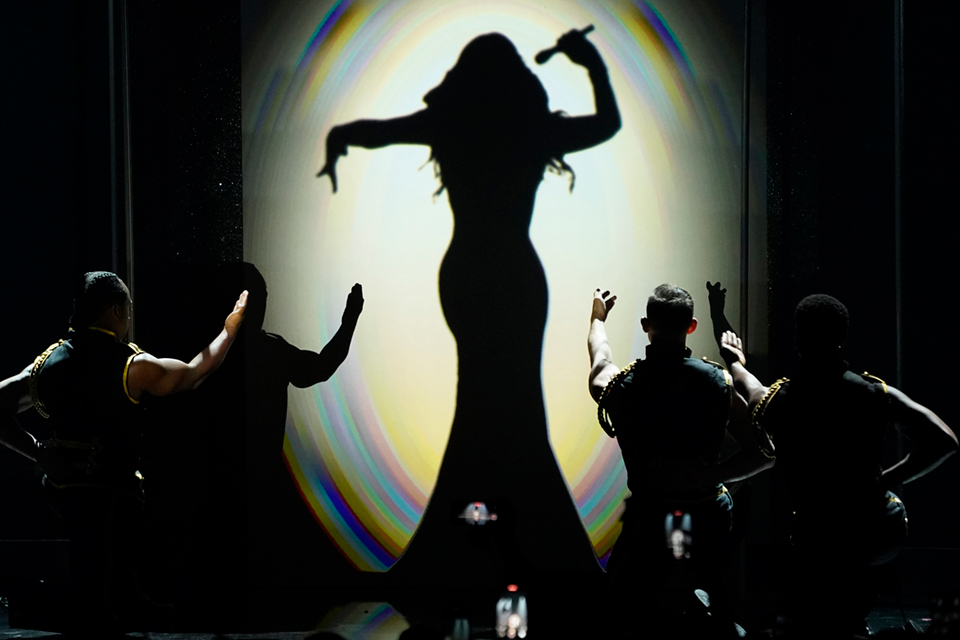 Mariah Carey performs at the BET Awards on Sunday, June 26, 2022, at the Microsoft Theater in Los Angeles. (AP Photo/Chris Pizzello)

Singer Tems dedicated her best international act award to the many women who “dare to dream.”

“Where I’m from, things like this don’t happen,” said the Lagos, Nigeria-born singer who won best collaboration with Justin Bieber and Wizkid for their song “Essence.” “This is a dream. If you’re watching me, I want you to imagine yourself as me because you are meant to be here too.” 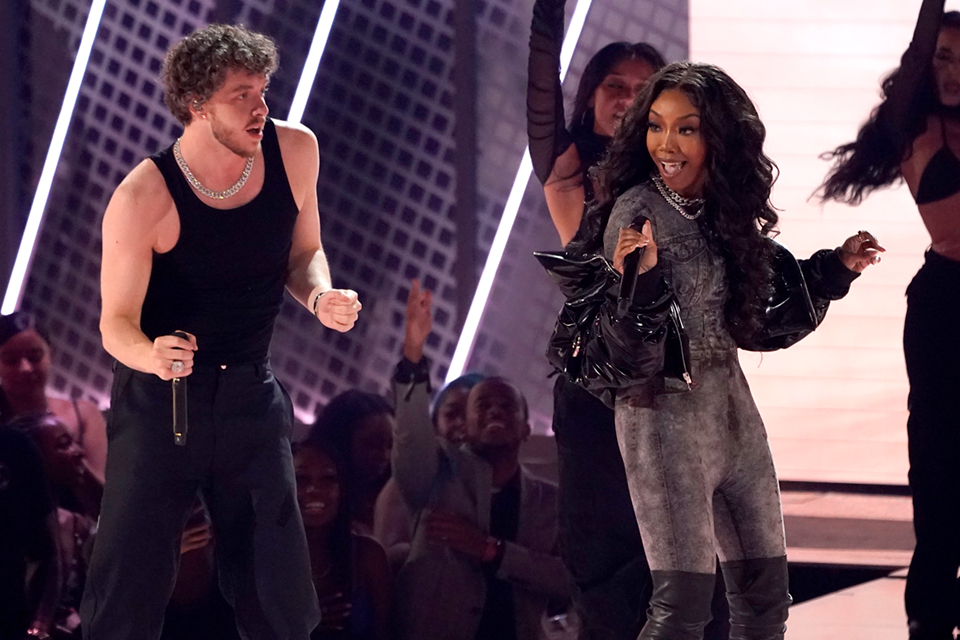 Mariah Carey performs at the BET Awards on Sunday, June 26, 2022, at the Microsoft Theater in Los Angeles. (AP Photo/Chris Pizzello)

Jack Harlow performed “Poison” alongside Lil Wayne before Brandy hit the stage with him for his hit “First Class.” While Harlow and Brandy performed, the camera turned to her brother, Ray J, who was seen dancing in the audience.

Chance the Rapper and Joey Bada$$ performed “The Highs & the Lows.” In her pink gown, Muni Long opened her set with a snippet of “Time Machine” before her jam “Hrs & Hrs.”