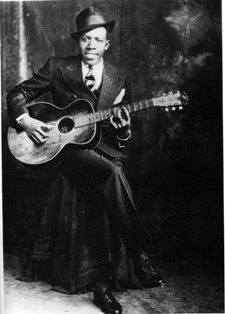 (AP) -- Economic development officials, legislators and others believe Mississippi's next cash crop is its musical heritage.


The state's contributions to music stretch across genres -- from the blues of B.B. King, Robert Johnson and Muddy Waters to the rock 'n' roll of Elvis Presley and the country twang of "Singing Brakeman" Jimmie Rodgers.
Just being the birthplace or former residence of famous artists has been enough to draw thousands of tourists to the Deep South state each year, leading to billions of dollars in tourism revenue.
The Mississippi Economic Council will hold its 61st annual meeting next month, and the event will focus on how the state's musical heritage impacts economic development.
Headliners for the April 15 program in Jackson are country singer Marty Stuart and rhythm and blues veteran Dorothy Moore.
MEC President Blake Wilson said the state's music should be showcased. He said Mississippi is a leader when it comes to producing talent.
Lawmakers also recognize the revenue potential of music. They've responded in recent years by approving various projects to support music-inspired tourism.
The Mississippi Blues Commission was established in 2004, and work soon began on creating a winding blues trail. The trail is a series of more than 100 markers across the state highlighting significant or historical places and people connected to blues music.
Wilson said the state's blues trail is comparable to the Robert Trent Jones Golf Trail in Alabama. He said the golf trail has been a huge economic development tool that's attracted international attention to the neighboring state.
"I can't count really more than five top name singers that come out of Alabama, but there are so many that have come out of Mississippi. In that, we have an edge," Wilson said.
Last year, lawmakers approved efforts to start a Mississippi Country Music Trail, which is expected to serve the same purpose as the blues trail, but on a smaller scale, for now. The trail will have about 30 markers.
"One reason the country music trail will be particularly good for Mississippi is that many of these country music stars are alive and performing," said Senate Tourism Committee Chairwoman Lydia Chassaniol, R-Winona.
Chassaniol said trail markers will dot the state, and not just be limited to east Mississippi, where Rodgers once called home.
Few would argue that blues music is second only to gaming as the main tourism draw in the Delta, a notoriously poor region that's also the birthplace of a slew of artists whose work has inspired such rock icons as Robert Plant, the Rolling Stones and Eric Clapton.
Indeed, one of the best examples of music-driven economic development can be found in Sunflower County, where the B.B. King Museum and Delta Interpretative Center opened in Indianola in fall 2008.
Overall tourism was down 7 percent in Mississippi last fiscal year -- from $6 billion in 2008 to $5.6 billion. In Sunflower County tourism was up 12.5 percent, increasing by more than $1 million over the same period.
Indianola Mayor Steve Rosenthal credits the museum with helping sales tax revenue maintain steady year-to-date increases nearly every month. He also said three restaurants have opened since the museum started operating in the city with a population of about 11,000.
"Sunflower County is the model," said House Tourism Committee Chairwoman Diane Peranich, D-Pass Christian. "You can take that same model to different places and spur the economy, and give prosperity to others."
Peranich said a $410.3 million bond bill that passed the Mississippi House includes funding for various other projects, including $4 million to expand Elvis Presley's birthplace in Tupelo; $2 million for the Tunica Gateway to the Blues Museum and $2 million to expand and renovate the Jimmie Rodgers Museum in Meridian.
Bond bills from the House and Senate are in final negotiations as the 2010 session winds down.