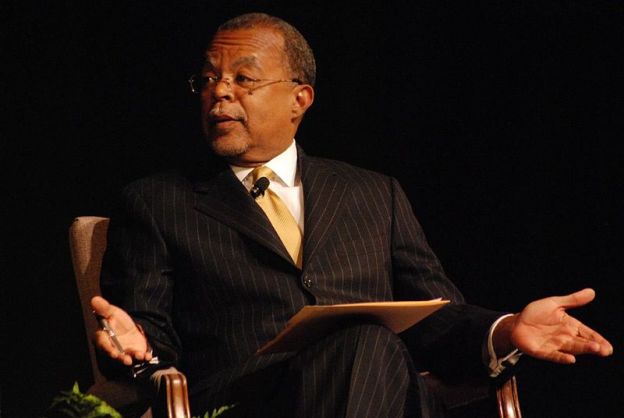 Born in Keyser, W.V., on Sept. 16, 1950, Dr. Henry Louis Gates, Jr. is the Alphonse Fletcher University Professor and Director of the Hutchins Center for African and African-American Research at Harvard University. He is the author of 16 books, has made 12 documentaries, and is the editor-in-chief of The Root, a daily online magazine.

Here he talks about his new PBS series, The African Americans, and its companion book of the same name. The show is set to premiere on Tuesday, Oct. 22, at 8 pm ET/PT. (Check local listings)

Kam Williams: Hi Dr. Gates, thanks for another interview. I really appreciate the opportunity.
Dr. Henry Louis Gates: Hey, Kam, I appreciate it. You're doing me the favor, brother.

KW: The last time we spoke to you was before the Boston Marathon. Were you in town that day?
HLG: Yes I was. In fact, my girlfriend, who's a history professor in Cuba, was over there because she had left her wallet in a restaurant right nearby. I couldn't reach her after I heard the news about the bombing, because all of the cell phones in that area were immediately jammed. So, I freaked out, of course, until she called. But what a horrible tragedy.

KW: I'm glad she was okay. What was the biggest challenge in covering 500 years of African-American history in a six-hour PBS-TV series?
HLG: Precisely that, covering 500 years of African-American history in six hours. [Chuckles] Well, I've been working on this for seven years. The biggest challenge was deciding which stories to tell. In a one-hour documentary, you can tell maybe ten stories. That's how the documentary is structured. I wrote to forty of the greatest historians of both African and African-American history, and hired them as consultants. I had them submit what they thought were the indispensable stories, the ones they felt this series absolutely had to include. And we got about a thousand different suggestions which we had to boil down to seventy. So, my producers and I worked with these consultants and came up with seventy which we think are exemplary of the larger arc of African-American history between 1513 and 2013. We covered half a millennium, and it's amazing.

KW: What was your biggest surprise?
HLG: The biggest surprise for me, without a doubt, was that the first black people who came to the United States weren't the 20 who arrived in Jamestown in 1619. All of us had been taught that. Well, guess what? The first African came to Florida in 1513. And the huge shock is we know his name, Juan Garrido, and that he wasn't a slave. He was free! This brother was a conquistador who came with Ponce de Leon. He was looking for the Fountain of Youth just like the white people were. Then, the first slave came to Florida in 1526. The first one we know by name, Esteban, which means Stephen, came a couple of years later. So, we start with the stories of Juan Garrido and Esteban to show that African-American people have been here a century longer than anyone thought, and that the diversity we see in the African-American community today has existed since the beginning. You had one guy who was a slave, and another who wasn't. And I actually know what happened to them. Garrido ended up getting good jobs and a pension in Mexico which was the center of New Spain, as it was called. Esteban ended up being killed by the Zuni Indians.

KW: I haven't seen any of the series yet, but I found the book very informative and surprising, and I majored in Black Studies.
HLG: Yeah, like the amazing story of Anthony Johnson. This man was a slave, then became free, accumulated 250 acres, and even had his own slave, a black man who took him to court in Virginia in 1654. That man argued that he should be freed like an indentured servant. But Johnson, who we believe was a pure African from Angola, said, "No way, you're my slave." And the court agreed, ruling that the man was a slave for life. So, we can see that the complexity we witness inside the African-American community today has always been there. Black people were just as noble and just as ignoble as anybody else.

KW: Editor/Legist Patricia Turnier says she considers your Africana Encyclopedia one of the most important literary contributions to the black world. She hopes it will be translated into other languages and that there will be a junior version because the youth definitely need to know our history and heritage. As an Afro-Canadian, she'd like to know whether the new PBS series will touch on the stories of escaped slaves who fled to Canada.
HLG: Thanks for the kind words, Patricia. As far as covering Canada, absolutely! We go to Ontario where we recount the feats of Harriet Tubman and the Underground Railroad. Many people don't know that she left the United States to live in the Province of Ontario. We go to her church in the small town of St. Catherines. So, yes, Patricia, we do tell the story of the escaped slaves who moved to Canada.

KW: Harriet Pakula-Teweles says: Three researchers have just been on the news explaining what it was like when they heard they'd won the Nobel Prize. What's it like to unearth, authenticate and publish a previously undocumented historic manuscript?
HLG: Harriet, that's a wonderful question! It's like finding a treasure chest hidden in a cave. It's the ultimate rush! Finding and authenticating "The Bondwoman's Narrative" by Hannah Crafts was one of the greatest thrills of my whole life. [Chuckles]

KW: Harriet also observes that in your memoir, "Colored People," you evoke an extraordinary sense of community at the annual picnics. How can we look back and recapture that sense while at the same time moving forward to a more multi-ethnic, multi-cultural society?
HLG: Well, I think that is what we do by preserving and telling our stories. If you don't tell your stories, other people will tell their story about you. It's important that we nurture and protect these memories. Things change. Existence means change. So, the kind of precious memories about being black for my generation won't exist for my kids' and grandkids' generations unless we preserve them through fiction, through film, through comic books, and every other form of media we can possibly utilize to perpetuate the story of the great African-American people.

KW: Bernadette Beekman asks: If you were giving advice to a high school senior with equal ability in the arts and sciences, which field of study would you encourage the student to pursue in college?
HLG: I'd say imagine that you wake up one morning when you're going through a midlife crisis. You're getting divorced. Your kids won't speak to you. Their faces are covered with acne, and you have to decide why you should get out of bed. That's the career you should pick. The one that keeps you going no matter what, even if your life is falling apart. That's how I feel about my career. The truth is I would do my job for free! I love it every day. If you can possibly choose a vocation that's an avocation, a job that's really a hobby, then you'll be way ahead of the game. You should not pick an occupation because your think your parents want you to do it, or because you think it's the noble thing to do. You should only pick a job because it turns you on.

KW: Documentary director Kevin Williams says: While making our film, Fear Of a Black Republican, and also while screening it around the country, we have come across multiple divides, political affiliation, age, education, geographic, over the use of the term "black" versus "African-American." Have you encountered different preferences in your travels around the country?
HLG: No, I find that people today tend to use them interchangeably. I use African-American, because I teach African Studies as well as African-American Studies, so it's easy, neat and convenient. But sometimes, when you're in a barber shop, somebody'll say, "Did you see what that Negro did?" A lot of people slip in and out of different terms effortlessly, and I don't think the thought police should be on patrol.

KW: Dinesh Sharma says: In my forthcoming book, "The Global Obama," Professor Ali Mazrui refers to the president as a "great man of history." Do you agree?
HLG: Yes, without doubt, President Obama is a great historical figure.

KW: Thanks again for the time, Dr. Gates, and best of luck with both the book and the TV series.
HLG: Okay Kam, I love talking about every project with you.