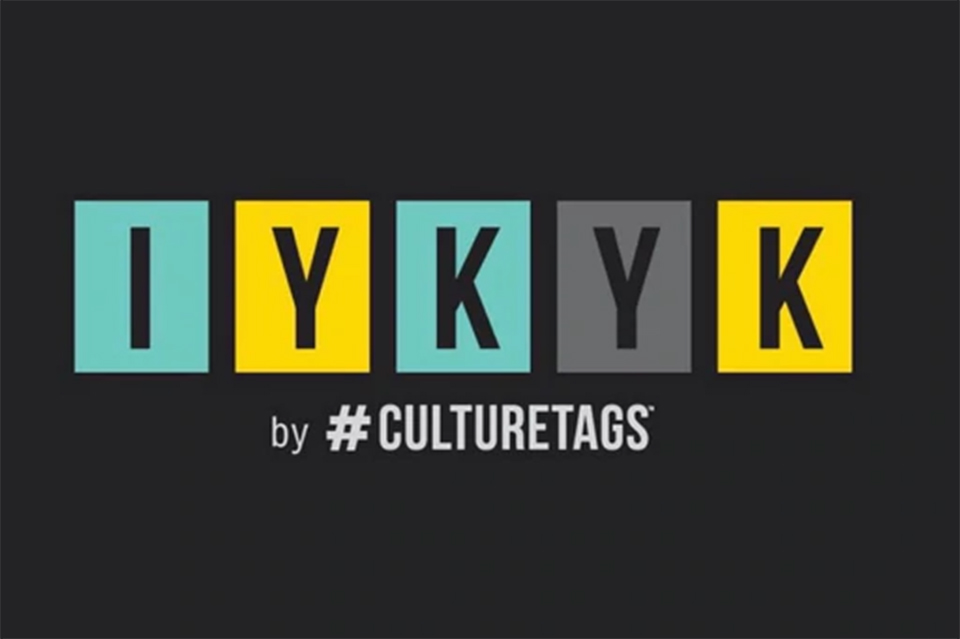 At the height of the pandemic, a new card game burst onto the scene from cultural curator and Because Of Them We Can founder, Eunique Jones Gibson. Inspired by a viral social media acronym that hundreds of people seemed to be able to decode with ease, CultureTags was born, expanding to Target stores nationwide only 9 months after its successful Kickstarter campaign.

“I was online and I saw a long acronym in my Instagram feed. There was no context and people were amazed at their ability to decode it with no help. I was one of those people."

"As I read the comments and laughed in agreement, I realized this was a game"

"It wasn’t until December 2019 that I actually started to take creating it seriously. By New Year’s Eve, I had a prototype that I debuted at our annual NYE party,” Gibson told Because of Them We Can.

If you know, you know

Since then, fanfare around the card game has only increased, becoming a mainstay in many households. Now Gibson is back with a new iteration, entering into the digital space with IYKYK, a new online app inspired by the popular Wordle game.

The cultural visionary said she had the name before anything else, purchasing the highly coveted domain, IYKYK.com, last year with no real plans for it. Then, this February, someone tweeted a request for an everyday version of CultureTags.

Can we get a daily #CultureTag game like Wordle .@culturetags?

Soon after Gibson started playing Wordle, the vision was cemented and a month later, the first version of the online game is up and running!

“For the last 4 weeks this is what my team has been working on, amongst many other things. I’m proud of this. It’s FTC (for the culture) and it’s a fun way to keep your mind sharp. Thanks to everyone who has played thus far!,” Gibson wrote in a post announcing the new app.

Currently, the app holds 365 new CultureTags (culturally relevant acronyms and abbreviations) which update every day at midnight on the IYKYK app. Gibson says if she can promote Wordle the way she did, she’ll for sure be playing and promoting her own game with the same fervor. She also is encouraging anyone who may be looking at her story as inspiration to also take risks and never be afraid to do something different.

“Keep doing the things that scare and excite you! The worst that can happen is you’ll grow!,”

Users have already begun sending in rave reviews and adding IYKYK to their daily word game routines. You can play too at www.IYKYK.com.

Here's a tip — save the site to your homescreen to make daily access easy!