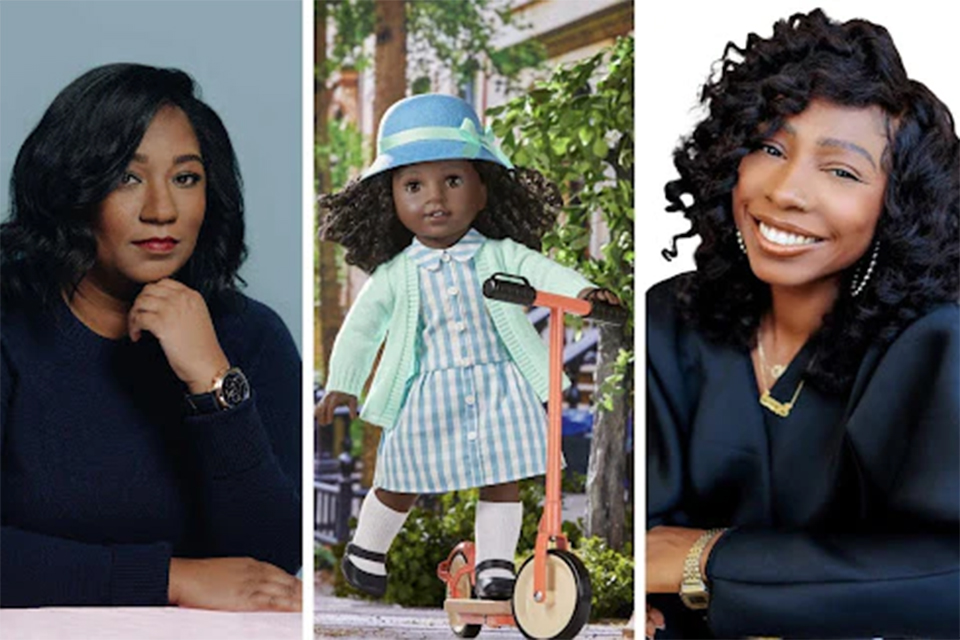 American Girl dolls are a beloved collector’s item for children everywhere. The dolls started as a way to teach American history to children, creating dolls with deep character backstories. There was Addy, a fugitive slave who escaped to Philadelphia with her mother during the Civil War, Josefina, who grew up in 1824 just before the Mexican-American war, and Nellie, a child laborer whose best friend Samantha is an orphan. But over time the dolls grew into household staples, an entire generation of girls growing up with the dolls. Today, some adults throw parties at American Girl Doll cafes and the adorable toys are often the source of hilarious memes that place the dolls in modern-day historical moments.

Recently, American Girl announced a new doll, Claudie, tapping New York Times best-selling author, Brit Bennett to write the back story. Bennett is the author of popular novels The Mothers and The Vanishing Half and said she too had an American girl doll growing up. Bennett said she was ecstatic to write the backstory for a new character, Claudie, who is a young girl growing up during the Harlem Renaissance.

“My sister and I grew up playing with the dolls. They had a software where you could write your own plays using the character, and we put on a play at the public library that was an American Girl-themed play,” Bennett recalled.

The doll Claudie lives in a boarding house with her mother, a reporter, and her father, a baker. She also has a younger brother and the family shares their home with a group of creatives including a painter, musician, and vaudeville singer. Bennett said she wanted to make sure she wrote a character backstory that was inspired by real events and connected with the audience today.

“I knew that I wanted to write about this boarding house in Harlem because it felt sort of weirdly paralleled to this moment we’re currently living through. These people were coming out of a pandemic, these people were coming out of a war. You’re in this moment where you’ve experienced this cataclysmic event and then life just kept going, and what happened next?,” Bennett told reporters.

To make Claudie’s world even more magical, the company tapped Harlem’s Fashion Row and Sammy B designer Samantha Black to create special outfits for the doll. Black worked to bring the pizazz of 1920s Harlem to life, creating 3 signature looks that really brought everything home. The first look is a traditional 1920s style, showing Claudie in a blue satin and lace dress with a white fur coat. The second is a skater-style dress complete with a sheer cape, gold bow sandals, and a crown. Black calls that look the “wow moment.” The third look from the designer is more traditional and rooted in Black’s memory of childhood holiday outfits, Claudie donning a sequined sweater with faux-fur details, a pleated pearl satin skirt, sparkly black tights, Mary Jane shoes, and a matching sequined headband.

“I feel like every little girl has this kind of outfit,” Black said of the third look. “It reminded me of getting ready as a child [to see family.] I thought, What would a little girl like to see? But also, What would I like a little girl to see,” said Black. 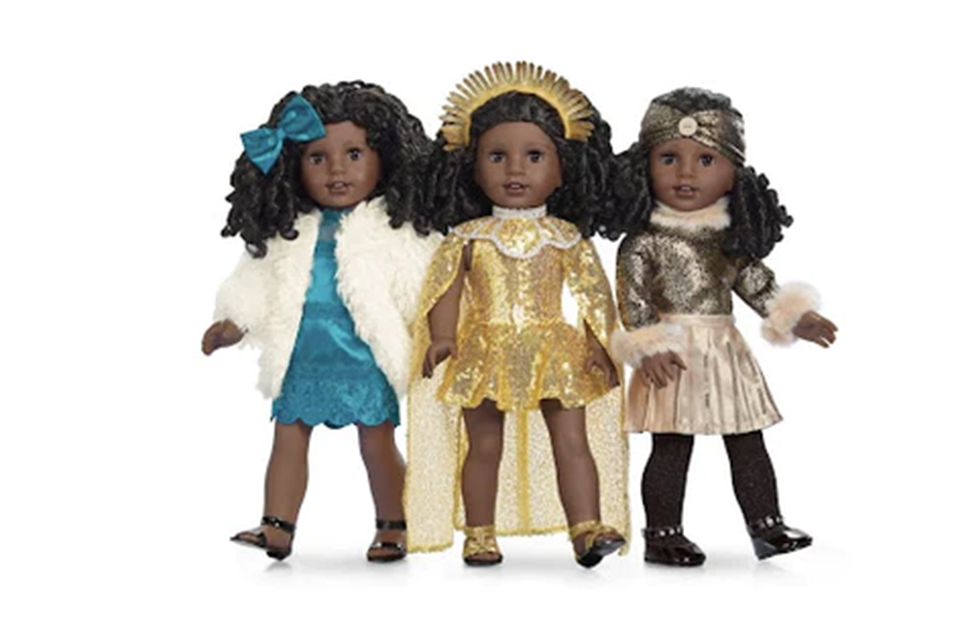 For both women, being a part of such an iconic brand and helping bring this doll to life feels like a childhood dream come true.

“I’m really excited for my parents to see it because they were with us in the American Girl trenches when we were looking through the catalog every Christmas and circling what we wanted. And they were dutifully trying to find a way to make this happen,” said Bennett.

Black echoed similar sentiments, saying, “ I wanted a doll for so long, and when I finally got one, I was like, Oh my gosh, I couldn’t even touch it. It sat there like a trophy. So I feel really honored to be a part of such an iconic brand but also to enter this world and show all the young girls like me that we can be a part of this in an even deeper way that I never even imagined.”