The U.S Postal Service Revealed Their 2023 Stamps and Toni Morrison and Ernest J. Gaines Are Featured 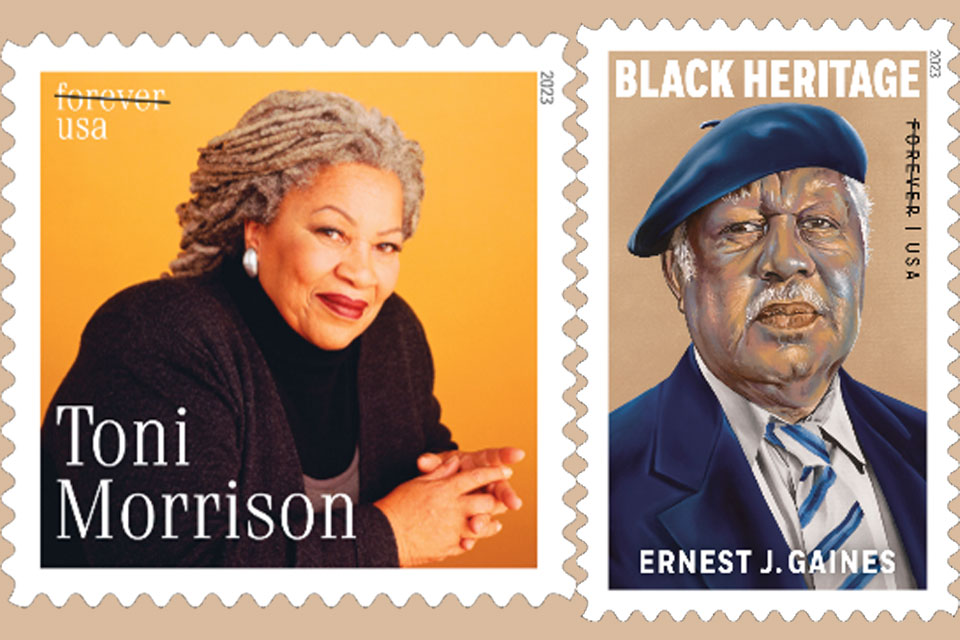 The United States Postal Service has rolled out their 2023 slate of stamps and it includes literary legends, Toni Morrison and Ernest J. Gaines.

The U.S. Postal Service has been commemorating historical Black figures with stamps for a while, such as art pioneer Edmonia Lewis, trailblazing journalist Gwen Ifill, and the legendary performer and activist Lena Horne. Toni Morrison, who made history in 1993 as the first African-American woman to win the Nobel Prize for Literature, just received her own stamp, which was designed by Ethel Kessler. Earnest Gaines gained popularity after his novel, The Autobiography of Miss Jane Pittman, and his stamp was designed by Robert Peterson.

USPS Stamp Services Director William Gicker stated, “The 2023 stamp program features a broad range of subjects and designs. These miniature works of art highlight our unique American culture and offer a broad selection for those looking to collect stamps or send their mail around the nation or the world.”

Other prominent figures are scheduled to be honored, such as former Supreme Court Justice Ruth Bader Ginsburg of and civil rights leader Chief Standing Bear.

We can’t wait to see them!