Jennifer Hudson: How She Survives After Tragic Murders

The Associated Press for The Skanner News
Published: 12 February 2011 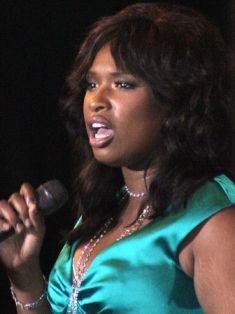 In a tearful interview, singer and actress Jennifer Hudson said she's still trying to make her mother proud, and that's what has kept her going since her mother and two other family members were murdered.

Hudson, who has repeatedly declined to talk publicly about the killings, didn't directly address the details of the October 2008 slayings in Chicago of her mother, brother and 7-year-old nephew. But in an interview on "The Oprah Winfrey Show" that was broadcast Thursday, she discussed the source of the drive that quickly got her back on stage and in the recording studio just months after the tragedy.

"I try to do everything to say, 'OK, will my mother like this? Will she be pleased? Will she be proud of that? How do I know she's happy and she's smiling down at me from heaven?"' Hudson said. "And that's what I try to go by and walk by."

Shedding tears, Hudson said she could hear the voices of her brother and mother telling her to "knock it off," stop crying and keep going.

In October 2008, the bodies of her mother, Darnell Hudson Donerson, and brother, Jason Hudson, were found in the family's Chicago home.

The body of her 7-year-old nephew, Julian King, was found days later in a sport utility vehicle about 10 miles (16 kilometers) away. All three had been shot.

The estranged husband of Jennifer Hudson's sister, Julia, is charged with first-degree murder in the killings.

Hudson, 29, said she doesn't know if she's started to heal yet.

Her son, born in August 2009, is a source of strength, she said, and "the cutest little baby in the whole wide world."

Hudson performed her new single, "Where You At," and talked about how she lost 80 pounds (36 kilograms) by resolving to get in shape after childbirth.

Three of Hudson's cousins _ a bus driver, a teacher and a medical administrator _ joined her on the show to talk about their own weight loss and model clothes chosen for them by "Project Runway" host Tim Gunn.

Hudson, a spokeswoman for Weight Watchers, credited the program and her determination for her weight loss. Winfrey announced that audience members at the show each would get three free one-year memberships to Weight Watchers so they could sign up with two friends.

Hudson said her fiance, David Otunga, has had trouble adjusting to the attention other men are paying to her since she dropped from a size 16 to a size 6.

"It's like a brand new me," Hudson said. "Sometimes I don't even recognize myself."