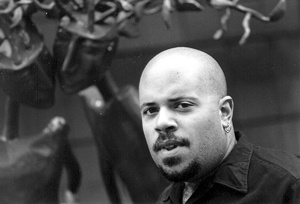 Just imagining a career in the movie industry is a far-off dream for most people. Actually making it in the highly competitive world can be even tougher.
But one local filmmaker and critic says it's not as hard as it seems, it just takes a bit of tenacity, a lot of dedication and a good dose of talent.
David Walker, the longtime film critic for the Willamette Week and creator of three unreleased films, didn't get his start in the film industry because of family connections, movie star good looks or luck. Walker says he got his start as a filmmaker and critic by using his strong taste for words and love of film.
"I think I was born to be a writer," he says.
Despite beginning school to become a graphic designer, Walker spent much of his time hanging out with the film majors while going to school in New York. After realizing he wasn't happy designing for a living, he dropped out of school and dedicated himself to writing screenplays.
When his early efforts at fiction turned out to be "terrible" (Walker's word), he turned to the world of nonfiction and created a documentary about the Blaxploitation films of the 1970s, "Macked, Hammered, Shafted and Slaughtered."
"I knew these were stories that weren't being told," he said. "I was old enough to remember a lot of those movies. And I asked, 'Where are all those people now?'"
In 1996, during the making of "Macked" Walker began self-publishing a zine titled "BadAzzMoFo" that provided reviews on hundreds, if not thousands, of exploitation films, cult classics and other pulp fare from the '70s. After hundreds of hours were spent consuming these gems of '70s cinema, Walker became known as an informal expert among film reviewers. His dedication, he says, led directly to his job with Willamette Week.
Another piece of advice for budding film writers – know your stuff, says Walker. It's about more than knowing how to write, it's about knowing what you're writing about.
"You do have to know more than the average person," Walkers said. "I look at my job like a consumer advocate."
Using a ton of subjectivity and knowledge of good story telling techniques, Walker is able to give Portland film buffs a bird's eye view of mainstream and independent films showing in town.

FROM FILM REVIEWER TO FILMMAKER

Walker said he's never thought of himself as a Black filmmaker.
"I'm a human being first," he said. "My grandparents, they marched and they protested for equality. … They raised us as human beings … no better, no worse."
The son of a White mother and African American father, Walker was raised on the East Coast in what he described as the "crappiest house in the whole town." But despite some of Walker's early economic and social barriers – as well as his innate stubbornness — he said it has only strengthened his resolve to do what he loves.
"I came from a family (that was) completely blue collar," he said. "We were raised to not be ashamed of what you do (for a living). You should find something that fulfills you."
What fulfills Walker is bringing the Blaxploitation films of the 1960s and 70s into the mainstream's consciousness.
His documentary, "Macked, Hammered, Shafted and Slaughtered," is based on such films and was a headliner at the recent Langston Hughes African American Film Festival in Seattle.
Walker said he started the documentary years ago, around the same time he published the first issue of "BadAzzMoFo."
It should come as no surprise that someone raised in a blue-collar family focused on a genre of films made on shoestring budgets. Instead of the box-office hits from his youth, what caught Walker's attention were films like "Shaft," "Dolemite," "Blackula" and "The Spook Who Sat By the Door" and other Blaxploitation films that, while some exploited sex and violence, were often hailed as stinging critiques of the White power structure not seen in mainstream cinema.
Walker's fiction also focuses on the racial divide that separates and sometimes unites Americans. "Uncle Tom's Apartment" is an unfinished film about an African American man who finds himself raising the White children of a childhood friend. The film also played at the Seattle film festival, although Walker said many in the audience focused too much attention on the main character's race.
"It was the sort of film I wanted to see," he said. "It's just about being a decent human being. At some point these two guys were best friends and felt so comfortable he wanted them to be the godfather of his children. It's about accepting responsibility not just for your children but for your neighbor's children."
These are the types of films Walker would like to see represent the African American community.
"If someone told me I could only make films about the Black experience, that would be fine," said Walker, adding that the films wouldn't look anything like the current mainstay of Black cinema. "I don't want to make anything that makes my culture look stupid or the butt of a joke."

Making a movie is a lot less expensive than it used to be, says Walker. For less than $100, it is now possible to use a rented digital camera, donated time from friends, and a homemade script to make a movie.
Training centers like Portland Community Media can provide the technical knowledge, and libraries can provide the books and movies a budding writer or filmmaker needs to improve their craft. Walker said anyone with talent and perseverance has a chance in the film industry, and with Internet self-publishing, digital equipment and a good story structure, Hollywood could be turned on its head.
"A combination of filmmakers and audiences are changing the way they view things, Walker said of mainstream American film industry leaders. "We're on the verge of seeing an underground movement of film very similar to the music scene, technology is now allowing that for film."