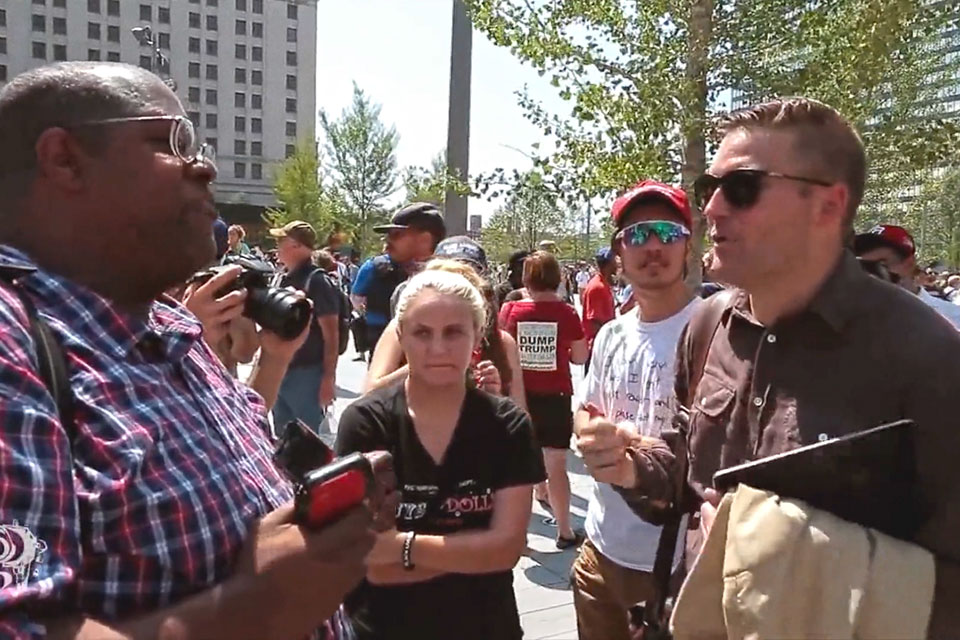 The election of Donald Trump has ostensibly served to embolden Ku Klux Klansmen, neo-Nazis and the rest of the Alt-Right movement, and it also seems to have given these social outcasts hope of moving into the mainstream. In fact, the American Renaissance Conference, an annual gathering of white supremacists, was suddenly so popular that organizers had to shut down registration weeks before the event was staged last July.

It was clear to the participants that the new President had sent out a signal that it's perfectly fine to be a racist. And they showed up in droves, not bothering to hide their faces as they entered the venue, although there's footage of one snarling, "Don't record me, [N-word!]" at a black counter-demonstrator with a camera.

But from footage shot at that rally in Dickson, Tennessee, you could already see trouble was brewing. For, there's a chilling video clip of a neo-Nazi revving his engine as if he wanted to hit some protesters standing in the street. "You're not running anyone over!" a female marcher yelled at him. This was just a month before the Charlottesville rally where Heather Heyer was struck and killed by a car driven by one of these hate-filled creeps.

Directed by Adam Bhala Lough, Alt-Right: Age of Rage is an eye-opening documentary chronicling the recent rise of the white supremacist movement in the Age of Trump. This fascinating film features interviews with both neo-Nazis and the intrepid activists determined to expose them.

Specifically, the director opted to focus most closely on Richard Spencer, the advocate of black genocide who coined the term "Alt-Right," and Daryle Lamont Jenkins, an African-American veteran of the U.S. military who fervently believes that "evil flourishes when good people do nothing." For decades, Daryle has dedicated his life to monitoring people like Spencer, if only to inform their bosses and neighbors how they spend their free time.

You might be thinking, "Hey, why not just ignore these neo-Nazis, and maybe nobody will know about them in the absence of any media attention." That tactic might have worked prior to the Digital Age, when recruitment is rampant over the internet.

The picture culminates with the confrontation in Charlottesville where all hell broke loose when the police inexplicably allowed armed white supremacists chanting "Jews will not replace us!" and other vile slogans to surround anti-Fascists in an area of Emancipation Park set aside for a counter-demonstration. Overall, a sobering expose' proving the President wrong when he suggests that there are both good and bad Nazis.