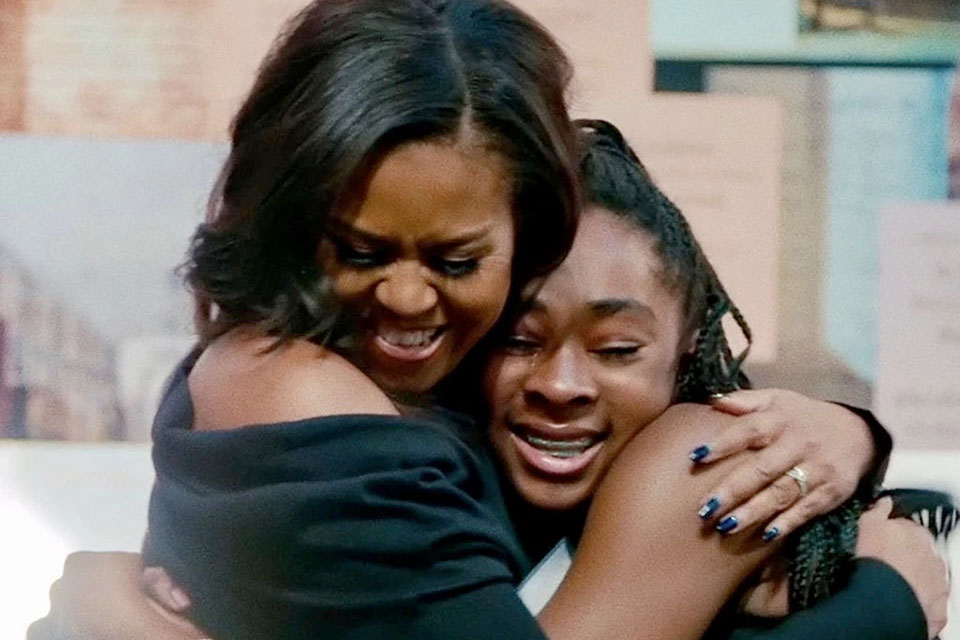 The film follows Obama’s journey as she travels after the release of her “Becoming” memoir. It takes a deep dive into her new normal post White House and the stories of young and old alike as they share their journeys to “become” with the Former First Lady.

Obama took to social media to announce the new documentary, saying, “Those months I spent traveling - meeting and connecting with people in cities across the globe - drove home the idea that what we share in common is deep and real and can’t be messed with. In groups large and small, young and old, unique and united, we came together and shared stories, filling those spaces with our joys, worries, and dreams. We processed the past and imagined a better future.

"In talking about the idea of ‘becoming,’ many of us dared to say our hopes out loud.”

The memoir is on track to becoming the best-selling autobiography in history, selling over 725,000 copies on its first day and more than 10 million in the first couple of months after its release. The staggering hype around the memoir was only superseded by the book tour, which brought millions out to arena-size shows for an intimate conversation with Obama. A moment that the First Lady admits she cherishes even more now.

“I treasure the memories and that sense of connection now more than ever, as we struggle together to weather this pandemic, as we care for our loved ones, and cope with loss, confusion, and uncertainty. But I’m here for you. And I know you are here for one another.

"Even as we can no longer safely gather we need to stay open and able to put ourselves in other people’s shoes.

"Empathy is our lifeline here. Let’s use it to redirect our attention toward what matters most, and find ways to better remake the world in the image of our hopes,” Obama said.

She went on to sing the praises of Nadia Hallgren, who directed the documentary. “It’s hard these days to feel grounded or hopeful, but I hope that like me, you’ll find joy and a bit of respite in what Nadia has made. Because she’s a rare talent, someone whose intelligence and compassion for others comes through in every frame she shoots. More importantly, she understands the meaning of community, the power of community, and her work is magically able to depict it.”

The “Becoming” documentary airs May 6 on Netflix. In the words of our First Lady, “Even in hard times, our stories help cement our values and strengthen our connections. Sharing them shows us the way forward.”

This article was originally published on Because of Theme We Can.