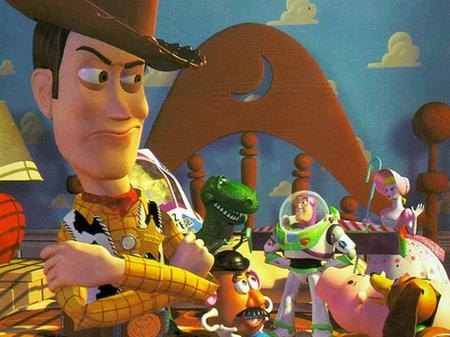 Jonah Hex (Unrated) Screen adaptation of the DC Comics series about a scarfaced bounty hunter of last resort (Josh Brolin) who cuts a deal with the U.S. military to track down his archenemy (John Malkovich), a frightening terrorist threatening to unleash hell. With Megan Fox, Will Arnett, Thomas Lennon and Aidan Quinn.

45365 (Unrated) Droll, slice-of-life documentary, co-directed by siblings Bill and Turner Ross who paint a matter-of-fact portrait of their humble hometown of Sidney, Ohio, the nondescript city with the zip code 45365.

8: The Mormon Proposition (R for profanity and sexual references) Homophobia-themed documentary outing the Mormon Church's secret funding of the anti-LGBT movement, including its spearheading the opposition to the passage of California's Proposition 8 outlawing gay marriage.

Cyrus (R for profanity and sexuality) Dysfunctional family comedy about a divorced guy (John C. Reilly) who thinks he's met the woman of his dreams (Marisa Tomei) until he has to deal with her 21 year-old son (Jonah Hill) still living at home. Supporting cast includes Catherina Keener, Matt Walsh and Zosia Mamet (daughter of David).

I Am Love (R for nudity and sexuality) Bittersweet love story, set in Milan at the turn of the millennium, revolving around a Russian socialite (Tilda Swinton), married to an Italian industrialist (Pippo Delbono), who embarks on an ill-advised affair with a chef (Edoardo Gabbriellini) she's introduced to by her son (Flavio Parenti). (In Italian, Russian and English with subtitles)

Let It Rain (Unrated) Character-driven drama about the sibling rivalry which bubbles back to the surface when a feminist (Agnes Jaoui) with political ambitions returns home to the family manse in the South of France to help her unhappily-married sister (Pascale Arbillot) put their recently-deceased mother's affairs in order. (In French with subtitles)

The Nature of Existence (Unrated) Multi-disciplinary documentary seeks to answer the question "What is reality?" with the help of pearls of wisdom shared by scholars, scientists, mystics, artists and short-order cooks.

Stonewall Uprising (Unrated) Out-of-the-closet documentary revisits the events surrounding the 1969 riot in Greenwich Village in response to an NYPD raid which sparked the Gay Revolution. Includes contemporary interviews with pivotal figures on both sides of the showdown at the homosexual hotspot.

Wah Do Dem (Unrated) High seas saga about a slacker from Brooklyn (Sean Bones) who goes on a very eventful Caribbean cruise to Jamaica alone after he's dumped by his girlfriend (Norah Jones) just a couple of days before they're supposed to set sail.