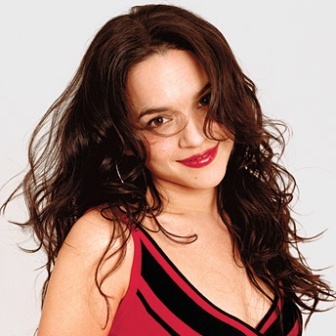 LOS ANGELES (AP) -- British recording company EMI Group PLC said Friday it has raised enough cash to fend off foreclosure by its main lender, Citigroup.
EMI, home of the Beatles, Lily Allen and Norah Jones, said that financier Guy Hands' private equity firm, Terra Firma, intends to invest additional money in EMI so the company can stay in compliance with the terms of its debt.
EMI Music Executive chairman Charles Allen said in a statement that the commitment was "a vote of confidence in EMI from Terra Firma and its investors."
Two people familiar with the matter told The Associated Press that the amount raised was about 105 million pounds ($153 million), the sum EMI needed to stave off default through next March. The people were not authorized to comment publicly and spoke on condition of anonymity.
The new funding comes after talks with rival music companies Universal Music Group, Sony Music Entertainment and Warner Music Group all failed in the last several months. EMI was seeking a partner to distribute its music in North America, which it hoped would raise enough cash to keep Citigroup at bay.
When those talks failed, Terra Firma had no choice but to inject more money into EMI. The funds artificially boost the company's profit to keep it above the required percentage of debt. The money also can be used by the company in its operations.
Through September of last year, Terra Firma had already put 105 million pounds into EMI to meet the loan ratio. It bought the company for 2.4 billion pounds in 2007.
While Hands and other investors can keep pouring in money, Terra Firma will have to fully repay the loan - now about 3.1 billion pounds - by 2015 or potentially lose the company to the bank.
A Citigroup spokesman declined to comment.
EMI has been trying to turn around its operations, largely through cost cutting, amid an industrywide decline in CD sales.
Thanks to a new album from country band Lady Antebellum, EMI's U.S. share of album sales from January through last week rose to 11.5 percent, compared to 9.2 percent a year ago.
But it has suffered from the departure of key artists.
Last month, the Beatles' Paul McCartney took his older catalog of solo songs to Concord Music, the label that helped him create "Memory Almost Full" in 2007. That year, he stopped giving new work to EMI. Rock band Queen is also giving Universal the rights to distribute its catalog outside North America, ending a 40-year relationship with EMI.
EMI remains the distributor of the Beatles' recordings and will still earn revenue from copyright fees from Queen's songs.
EMI's annual earnings before interest, taxes, depreciation and amortization hit 293 million pounds in the year to March 2009, up from 183 million pounds in the prior year. More recent figures were not available.
Terra Firma sued Citigroup in December, claiming the bank falsely claimed there were other bidders when it brokered the sale of EMI to Terra Firma in 2007. Terra Firma said that in reality, all other suitors for EMI had dropped out and it was made to pay too much. Citigroup has said the allegation has no merit.