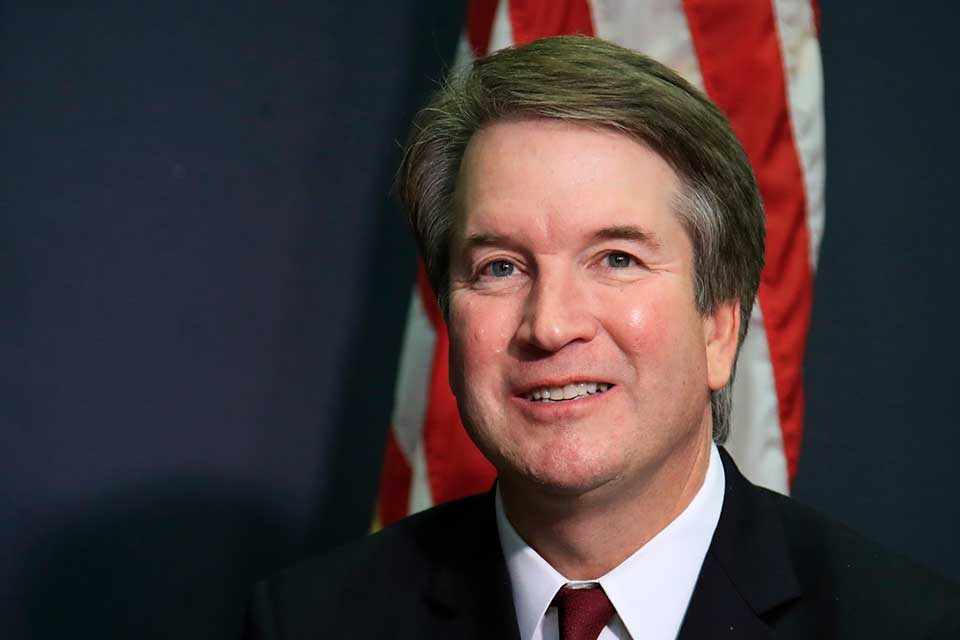 The Leadership Conference on Civil and Human Rights
Published: 25 July 2018

A recording of the press briefing can be found here.

“By selecting Brett Kavanaugh to serve a lifetime appointment on the Supreme Court, President Trump carried out his threat to nominate justices who would overturn Roe v. Wade and undermine the Affordable Care Act,” said Vanita Gupta, president and CEO of The Leadership Conference. “What’s more, if confirmed, Kavanaugh would undermine voting rights enforcement in our nation. Efforts to suppress voting rights are efforts to suppress the power of we, the people. If Kavanaugh is confirmed, the days when we could look to the Supreme Court with the hope of safeguarding our fundamental right to vote would be over.”

“Voting is a foundational right, central to the protection of all other rights guaranteed by our Constitution and by our national values; in the years to come, the Supreme Court will face challenges to voting rights as those in power seek to preserve their advantage,” said Thomas Saenz, president and general counsel of the Mexican American Legal Defense and Educational Fund (MALDEF). “It is essential that any nominated justice demonstrate a commitment and understanding that the right to vote of all eligible persons, including those from politically emerging communities, must not be subordinated to the political machinations of those long in control of local or state government.”

“For so many Asian American Pacific Islander immigrant and refugee families who came to America with the belief that American democracy represented a chance at a better life, free of oppression, the ability to vote represents more than just civic participation–it also represents freedom,” said Gregg Orton, national director of the National Council of Asian Pacific Americans (NCAPA). “Brett Kavanaugh’s track record on voting rights cannot be ignored and he should be rejected by the Senate.”

“Voting rights protect every other right we enjoy, and it is essential that the next Supreme Court justice has a clear commitment to protecting access to the ballot box and that the voices of American voters are heard and respected in the confirmation process,” said Janai Nelson, associate director-counsel at the NAACP Legal Defense and Educational Fund, Inc. “LDF is conducting a comprehensive review of Judge Kavanaugh’s extensive record, and we’re deeply concerned by what we’ve seen thus far. Many of his decisions suggest that his confirmation to the Court would deal a deathblow to our progress in advancing civil rights. For these reasons and more, the Senate Judiciary Committee should press pause on the confirmation process and protect the interests of the American people at this precarious moment in our country. Preserving the integrity of the Supreme Court must be our highest priority.”

“Seating a Supreme Court nominee with an obvious disdain for fundamental liberties will change American life as we know it,” said Suzanne Bergeron, senior director of civil rights and workforce policy at the National Urban League. “The National Urban League is urging the Senate to reject his nomination, as we firmly believe that, if Judge Kavanaugh is confirmed, it could take generations to undo the damage to our voting protections, our civil rights, as well as access to healthcare, environmental protections, consumer rights, women’s reproductive rights, LGBTQ rights, and immigration rights… just to name a few. We will continue to push the Senate to use the judgement bestowed upon it by the Constitution to delay this vote until the cloud of the Mueller investigation dissipates.”

Vanita Gupta, president and CEO of The Leadership Conference, published the below video on the greater threat to all civil and human rights. She warns of the damage a Trump nominee can do not only to this generation, but to this generation’s children and grandchildren.