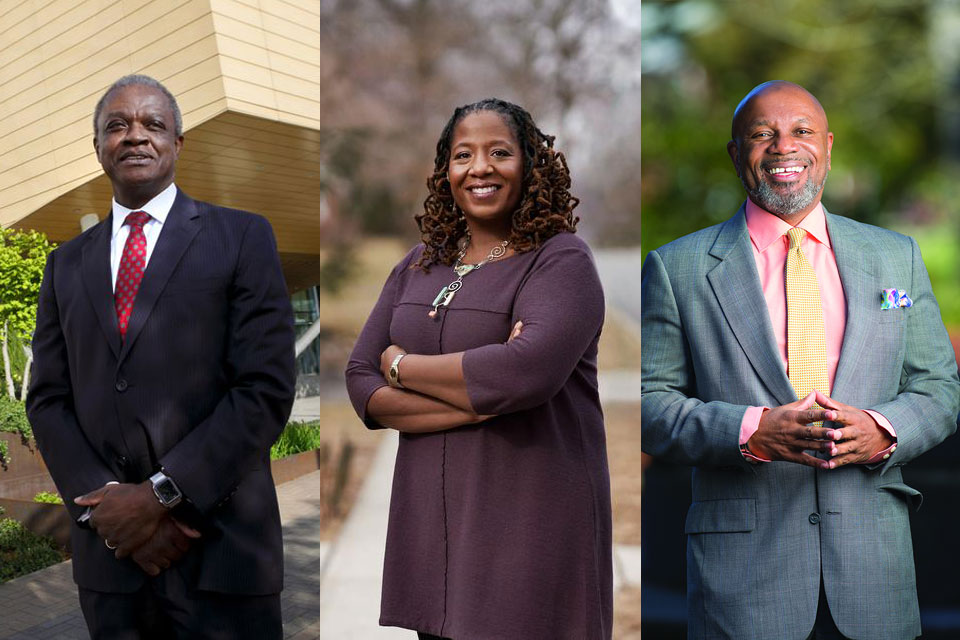 In celebration of Black History Month, the Portland Trail Blazers will spotlight six leaders representing a new era of ground-breaking firsts for the city of Portland and state of Oregon. The recognitions will take place both pregame and at halftime as Portland hosts the Miami Heat Feb. 5.

Each honoree at this event is the first African American to hold the leadership position for the institution they now represent:

In addition, portion of the proceeds from tickets purchased via this online link will benefit iUrban Teen, a STEM+Arts education program that brings together underrepresented teens and young adults for career exploration and mentoring.

The limited-edition installment of the Trail Blazers Gameday Poster Series on Feb. 5 will also connect to the night’s celebration featuring a production by Portland artist Edmund Holmes. For each home game, unique designs from local artists depicting that specific NBA match-up can be purchased for $12 at Rip City Clothing Co., with proceeds from the poster sales benefitting the Trail Blazers Foundation.

Fans already holding tickets for the Feb. 5 game who would also like access to the pregame reception and provide support for iUrban Teen should call Trail Blazers ticket representatives at (503) 963-3944 for special assistance.