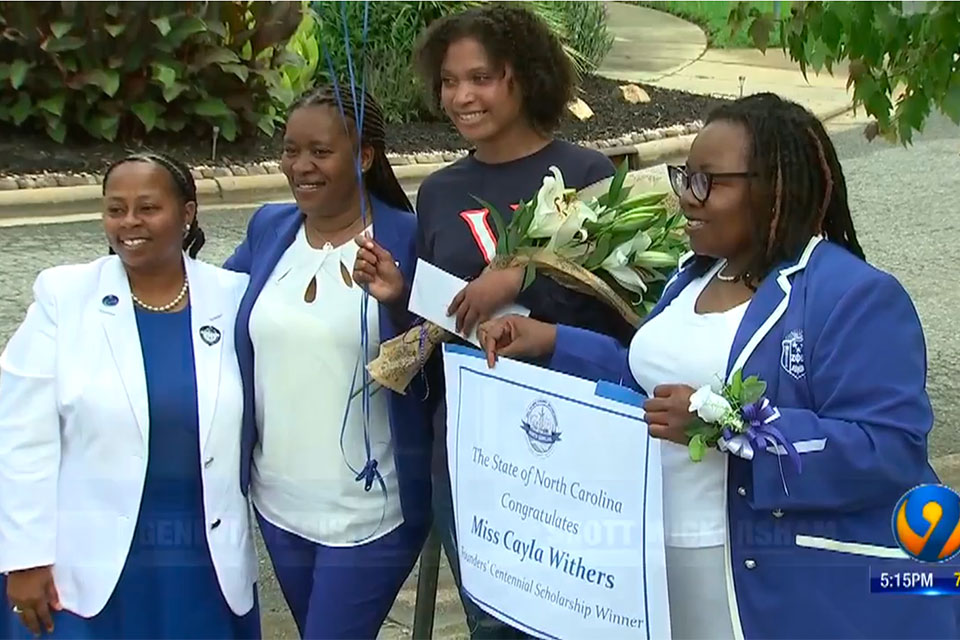 "While we received over 2,000 applications from very high-achieving graduating seniors, Cayla's story was special. 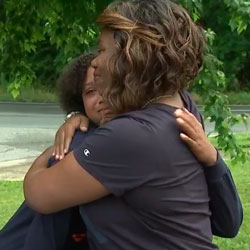 Scholarship winner Cayla Withers hugs her mother after recieving the news. (image/screenshop from WSOC TV news video)"We were inspired by her strength, bravery, and commitment to excellence, even when faced with adversity. That is what Zeta stands for, and what we all should aspire to be," said Valerie Hollingsworth Baker, Zeta's International Centennial President.

Withers said she plans to pursue a degree in aerospace engineering at the University of Virginia in the fall. She graduated with a 4.0 grade point average, volunteered as a tutor and mentor, and participated in extra-curricular activities like the North Carolina Governor's Page program and National Beta Club, while managing a chronic illness that requires her to travel three hours for monthly treatments.

Emboldened to become a NASA engineer after watching the movie Hidden Figures, Withers' career goals are to research environmental-friendly rockets and put the first human on Mars. Her legacy as the founder of the National Society of Black Engineers Jr. chapter at her school will give future Black students the resources to pursue STEM careers.

"I am my ancestor's wildest dreams…this scholarship will allow me to accomplish my goals, and one day inspire kids who look like me, from communities like mine," Withers wrote in her application.

Zeta Phi Beta Sorority, Incorporated, founded in 1920 on the campus of Howard University, is headquartered in Washington, D.C. Zeta has initiated a diverse membership of more than 125,000 college-educated women with over 925 chapters in North America, Europe, Asia, the Caribbean, Africa and the Middle East. Through scholarships funded by its chapters, Zeta has given more than $3.5 million in the past five years to help students achieve their college dreams. The Founders' Centennial Scholarship will be awarded annually for five consecutive years in honor of the sorority's five founding members. The first scholarship awarded was named after Zeta founder and first president, Arizona Cleaver Stemons.