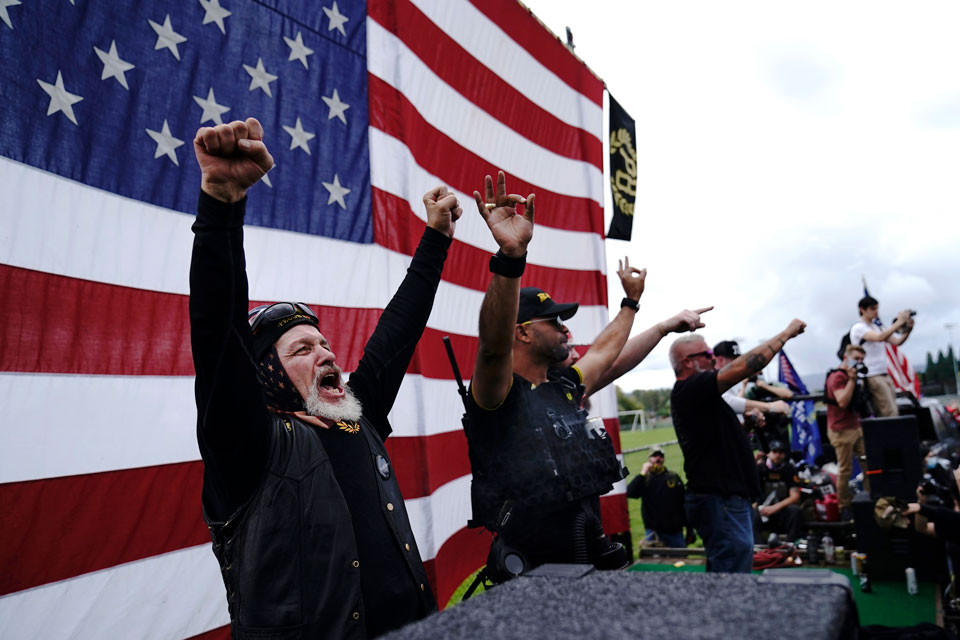 (Washington, D.C.) - President Donald Trump refused to condemn white supremacy during last night’s first televised presidential debate in Ohio. Moreover, he told the followers of the extremist group Proud Boys that they should “stand back and stand by.”  Kristen Clarke, president and executive director of the Lawyers’ Committee for Civil Rights Under Law issued the following statement:

“During a time when Black people nationwide are exercising their rights to protest police violence and contending with rising levels of racial violence, President Donald Trump used his debate platform to embolden white supremacists by refusing to disavow their activity and by issuing a directive to Proud Boys to ‘stand by.’

Even the FBI has identified white supremacy as one of the greatest domestic threats that we face today.

The president’s silence and acquiescence present a clear and present danger to Black people, who are most frequently targeted by incidents of hate.

“We are also deeply concerned by President Trump’s persistent attack on mail balloting and his efforts to activate poll watchers in certain communities like Philadelphia. Attacks on mail balloting seek to undermine the public's confidence in on method of voting that is safe, secure and necessary amid the pandemic. Efforts to deploy poll watchers to areas that are home to large number of Black and brown voters are nothing more than thinly veiled attempts to intimidate and discourage turnout among voters of color.”