Fighting For The Right To Fight Exhibit Opens 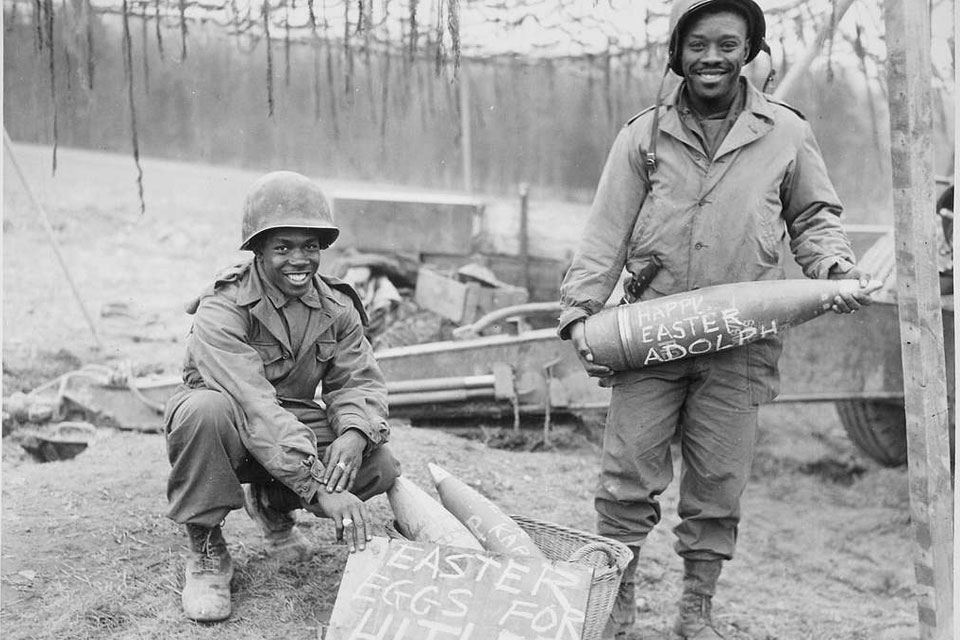 Thousands of African Americans rushed to enlist in the American armed services intent on serving their county in World War II, determined to fight for the freedoms they themselves were denied. This exhibit examines how hopes of equality inspired many to enlist and how their experiences laid the groundwork for the Civil Rights Movement.

The exhibit features oral histories, profile panels and artifacts allowing visitors to discover the wartime stories of individual service members who took part in this extraordinary challenge, including Alex Haley, author of Roots (US Coast Guard); Benjamin Davis, Jr (US Army Air Forces); Medgar Evers (US Army); and more. The famed 332nd Fighter Group (better known as the Tuskegee Airmen) are featured in an original eight-minute video. Television personality Robin Roberts narrates the production. Her father flew with the Tuskegee Airmen during the war.

The Exhibit is open to the public Wednesday-Saturday, 10 a.m. to 4 p.m., Friday open until 7 p.m. Entrance fees are $10 for adults and no charge for youth under age 12, active-duty military or veterans or EBT (SNAP) recipients, due to generous donations from donors. Tickets are available at Fighting for the Right to Fight.