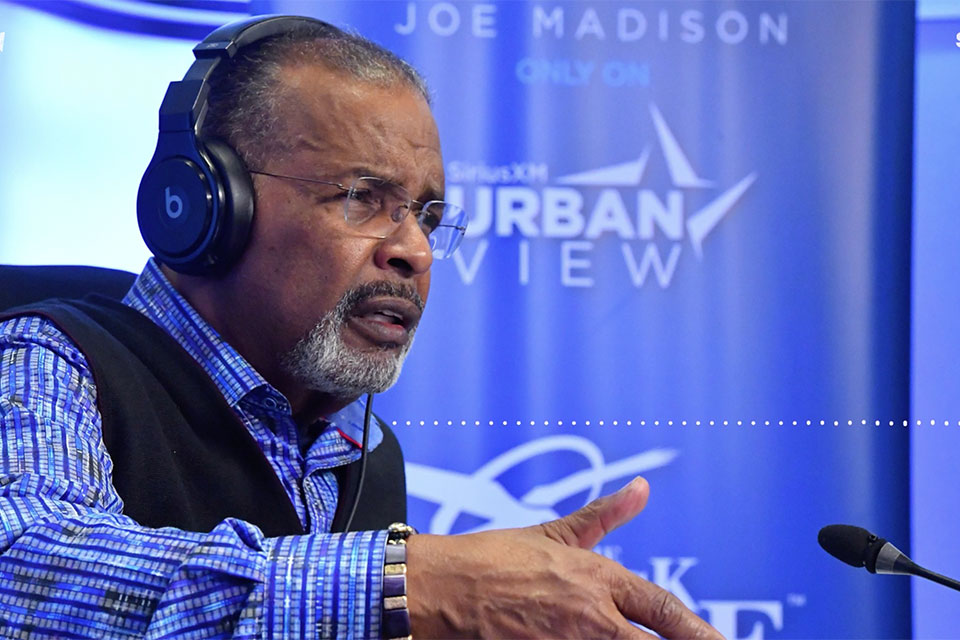 NEW YORK – Today Joe Madison, host of SiriusXM Urban View’s Joe Madison The Black Eagle and member of the National Radio Hall of Fame, announced on his program that he’s starting a hunger strike in protest of voting rights not getting passed in the Senate.

“As a political protest, I am beginning a hunger strike today by abstaining from eating until Congress passes, and President Biden signs, the Freedom to Vote Act or the John Lewis Voting Rights Advancement Act,” Madison stated.

Both bills were recently passed by the House of Representatives and both have stalled in the Senate.

“I call it basically starving for voting rights,” Madison said on his SiriusXM program this morning.

“As all of you know, my show is action-oriented. It personifies taking action. I always say, 'What are you going to do about it?' And for me, it's not just a slogan. It is what drives me and inspires me. So I have begun this hunger strike, I should say this, in solidarity - let me repeat, in solidarity - with all those who are calling on Congress and the President of the United States to protect our voting rights. Since the Supreme Court decision, Shelby [County] v. Holder where they watered down the Voting Rights Act of 1965, here's what has happened. State Houses across the country have passed [myriad] laws that have made it more difficult for people to vote. And I am here to say, at some point we've got to change these moments into movements. And the difference between a moment and a movement is sacrifice, and although this is a moral as well as political cause for me, it is a component of a much larger movement.”

Joe’s morning drive program on SiriusXM’s Urban View channel is the destination for newsmakers to reach a predominantly Black audience, and for Joe to inspire his listeners to take action. Joe Madison The Black Eagle airs weekdays from 6:00 -10:00 am ET on SiriusXM Urban View channel 126, and Joe can be heard anytime by downloading the Joe Madison podcast on the SXM App.

Joe Madison is a leading figure in American talk radio. Host of Joe Madison The Black Eagle on SiriusXM Urban View, Channel 126, he is a longtime talk show personality and civil rights activist, known for staging brazen protests and acts of civil disobedience that have led to several arrests. Formerly national political director of the NAACP, he has long been active in the top circles of African-American leadership and activism. A native of Dayton, Ohio, he graduated from Washington University in St. Louis, which awarded him an honorary doctorate in 2019. He has been elected to the Radio National Hall of Fame in recognition of over 40 years in broadcasting. His signature line, when people call his show to complain about injustice, is “What are you going to do about it?” He also recently published the book “Radio Active,” a collection of his memoirs. Joe lives in Washington, D.C., with his wife, Sharon.