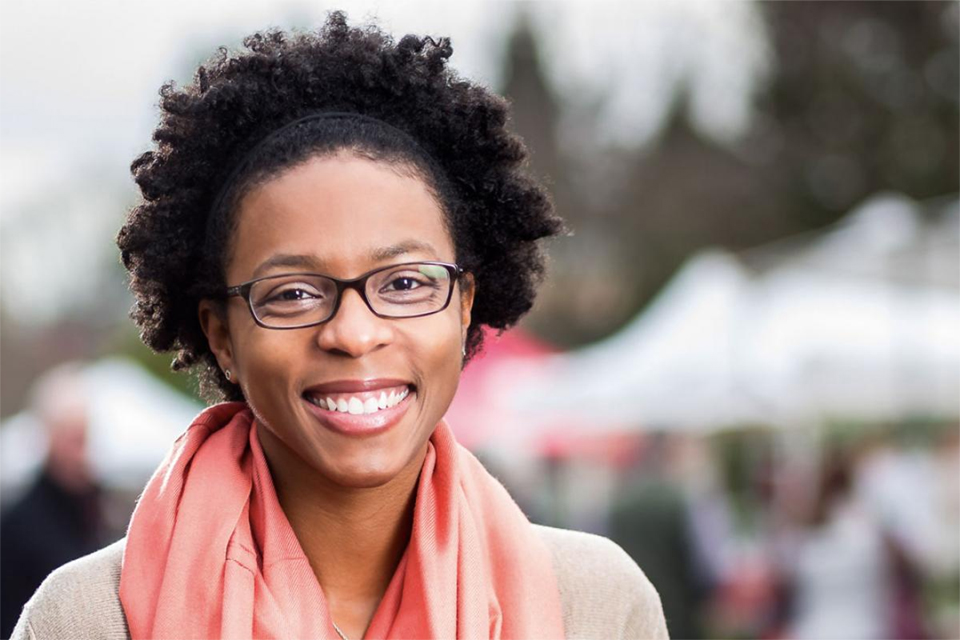 The Meyer Memorial Board of Trustees has named Toya Fick to be the organization's next chief executive officer. She will be Meyer's 4th CEO in its four-decade history.

"Toya is a true champion for children, youth, and families throughout Oregon," said Janet Hamada, chair of the Meyer board and executive director of The Next Door Inc., a social service organization that strengthens children and families and improves communities in seven counties in the mid-Columbia region. "She has worked tirelessly to improve their lives through her current position. It’s thrilling to think about her potential to continue doing so at Meyer, with our new mission and as we look towards the next chapter in our story."

Fick knows Meyer well. She has served on its board of trustees since 2016, and served as chair during Oregon's historic wildfires, the nation's racial-justice reckoning and the height of the COVID pandemic. In close collaboration with Meyer's executive team, Fick and her trustee colleagues navigated the convergent crises with speed, empathy, and boldness, including the launch of Justice Oregon for Black Lives, a five-year, $25 million initiative and the largest in Meyer's history.

"It has been an honor and a privilege to serve as a trustee for the past six years, and I am humbled to be trusted with the awesome responsibility of continuing Meyer’s important work," said Fick. "I look forward to working with my colleagues to advance racial, social, and economic justice throughout Oregon."

A resident of Portland, Toya grew up in rural Louisiana and was the first in her family to attend college. She graduated from the University of Chicago and began her career as a teacher with Teach For America. She moved from the school halls to the halls of Congress when she joined the legislative staff of then Sen. Hillary Rodham Clinton.

After working in education advocacy at the federal, state and local levels, she joined Stand For Children, a national catalyst for education equity and racial justice. In her decade at Stand, including as Oregon executive director for the last 8 years, Fick led the charge to draft Measure 98. Since its passing, Oregon has put over $750 million into high schools across the state, leading to a 40-percent increase in career-related programs offered throughout the state and a record 6-point increase in graduation rates, with students of color and low-income students making the biggest gains. Toya was also instrumental in the passage of the Student Success Act, Oregon's largest investment in education in state history at $1 billion a year.

With proven organizational leadership expertise as well as deep relationships across Oregon, Fick takes the leadership responsibilities at a pivotal moment for Meyer, including a new strategic framework, and a new mission statement: to accelerate racial, social and economic justice for the collective well-being of Oregon's lands and peoples.

Grateful as she is for the impact she gets to make in her professional life, Fick remains focused on her most important role: mother to two incredible young children who attend Oregon’s public schools.