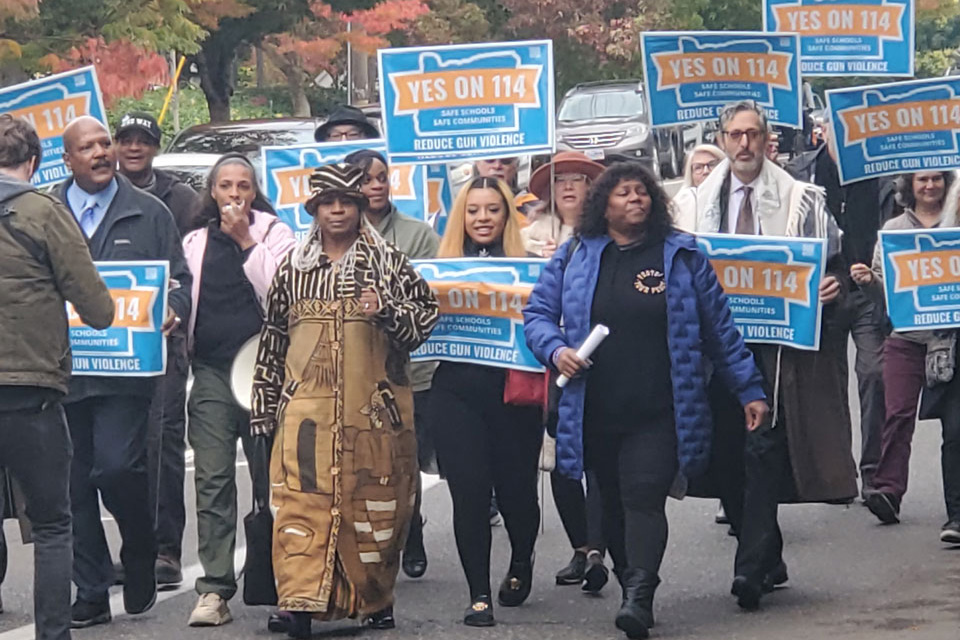 Editor's note: This article was updated and new photos added after the event.

In the spirit of the Civil Rights Movement, clergy and other community leaders gathered at the Vancouver Avenue Baptist Church Fellowship Hall, where Reverend Dr. Martin Luther King, Jr., once gave a sermon back in 1961. They then marched to Dawson Park for a press conference to implore Oregon voters to address record-breaking gun violence by passing Measure 114. 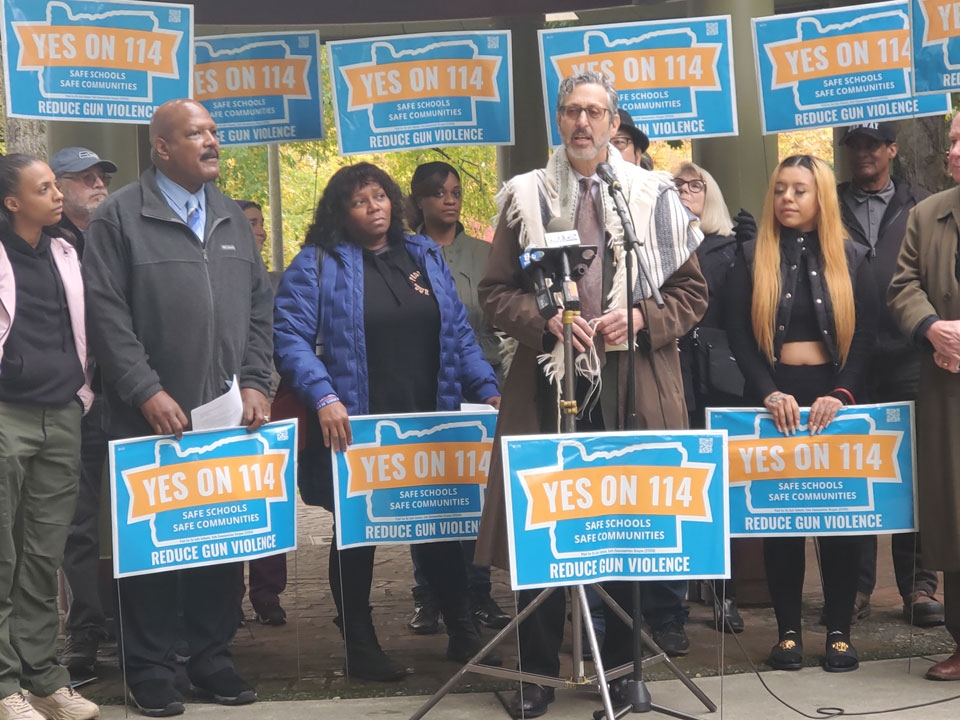 Yes on Measure 114 coalition leaders include: