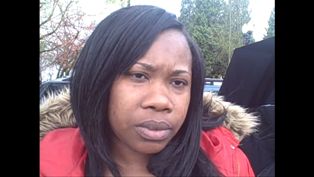 Shaquita Louis at Holladay Park Saturday, where friends and family were distributing fliers appealing for anyone with information about her daughter Yashawnee
Yashawnee Vaughn, Kyron Horman, Polly Klaas. When innocents disappear, emotions run high – even among people who have no connection to the lost children or their families.
Polly's father, California resident Mark Klaas, says the terror and confusion in the aftermath of abduction opens the door to manipulation and hysteria that are used to line the pockets of inscrutable people.
"When children go missing chaos seems to rule everything – it seems to rule the family, they don't know where to go or what to do, and I say this from experience," he says. "You have these people that just exploit that chaos for their own ends, people who really have nothing going in their lives but to wait around for something like this to happen."
The Skanner News took a closer look at Northwest businesses and charities dedicated to finding lost and missing children. We discovered that scams, slack operations and consumer rip-offs are costing charitable givers millions a year.
And set alongside the honest attempts of concerned volunteers to help out – it's almost impossible for law enforcement or state agencies to crack down on the problem.

Grey Area of Registration, Money
Michelle Bart, who emerged in media reports April 3 as the spokesperson for Vaughn's traumatized mother and grandmother, has not been paid for writing press releases and arranging media interviews for the family – and says she never asked to be (in full disclosure, she arranged an interview with Vaughn's grandmother for the Skanner News and KOIN television).
Her website, www.HelpingHeroes.com , lists her contact information for marketing and public relations but does not contain any sort of contribution button or PayPal link.
Her business is also not registered with either Washington or Oregon.
A spokesperson for Washington Attorney General Rob McKenna's office says that certain types of consultant services do not technically have to register with the state.
"There's a threshold where if you are a nonprofit charitable organization you are going to have to – depending on how much money you are bringing in – you would have to be registered," spokesperson Kristin Alexander says.
But in this area Bart's efforts are far from harmful.

Also not registered as a business in either Oregon or Washington is Harry Oakes and his company K9 Search and Rescue. Oakes was booted by Multnomah County Sheriff's Search and Rescue from the April 2 police search scene for Vaughn's remains at rugged Rocky Butte Park in Northeast Portland.
Law enforcement contacted for this story had a lot of griping to do against Oakes, who comes from a law enforcement background but has no positive standing with police or sheriff's deputies.
"Any family of a crime victim who has someone approaching them saying I will do this for you – some of them can be very good and very helpful and some of them have ulterior motives," says Lt. Pete Simpson of the Portland Police.
Oakes' website has a PayPal donation button, as does a Facebook page his supporters have set up called The Private Search for Kyron Horman. The problem with that is – Horman's family never asked him for help and does not sanction any of his efforts.
Nevertheless Oakes has itemized his "search" work for Kyron on his blog, listing how much he would be charging for the services if he were paid. He is not registered with the state of Oregon.
Kyron's family foundation, on the other hand – the website is www.BringKyronHome.org – is registered with the Oregon Secretary of State's charitable organization database, which is searchable on the web.
Vaughn's family website, http://www.yashanee.com/ has contact information. The foundation in her name is has a registered tax ID number, Crime Stoppers is administering the $1,000 reward money for information in a resolution in her case, and US Bank is administering the Yashanee Vaughn Search Fund. 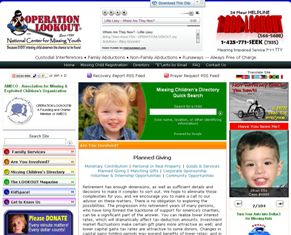 A standout in the area of missing children charities is the Everett, Wash.-based Operation Lookout National Center for Missing Youth. Their motto is, "Every missing child deserves the chance to be found" – and the words "Operation Lookout" appear with a registered copyright symbol.
Operation Lookout's website is packed with missing child lists, photos, widgets and search engines, and a custom contribution button in one corner urges donors to give as much as $500. It says, "Every minute matters! Every dollar counts!"
The nonprofit organization evaluation website Charity Navigator, however, gives it 0 ratings for "efficiency," "capacity," and "overall" – a rare feat among nonprofits listed there.
The group's website says it has been around since 1984, but online public records only go back to 2006.
The database shows that of the $2,034,149 total revenue Operation Lookout declared in its most recent report in 2008, $1,663,524 – 82.9 percent -- was spent on "fundraising."
Program expenses were pegged at 12.6 percent.
With liabilities carried over on its debit sheet since 2006, the group ended 2008 with negative $44,821 in working capital.
"We are committed to locating missing children through active casework investigation, assisting law enforcement agencies, and preventing child abduction through education and public awareness," Operation Lookout's Charity Navigator listing says.
"Since 1984, our resolve has been to remain involved throughout the duration of a case until the child is recovered and not close a case until authorized by law enforcement or the searching family."
In the same category are The Committee for Missing Children, in Georgia (0 stars out of a possible 4 stars); California-based Find the Children (1 star); the National Child Safety Council in Missouri (1 star); and the National Center for Missing and Exploited Children in Virginia (3 out of 4 stars).
Robert Lowery, executive director of the Missing Children's Division of the National Center for Missing and Exploited Children, told The Skanner News that families have to find a way to look into the backgrounds of the people who offer to help them.
"Our 'Team Hope' may provide advice on what a family is facing," he said. "It has a tendency to bring out a lot of people who want to help – it's good to check out the background for the family"
Operation Lookout was named by the 24/7 Wall St. blog on its "Nine Most Mismanaged Charities in America" list in November, 2010. 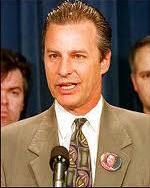 Klaas created the KlaasKids foundation to support the parents of missing and murdered children through services and education on how to navigate the painful aftermath of a family tragedy.
He said part of his recent work has been to establish best practices for how families can work together with authorities to find missing kids without being ripped off.
"Every two-bit con artist within a hundred mile radius is going to angle for a slice of the money pie," he writes in his online guide for parents.
Klaas suggests a four-part strategy to deal with fundraising in connection with any missing child case:

For more information go to www.klaaskids.org . To contribute to the Yashawnee Vaughn fund go to http://www.yashanee.com/ ; and for Kyron Horman information go to www.bringkyronhome.org .
A benefit event to support the search for Yashawnee is planned for 8 p.m. Thursday, April 21 at the Good Call on SE 110th and Division Street. Ages 21 and over only. No charge, but donations may be accepted.
A Gospel music celebration of Yashawnee's life is set for 6:30 p.m. Friday May 6 at Maranatha church, 4222 Northeast 12th Ave. Hosted by Rev. J.W. Friday. If you know something, call 503-823-HELP.

Read Part 1 in this series, 'How Missing Child Exploiters Prey on Families in Pain'