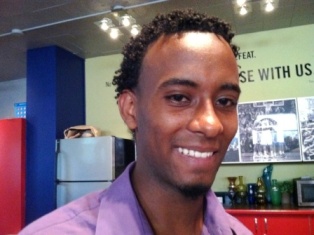 From now on, every student who attends Jefferson, in its new incarnation as Jefferson High School Middle College for Advanced Studies, will have the chance to take classes for free at Portland Community College's Cascade campus. But that's not all. Students who attain a 3.0 GPA (about a B-average), qualify for a federal Pell grant, and complete 45 credits – a year of classes – at PCC, will get a full scholarship to the University of Oregon. The Skanner News Video

University of Oregon President, Richard Lariviere, said he was proud to be part of the partnership that will bring more homegrown talent to Eugene. 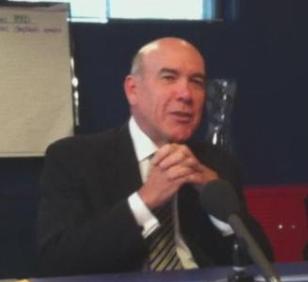 "Oregonians spend a lot of time talking about natural resources, and the importance of preservation," he said. "Our greatest natural resource is our young people and when we waste it, we're wasting our own futures, and it's a crime." 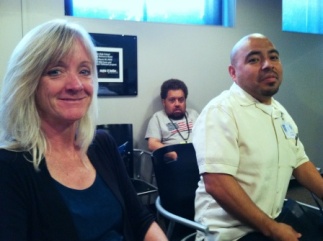 "When I told students what the University of Oregon was offering them their response was, 'Wow, They really care about us; they are investing in us.'" Calvert said.

"Every student who came into the class of 2015 made a commitment to earning 12 to 15 college credits."

About 130 freshman arrived in school this year, joining more than 300 students in grades 10-12. All Portland high schools offer students the opportunity to take some college classes , and Jefferson students already have been crossing Killingsworth Street to take classes on the Cascade campus. But teachers and mentors are committed to helping more students make that trip and promise they will raise the bar, Calvert said.

"It's about expanding kids opportunities and seeing ways to get there –knowing that they are going to be surrounded by caring adults who are going to push them in a loving way."

The partnership between the schools and SEI is designed to help more Jefferson students aim higher, and offer them the support they need to achieve their goals. Portland Community College instructors and Jefferson teachers have been working closely together to make sure their academic language and content is consistent. Self Enhancement Inc. has committed to working with every student at the school, offering mentorship, and wraparound services designed to help students overcome the challenges they face. 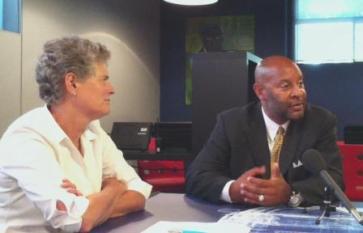 Superintendent Smith said the elementary schools have been working hard to improve student's academic skills and it shows. About 50 percent of Jefferson students arrived this year with below grade level test scores. That's far better than in previous years, where 80 percent arrived without the skills they needed. But it still means that many students will have a steep climb to get the scholarship.

Tony Hopson said SEI hopes eventually to work with every one of the students in Jefferson's feeder schools. At the moment SEI serves students who go to Humboldt Middle school. Now SEI faces the new challenge of beginning work with student already halfway through their academic careers. 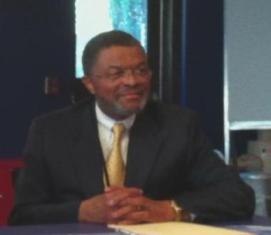 "…a large percentage of the kids who show up at Jefferson aren't prepared to go across the street to PCC or go down I5 to see the University of Oregon," Hopson said. "They are struggling just to stay in school and to gain enough educational background, so they eventually can go across the street.

"It doesn't start at Jefferson," he said. "We're going to do a much better job with students at schools in this cluster….

"It would be a shame if the kids of color who are already living here can't take advantage of this opportunity, as opposed to 2 to 3 years of remedial work to get up to speed."

Nationally, Hopson noted, about one- third of students graduate from high school prepared for college; another third graduate unprepared for college; the remaining third don't graduate at all. Disproportionately these students are low-income Black and Latino students. A report by Eco Northwest for the Black Parent Initiative showed that those students do learn as fast as everyone else, but they face obstacles related to poverty, such as frequent changes of school.

Gatewood talked about the 'belief gap' that prevents many first-generation high school graduates from seeing themselves as university graduates. As a first generation student himself, he says, he understands that challenge. Attending classes at PCC gives students the experience of being a college student, he said, while the promise of financial aid makes it a real possibility. One Jefferson student was making Cs, he said, but with the promise of the scholarship he rose to the challenge and jumped up to a B-plus average.

"It gave him the tools he needed to succeed, and he is succeeding," Gatewood said. "I truly believe that this partnership will get the job done."

Lariviere agreed, saying that the steepest barriers don't involve inborn intelligence or academic preparation or even self-discipline, but rather students' confidence and ability to thrive socially in an academic setting. Students at Jefferson will overcome that hurdle through their experiences at Portland Community College.

"The University of Oregon is often viewed as a place that's not accessible, that's not affordable, for the elite, harder to get into, etcetera, and we are doing our best to overcome that belief," he said. "The biggest impediment to success for many, many young people is that they can't imagine themselves succeeding at the University of Oregon. The truth of the matter is that we are hungry for the opportunity for them to succeed."

Mayor Sam Adams, school board member Bobbie Regan, staff and students also contributed to the discussion. Adams said the city's cradle to career initiative would target help to pre-schoolers so they arrive at school ready to learn. Students, Bridgette Lang and Robel Haile said attending PCC classes has helped them set and achieve goals. Haile said that in Ethiopia, where he was born, high school graduation is out of range for most children. Now the Jefferson Varsity soccer captain believes he will go to university.