Grandmothers Get Together for HIV Fight 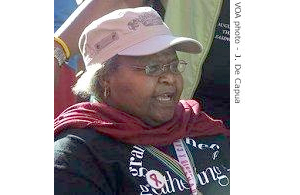 Nearly 300 grandmothers from sub-Saharan Africa and Canada shared wisdom and tears last Sunday at the 16th International AIDS Conference in Toronto, Canada.
The three-day gathering of the Grandmothers to Grandmothers Campaign culminated with a march and rally, and the African grannies celebrated with song and dance. 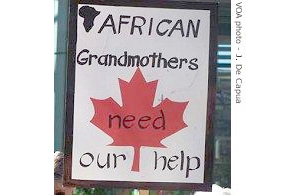 About 13 million children in sub-Saharan Africa are orphans as a result of AIDS, according to the Stephen Lewis Foundation, the conference organizer. It warns that number could climb to nearly 20 million by 2010.
Maria Osogo, a grandmother from Kenya, is ready to share her experiences from Toronto.
"Yes, after this meeting we'll go and educate our grandmothers how to take care of their young siblings," said Maria Osogo. "And educate them and create awareness for them to deal with their young siblings."
Two Canadian grandmothers reflected on what they learned.
"They sit down for supper and there is no food. They give thanks to God that they are alive," one woman said with tears in her eyes. "It just breaks your heart. As mothers and grandmothers there's just no borders. We're the same in terms of how we love our children, how we love our grandchildren. And it just puts a very personal face on this whole disaster that's happening over there." 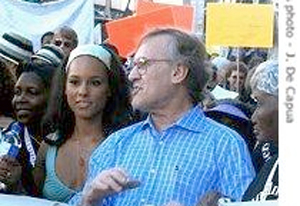 Entertainer Alicia Keys took part in the Grandmothers to Grandmothers Campaign, helping to lead the march.
"I have a grandmother of my own, and she is one of the most important women in my life," Keys said. "I love her so much. I tell her I love her so much. I probably drive her crazy. But I can imagine her having to watch her children pass and raise her grandchildren at this time in her life. And it's very hard. And so I admire you greatly. I support you so much. I encourage you. I love you."
Stephen Lewis, the U.N. Special Envoy on AIDS, said the gathering of grandmothers was an extraordinary event.
"Everybody understood that what was being fashioned here on the eve of the International AIDS Conference was a movement," Lewis said. "It was something that could spread, was something that could move through country after country, so that the African grandmothers would have the sense of solidarity and friendship and support, not just from Canada, but right around the world."
The grandmothers released a joint statement that said, "Our children, like all children, deserve a future. We will not raise our children for the grave."