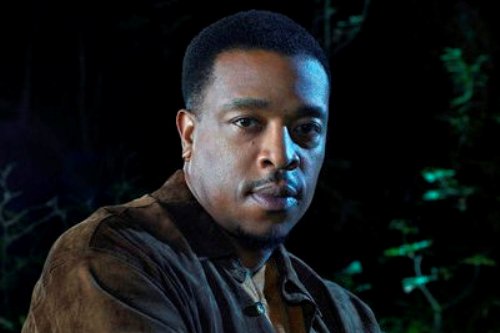 After growing up in Oakland, Ca., it has taken actor Russell Hornsby some time to adjust to life in Portland.

"The dampness and the gray can get to you," he says. "But after you've been here for a while it becomes endearing. I love the food and the people. The proximity is nice in comparison to the hustle and bustle of Los Angeles and New York."

Hornsby has considered Portland a "wonderful rest spot" since he came to the city in March of last year to shoot scenes for the show "Grimm." But he says he found himself isolated for the first few months of his time in Portland, partly due to the lack of people of color in the city.

"You go out and there are not many people that look like you," he says. "However, having lived in major cities like L.A. and New York, you pretty much expect not as much diversity in the smaller cities."

Hornsby says that also played a part in his decisions to fly back to Los Angeles on a regular basis.

In fact, he says he flies home to L.A. every other weekend, depending on when his wife comes up to visit. He says his wife, who is also from L.A., enjoys the change of pace of life in Portland.

The lack of diversity in the city has also played a role in the casting of extras on "Grimm."

Hornsby says there is a need for diversity amongst extras and guest stars on the show.

He notes that Portland has a smaller pool of people to pull from, which contributes to the lack of diversity, but he hopes more people of color will come out to work as extras on the show.

The NBC drama is set in Portland and is inspired by Grimm's Fairy Tales. It revolves around a homicide detective who "is descended from an elite line of criminal profilers known as 'Grimms,' charged with keeping balance between humanity and the mythological creatures of the world."

"He's a veteran detective," he says. "He's cynical and has been married and divorced four times."

Griffin is just the latest of Hornsby's credits, which include roles in films like "Meet the Parents" and "Get Rich or Die Trying," and television programs such as "Playmakers," "Lincoln Heights" and "In Treatment."

Hornsby says that "Grimm's" producers chose Portland as the setting because of its ideal backdrop.

"There are so many forests and so much lush green," he says. "There is incessant gray and rain."

Hornsby says he's often on set for 15 to 16 hours a day shooting "Grimm," which has limited his interaction with the city.

When he is not on the set, Hornsby enjoys rock climbing and spending time in Powell's bookstore.

"I'm a big fan of Walter Mosley," he says. "I enjoy stories about the black Every Man and how he navigates through society."

Recently he has been buried in "Holler if You Hear Me: Searching for Tupac Shakur," by Michael Eric Dyson, which he says is especially interesting because 2pac was a big part of his life growing up in Oakland.

Besides Powell's, Hornsby has endeared himself to a few other local spots including Lovejoy's Bakery, where he gets breakfast and pastries, and Irving Street Kitchen. When he's in town he gets his hair cut at Terrell Brandon's Barbershop on Alberta Street.

Currently, Hornsby is back in L.A. waiting for the word on whether Grimm will be brought back for a second season.

"We'll start shooting sometime in the summer if and when we get the green light," says Hornsby.