Occupy Was Right: The Wealthy Are Stealing the Debate

By Helen Silvis of The Skanner News
Published: 31 January 2013

The Occupy movement may have it right, with its focus on income inequality and the political power of the top 1 percent.

Speaking in Portland Tuesday, economist Jared Bernstein said America's best strategy for revitalizing the economy and lifting families out of poverty would be a national jobs program to create full employment.   But that's not on the agenda, Bernstein said, because the public debate has been hijacked by wealthy campaign donors, who want policies that benefit them.

The wealthiest Americans give money to universities, think tanks and media outlets which echo their views, the economist told a packed house at Portland State University.  Lost in the debate are the real causes of our economic woes – and the real cures.

"There's a heck of a lot that we could be doing that we're not," he said. "We need to fund things that give disadvantaged children opportunities— pre-K programs such as Head Start, for example. But we're cutting the very part of the budget that funds it."


Government Has a Role When Markets Fail

During a recession, Bernstein said, it's crucial to inject money into the economy. In the 1930s government funded projects helped the recovery. That same effort is needed now.  Those who say the market will fix our problems ignore reality, he said. Government has a role to play in the areas where markets typically fail.

"There has never been a manufacturing advance that hasn't had government's fingers on it: railroads, machine tools, GPS, the Internet," he said, as one example.

"The private sector will always under invest in new technologies because they are higher risk."

Bernstein, a former member of President Obama's economic team and advisor to Vice-President Joe Biden from 2009-2011, spoke at the University of Oregon's Portland Center Jan. 29, at an event organized by the Oregon Center for Public Policy. 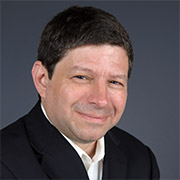 About 200 people gathered to listen to Bernstein, including Portland City Commissioner, Steve Novick.

Novick agreed that full employment should be a national goal. But he says local and state governments are struggling to balance their budgets with diminished revenues, and simply can't expand public works programs without federal funding.

"In years past there has been much more federal funding available for infrastructure projects" he said.

"I approve of President Obama's jobs bill, but where I do fault him is in not making the case for shifting Defense budget spending to these projects."

Novick makes the case that America's Defense budget, swollen by two wars, has diverted money from the kinds of infrastructure projects that would put more people to work.

"I really feel that it's been insane that in response to a few attacks by individuals with boxcutters, we've dramatically expanded the military-industrial complex," he says. "I don't mind us having the strongest military in the world, but I don't think we need to spend as much as the rest of the world combined."

The Toxic Impact of Inequality
Using charts and graphs, Bernstein showed that for decades after WWII, as the economy grew, people of all income levels benefited. But starting in the 1970s' increasing wage differentials favoring the top earners, along with capital gains from unearned income,  sent more and more money to those at the top of the income tree.  Inequality in wealth and income grew dramatically.

That's true in Oregon, as it is across the United States, Bernstein said, but with some extra problems.

"Employment is slower here," he said. "Oregon has a problem with job quality and job quantity."

Bernstein took aim at Gov. Kitzhaber's decision to give NIKE a 30-year tax break, saying it will do nothing to improve the state's jobs outlook.

And he said evidence is mounting that the scale of inequality –similar today to the 1920s—gives the wealthy too much control over government policy.

University positions, think tanks and media outlets have been co-opted by wealthy sponsors to support their agenda. And campaign finance laws allow the wealthy to push their policies, even when the facts prove it false, Bernstein said.

"It shouldn't be that hard to discredit a national political candidate who says, "I can grow the economy and cut poverty by cutting taxes on rich people.

"… income concentration interacts with money in politics in a very toxic way to reinforce policies that increase maldistribution (of money and resources) and prevent policies that would reduce it."

According to The Center for Public Integrity, the Koch Brothers, for example, gave $24 million in 2011, mostly to a range of think tanks and research centers, with a libertarian or free market philosophy. Among the gifts was $150,000 for the American Legislative Exchange Council, aka ALEC, which helps corporations write model legislation, and pushes states to pass it.

The 2010 child poverty rate was higher than at any time since the census began collecting statistics through the American Community survey. In Oregon, one in four Black children are officially poor. Yet programs to help poor families, such as childcare supports, Temporary Aid for Needy Families and even food stamps are being cut.

Now along with wage stagnation and a persistently high unemployment rate, Bernstein says opportunities to enter the middle class seem to be declining.  New research has found a correlation between rising inequality and rising numbers of young people who are less educated than their parents.

When the wealthiest drive our economic debates, Bernstein said, the national conversation revolves around issues that benefit them:

Erosion of the safety net, and any non-defense investments

The gross income inequality we are seeing now may even stifle growth, Bernstein said.
One of the main signs of undue influence from wealthy donors, is the "scaremongering over the U.S. debt."  That's a problem, Bernstein said, that also will benefit from restoring economic growth through targeted non-Defense spending and job creation.
"They want to create a crisis, so they can slash social insurance," Bernstein said.

Prescription for a Recovery with Jobs
Bernstein's prescription for an economic recovery that will create jobs, shrink income inequality and increase opportunity includes:

A small tax on financial transactions

Pell grants and support for education and students

Asked what ordinary people can do to press for a jobs policy, Bernstein said they can support organizations such as the Oregon Center for Public Policy, and make sure progressive policies are heard in the national debate.

Oregon Sen. Jeff Merkley already is trying to make that case nationally. He issued a press release Jan. 30, saying figures showing the economy shrank in the last quarter of 2012 should be a wake-up call for Washington.

"While DC has been manufacturing political crises, real people and businesses are suffering. Our priority should be making the economy stronger to create good jobs now. The last thing we need is a politician-induced recession.

"As we approach the sequester deadline, we must recognize that savage cuts to education and infrastructure will not move us forward. Let's stop moving from political crisis to political crisis and creating new economic problems, and instead set our nation on a long-term trajectory to grow our economy and bring down our deficit without sacrificing jobs."


ACTION:  The Skanner has launched a petition for a jobs program for Black America.