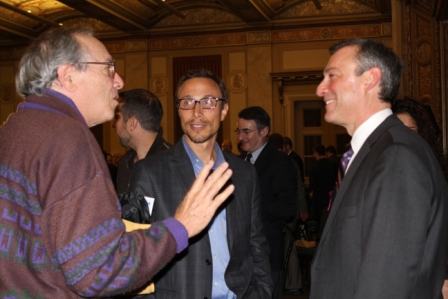 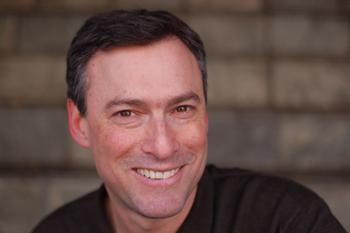 Oregon Department of Justice released its report on former Multnomah County chair Jeff Cogen Friday. Its conclusion: The DOJ did not find evidence to support charges of criminal misconduct.

Here's the entire press release with a link close to the end to the full report.

Attorney General Ellen Rosenblum announced today that, after a thorough investigation, the Oregon Department of Justice did not find evidence to support criminal charges against former Multnomah County Chair Jeff Cogen or former county employee Sonia Manhas.  The findings were delivered by letter to Multnomah County District Attorney Rod Underhill and Multnomah County Sheriff Dan Staton in response to their July 2013 request that DOJ investigate.  The request followed revelations that Cogen and Manhas had been engaged in an affair.

"We are pleased to have been able to step in when asked by District Attorney Underhill and Sheriff Staton to conduct this important investigation" Rosenblum said.  "The Department of Justice takes very seriously its role assisting local law enforcement with criminal investigations, especially when they involve allegations concerning public officials."

DOJ special agents conducted the investigation under the direction of prosecutors in the department's Criminal Justice Division.  DOJ interviewed numerous witnesses, including Manhas, and carefully reviewed records pertaining to the travel and other activities of Cogen and Manhas.  Although DOJ repeatedly sought to interview Cogen, he refused to be interviewed without advance information that DOJ was unwilling to provide.

DOJ found no basis to bring criminal charges based on the presented concerns that Cogen may have abused the power of his office.  The investigation focused on Manhas's promotion, the budgeting of Manhas's county department, and overlapping travel by Cogen and Manhas.

DOJ found Manhas's promotion complied with county policies, and she was qualified for her position.  No evidence was found indicating that Cogen improperly exerted his influence to secure the promotion.  Although Cogen did recommend favorable budgets for Manhas's department, DOJ found those recommendations were extensively discussed before being approved by the Multnomah County Commission, and were consistent with Cogen's longstanding policy priorities.

DOJ further found Cogen and Manhas traveled together or stayed together on various work-related trips.  But DOJ uncovered no evidence that county funds were improperly expended on those trips.  Manhas, in her personal capacity, joined Cogen at a conference in Atlanta, using vacation time and paying for her own travel.  Although Cogen selected a county-paid hotel that cost more per night than rooms in the conference hotel, relevant county policies give elected officials discretion to select their accommodations for official travel.

As recently reported, based on unauthorized disclosures from unknown sources, Manhas alleged during the course of the investigation that Cogen was a recreational user of marijuana and also used cocaine and ecstasy.  DOJ concluded there was insufficient evidence to support drug-related charges.

AG Rosenblum thanked her DOJ team of investigators and prosecutors for their thoroughness and professionalism in conducting the investigation.

Further details regarding DOJ's findings are contained in DOJ's summary investigative report, which is available at http://www.doj.state.or.us/releases/pdf/cogen_report_11-8-13_redacted.pdf.  Materials compiled by DOJ in connection with the investigation are being prepared for disclosure and will be available when that process is complete.