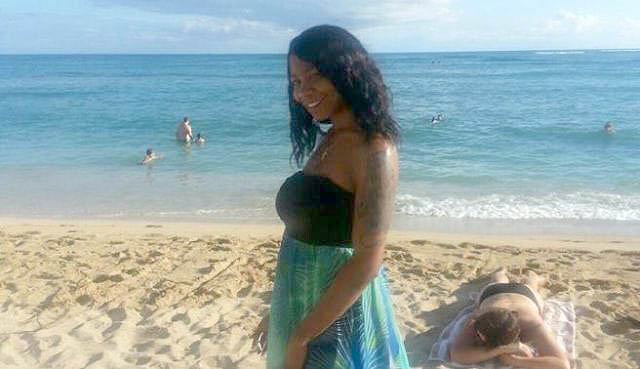 KANEOHE BAY, Hawaii (AP) — A Marine charged with the murder of a woman visiting Hawaii is scheduled to go on trial this week.

A court martial will be held for Master Sgt. Nathaniel Cosby at Marine Corps Base Hawaii in Kaneohe Bay on Monday.

A Honolulu police detective testified at a hearing last year that surveillance footage showed Cosby and Ivanice "Ivy" Harris meeting outside a Waikiki bar and kissing in the elevator of Cosby's hotel. Harris was working as a prositute during her visit to Hawaii.

Footage later showed Cosby alone in the elevator pulling a large duffel bag and loading the bag in the back of a vehicle, the detective said at the Article 32 hearing, which is the military justice system's equivalent of a preliminary hearing in civilian court.

Cosby told detectives he met Harris in Waikiki but she was gone when he woke up.

Harris was originally from Oregon. She was visiting Hawaii to celebrate her 29th birthday with her boyfriend, Mark Miles, and another woman. Miles, also known as the rapper Meezilini, was indicted in January for violating the Travel Act and the Mann Act. Under the Travel Act it is a crime to cross state lines to promote prositution. Under the Mann Act it is a crime to transport women across states lines for the purposes of prostitution. Both crimes carry sentences of up to 10 years in prison and $250,000 fines.

Harris' disappearance started out as a missing person case, after the woman who traveled to Hawaii with her reported her missing.

She was found on May 20 after a boy and his family called police to report they found a body in a remote area near Yokohama Beach Park, about 40 miles west of Waikiki.

Cosby is an explosive ordnance disposal technician with Marine Wing Support Squadron-171 in the 1st Marine Aircraft Wing based in Iwakuni, Japan. He was on temporary duty assignment in Hawaii last May.

Cosby has also been charged with obstructing justice and attempting to patronize a prostitute.

He has been held at a military detention facility in Pearl Harbor while awaiting trial.

Honolulu police began the investigation into Harris' disappearance and death, but the Naval Criminal Investigative Service took over the case.