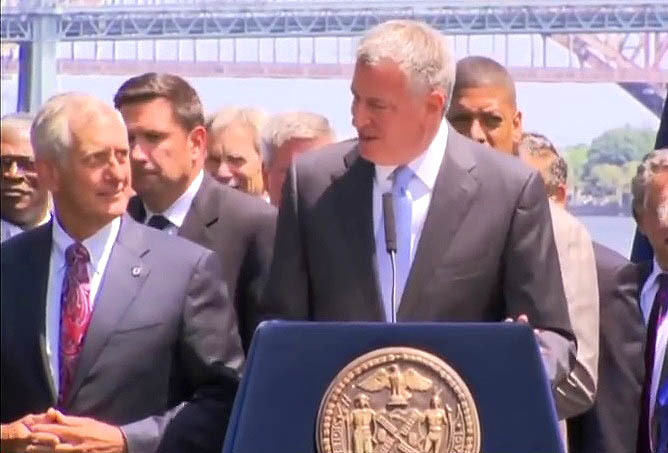 Mayors from cities across the United States signed a commitment Monday, to take action against economic inequality.  Almost 40 mayors joined New York's Bill de Blasio at Gracie Mansion to sign the commitment statement as part of the U.S. Conference of Mayors Cities of Opportunity Task Force. 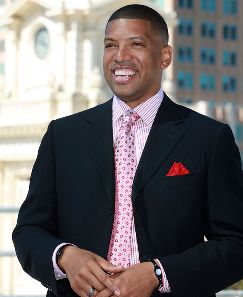 "The whole point...is to lift up city residents and build an economy that works for everyone," said Sacramento Mayor Kevin Johnson, who is president of the task force. "We have a pro-growth agenda. We're talking about infrastructure, sustainability, education, trade, but also this notion of Cities of Opportunities."

Portland Mayor Charlie Hales and Tacoma Mayor Marilyn Strickland signed the commitment along with Rahm Emanuel of Chicago, Michael Nutter of Philadelphia, Mitchell Landrieu of New Orleans, and many others. Seattle Mayor Ed Murray, who has pioneered raising the minimum wage, did not attend, but has also pledged to sign the statement. Check out the full statement here: Mayors to Congress: If you can't deal with urban problems we will!

"I think if we don't tackle equity --and I think all these mayors feel the same way, then our country is in trouble," Hales said on a call from Chicago between flights.

"We have this massive income inequality where the richest 400 people in the country earn more than the poorest 100 million people. We are not the America of the American Dream and that's a scary prospect, and dangerous inequality, and a cry for action to any of us in a position of leadership."

The mayors say they will act locally to make changes aimed at boosting income and opportunity for more Americans. The strategies they plan to use include:

"I'm encouraged and inspired, " Hales said. "Because like with some other issues, particularly climate change and transportation, the federal government has left the building and isn't being a leader.

"The federal government should be raising the federal minimum wage, because that would be the best way to address this particular piece of the massive income inequality problem we have in this country. But there is no sign that Congress is going to have the courage or the consensus to do that. That's why cities around the country are taking action."

Hales said both Portland and Seattle are ahead of the curve in some ways. Seattle took bold action by raising the minimum wage, he noted. Portland has acted on paid sick leave, broadband access, youth jobs and by "banning the box" that makes it difficult for people coming out of the criminal justice system to get work. 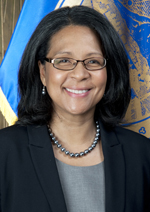 "It's important that we learn and borrow good ideas from each other, and that we help debunk the naysayers.  Because for each of these ideas -- whether it's paid sick leave or ban the box -- there are some who predict that it'll be just terrible for business. We heard this about the sick leave ordinance for Portland. It didn't turn out to be true."

In Philadelphia, Mayor Michael Nutter created a program that gave a tax break of $100,000 to employers who agreed to hire people returning to the workforce from the criminal justice system. About 400 people were hired and their recidivism rate was just 7 percent. Several employers even refused the tax credit, saying they were happy with their hires.

Hales said he hopes his fellow commissioners will agree to invite employers and others to the table to craft something similar to help "returning citizens," which, he said, is a better way to describe people coming out of the corrections system.

"We are going to borrow that idea, I hope, here in Portland. Because it's a great idea. It obviously works. And even if it was 17 or 27 percent recidivism it would be a significant improvement over the status quo. But to get recidivism down to a single digit and to get 400 people out of the criminal justice system and into the workforce is an amazing accomplishment."

In New York this fall, more than 54,000 four-year-olds will attend pre-K classes. The city has had a universal pre-K law on the books since 1997, but it went unfunded until Mayor de Blasio made it his priority. Hales says he hopes Portland can emulate de Blasio's efforts and find a way to fund pre-kindergarten programs for all children.

The Cities of Opportunity task force will meet quarterly over the next year to share their successes and failures.

"Cities might compete, whether it's for the next national Democratic Convention or for the next software firm," Hales said. "But we are collaborators first and foremost because we all know that if other cities succeed, we do too."

So with Congress in gridlock, how is it that mayors from across the political spectrum can find common ground and a common agenda?

"Mayors are pragmatic not ideological, Hales said. "So although a few may have a party label attached to their names, it really doesn't matter, because there is no such thing as a Republican pothole or a Democratic job.

"Mayors have an attitude that, 'My city wins when your city wins,' because we both are building the economy of the country, since 85 percent of it is in somebody's city's limits."

The Conference of Mayors has just published a report on Income and Wage Gaps across the United States. (Pdf. file)