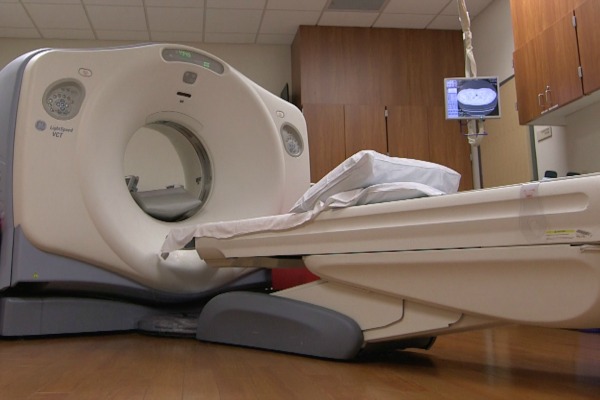 Kathrine Reed laughed dryly as she recalled the time when she discovered two different cancers through preventative screening.

Her routine mammogram showed that she had stage one breast cancer. After successfully treating this, Reed looked into screening for lung cancer through low-dose computed tomography (LDCT) at the Salem Cancer Institute.

Reed had been a smoker for 50 years before quitting four years ago. Despite the test not being covered by her insurance, she chose to pay for the screening.  The procedure revealed that she had stage one lung cancer. “The one good thing I got out of breast cancer saved my life,” Reed said.

Reed and the Salem Health Medical Center want people to know her story so they can get checked out as well.

At the time of Reed’s lung cancer screening, she had no symptoms, which is typical for most people in the early stages, according to the medical director of the Salem Cancer Institute, Dr. Nancy Boutin.

“A lung cancer that is found early is highly curable, but not likely to be symptomatic,” Boutin said. “It's really silent until it's too late.”

According to Salem Health, 75 percent of lung cancer cases are diagnosed at stage three or four, when the chance of survival is less than 15 percent. Screening for high-risk patients like Reed has doubled the number of patients whose cancer was caught at stage one.

“There is a gene that makes you more susceptible to developing lung cancer,” Boutin said. “So for the same number of pack years, an African American is more likely to develop lung cancer than a Caucasian and much more likely than Hispanics.”

The gene, NQO1, which is currently being studied, appears to make the carcinogens in cigarettes more active.  Despite lower rates of smoking, African American cancer rates are higher. The disease is more likely to strike at an earlier age for African Americans, but African Americans are less likely to be diagnosed and treated early.

“They are actually targeting a population that is at a higher risk to get them addicted to this substance.”

The Salem Cancer Institute program offers a LDCT scan, education and follow-up for $99. Scholarships are available for those who can’t afford $99, paid for by the Salem Hospital Foundation. Eligible patients are between 55 and 74 years who have had a minimum of 30 pack-years of smoking who are current smokers or who have quit in the last 15 years.

When the Institute began the screening program in January of 2013, there was no code to bill for the procedure and no health insurance coverage. Boutin said the radiologists in Salem have been donating their time and expertise.

Since then, Medicare has created a code to pay for this procedure and other insurance companies have either created a code or modified an existing code. Boutin says Medicare should start paying for screenings some time after February 1, 2015.

These billing changes may lead to more widespread availability of LDCT screenings.

For Boutin, the most important preventative measure to take right now is to stop smoking.

“If you are already smoking, do whatever you need to do to quit,” Boutin said. “Tobacco is not anybody's friend, in the African American community it's even more deadly.”

For Reed, her LDCT screening has given her a new lease on life that she wants to share with others.

“Be confident that it has a real probability of saving your life,” Reed said. “I paid 99 dollars; it was the best money I have ever spent.”