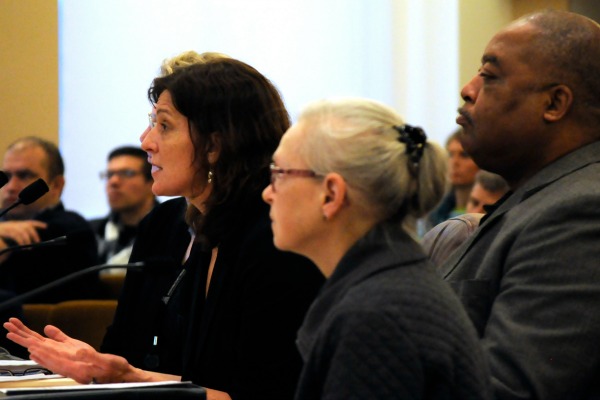 Previous health disparity reports focused on health conditions and deaths, but this new report also factored in the social determinants of health like poverty and geography, giving a holistic assessment of peoples’ lives. The analysis paints a clear picture - racism is a public health issue.

Julie Maher, who helped design and analyze the study acknowledged the direness of the findings.

"The results are sobering and it may cause people to feel uncomfortable," Maher said.

The study tracked 33 health indicators across five racial or ethnic groups; African American, Asian/Pacific Islander, American Indian/Alaskan Native, Latino, and the non-Latino White group as a baseline to compare results. Health indicators are factors such as access to prenatal care, adults without health insurance or children living in poverty.

African Americans experienced disparities in 29 out of the 33 conditions, which is the most dramatic difference out of every other group. There were no conditions where the black community fared better than the white.

According the report, African Americans had much worse social and economic conditions such as children who are four times as likely to be living in poverty and twice as likely to be unemployed at age 16 and over.

These indicators require intervention, according to the report. Many other indicators like cigarette smoking, teen-birth rates and access to health insurance need improvement as well.

The work in this report builds on the previous county reports and work done by the Coalition of Communities of Color and Regional Equity Atlas in making the connection between racism and health.

Gerald Deloney from the Coalition of Communities of Color said he knew from his previous work that the situation was critical.

“For people of color, we are not surprised by the report,” Deloney said. “It is even worse than our intuition has told us.”

As Deloney presented to the county board, he gave life to the data in the report. He cited the lived experiences of the poor and disenfranchised like his parents who lived in Vanport at the time of the flood. To him, it boils down to an equation, “Risk equals stress equals death.”

For the Multnomah County Health Department, the report should serve as the beginning of a new conversation and a call to action, according to Maher.

Rujuta Gaonkar, county health equity initiative manager spoke about the next steps the county should take to reverse health disparities such as:

Having a dialog and being accountable to affected communities is a critical next step, according to Gaonkar.

“We really need to put into action this expression of partnering with community, and making that real,” Gaonkar said in a later interview. “I think people who are most impacted by health disparities need to be at the table having the conversation.”

According to Deloney relationships and values should work together to solve issues. Relationships are important because they enable work to be done, values show how much people are invested in the work.

“If you believe in equity, it should be reflected in your budget,” Deloney said. “You are how you spend your money, because that is what you value.”

Like Deloney, Commissioner Loretta Smith sees the report as a call to action to invest in communities of color.

“We are going to have to go beyond what we are doing right now for communities of color and invest additional dollars to programs.”

Find out more about the Coalition of Communities of Color

For more information, watch the presentation or read the Multnomah County executive summary.