Belichick on Deflated Balls: 'We Try to Do Everything Right' 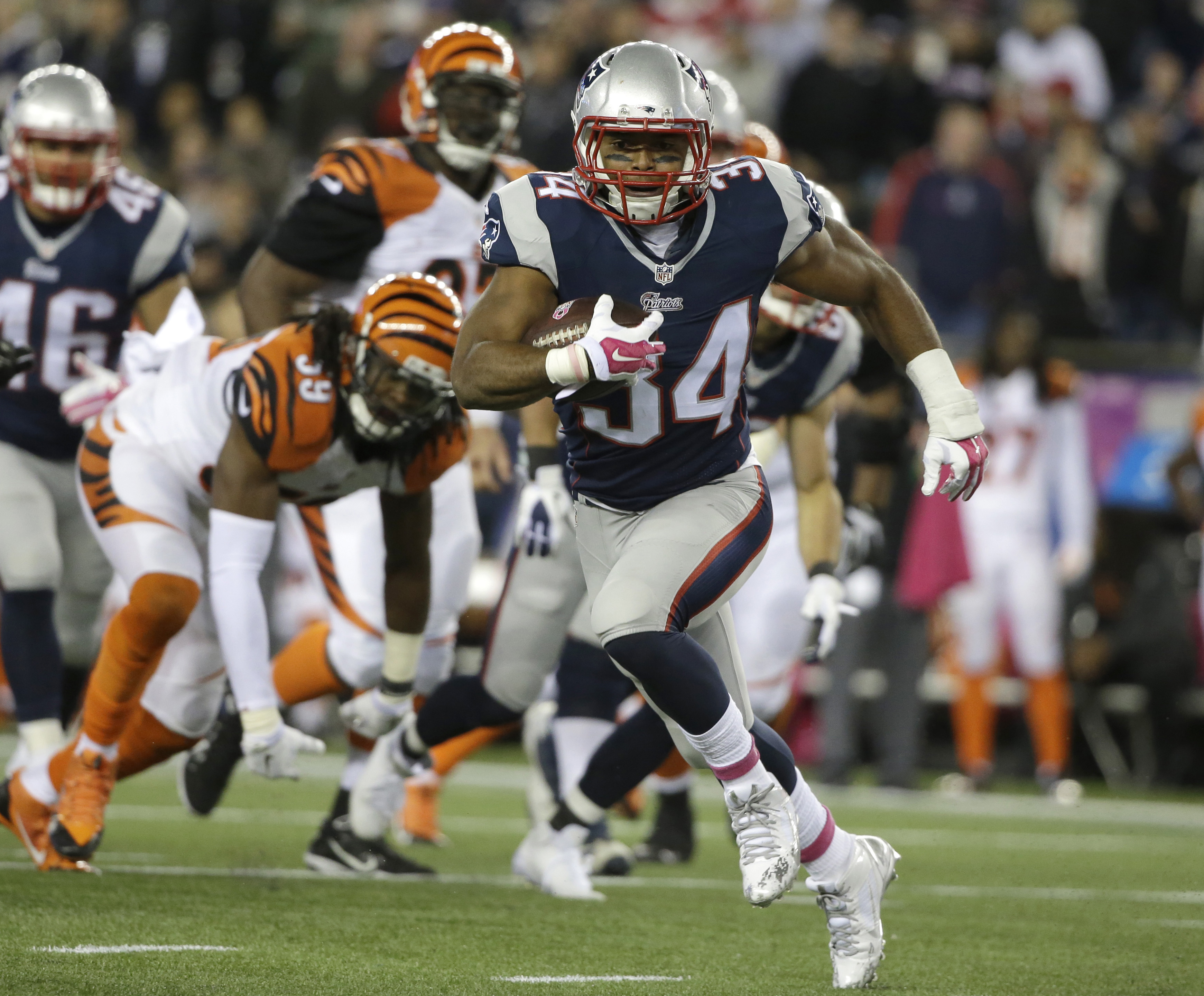 In this Oct. 5, 2014, file photo, New England Patriots running back Shane Vereen, center, runs with the ball against the Cincinnati Bengals in the second half of an NFL football game in Foxborough, Mass.

FOXBOROUGH, Mass. (AP) — Saying his team "followed every rule to the letter," New England Patriots coach Bill Belichick described in detail how his team prepares its footballs on game day and defended his players from chatter that they made it to the Super Bowl by cheating.

"At no time was there any intent whatsoever to try to compromise the integrity of the game or to gain an advantage," Belichick said in an unscheduled availability on Saturday afternoon, eight days before the Patriots will play the Seattle Seahawks for the NFL championship.

"Quite the opposite: we feel like we followed the rules of the game to the letter," he said. "We try to do everything right. We err on the side of caution. It's been that way now for many years. Anything that's close, we stay as far away from the line as we can."

Speaking once again with authority on a topic he previously professed ignorance of, Belichick said the team conducted an internal study on the process of getting game balls ready.

Most of the steps are designed to make them tackier, which has a noticeable effect on how it feels, he said, but the process could also affect the pressure inside the ball, which is harder to tell by touch.

The Patriots reached the Super Bowl for the sixth time in Belichick's tenure when they beat the Colts 45-7 in the AFC championship game on Sunday. But later that night, Indianapolis TV station WTHR reported that some of the game balls provided by New England for the use of its offense weren't sufficiently inflated.

The NFL said its initial investigation confirmed that some of the footballs used in the first half of the conference title game were underinflated. On Thursday, Belichick deferred questions on the game balls to Brady; the quarterback also denied any impropriety.

Wide receiver Matthew Slater, who also serves as the team's union rep, said Saturday that the players had been instructed by the NFLPA not to comment on the situation.

But in the slow news off-days before Super Bowl week, the allegations received disproportionate attention — and Twitter hashtags such as "Deflategate" and "Ballghazi" — along with comparisons to the videotaping scandal of 2007, when the Patriots were hit with unprecedented penalties after Belichick was caught recording opposing coaches sending in signals from the sidelines.

Belichick denied that there is a pattern of rule-breaking, or even of pushing the rules to their limit.

"It was wrong. We were disciplined for it. That's it. We never did it again. We're never going to do it again," Belichick said of the scandal that came to be known as "Spygate." ''And anything else that's close, we're not going to do either."

A football lifer who only seems happy on the sidelines, if at all, Belichick is known for an absolute attention to detail that prepares his team for every imaginable situation.

But instead of getting ready for the Super Bowl, he said he has spent far too much time the past week studying the science and learning about "bladders, air gauges, stitching, pressure, game day football preparation, rubdowns and so forth."

"I'm embarrassed to talk about the amount of time that I've put into this relative to the other important challenge in front of us," he said. "It sounds simple, and I'm not trying to say that we're trying to land a guy on the moon, but there are a lot of things here that are a little hard to get a handle on."

But Belichick seemed most emotional when he came to the defense of his team. Among the questions he and his players have been asked this week is whether they cheated to get to the Super Bowl.

Belichick praised his players, who went 12-4 in the regular season, won an 11th division title in 12 years, made a fourth straight trip — and ninth overall — to the conference championship game, and have a chance for a fourth NFL title in his tenure.

"They're a physically and mentally tough team that works hard, that trains hard, that prepares hard and have met every challenge that I put in front of them," he said.