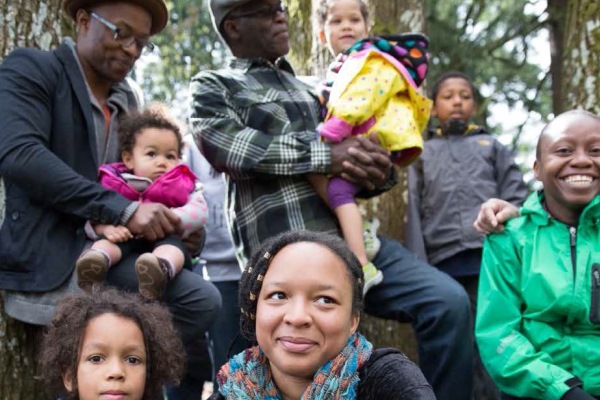 The release of the Urban League’s second State of Black Oregon report this week shows that problems in the Black community have persisted or worsened.

Urban League of Portland president and CEO, Michael Alexander, says that despite some progresses, systematic inequities continue to be perpetuated through racism and lack of economic opportunity.

“As Oregon works to build a healthy and prosperous state, we risk failing to fulfill our potential and our promise if we do not dismantle the legacy of inequity and institutional neglect of communities of color," says Alexander, who's retiring this month.  Civil Rights attorney Nkenge Harmon Johnson will take over as president.

Here are some of the core findings from the nearly 200-page State of Black Oregon report:

UNEMPLOYMENT, ECONOMICS, AND POVERTY, AND ENTREPRENEURSHIP

Johnson takes the reins at a critical time, as problems have increased in the five years since the original report was written. The wealth gap between Blacks and whites, for example, has widened.

Black unemployment is nearly triple that of whites, a staggering 20.7 percent.

Consequently, Black poverty rates are nearly triple the 11.7 percent for whites, and when it comes to food insecurity the rate is nearly doubled for Blacks, the report says, a staggering 44.4 percent.

It should be noted that today nearly 1 in 5 of Oregon’s near 4 million residents are living in poverty—a problem rampant in the state’s rural counties.

Entrepreneurship, report essayist Mike Green, co-founder of ScaleUp Partners notes, is the “driving force” of wealth creation and the global economy—thus a critical element of jobs and economic vitality for Black Oregonians.

Black people are locked up at a rate that is six-times that of their white counterparts who stand as the state’s majority making up more than three-quarters of its total population.

In 2010, Blacks accounted for nearly a fifth of all police stops in the state despite making up two percent of the total population.

The report calls for an end to both the Measure 11 law which automatically transfers youths to adult court, an end to mandatory minimum sentencing, and programs that better sustain life post-incarceration.

Homicide remains the leading cause of death for Black youths 10 to 24 in Oregon which is noted as a symptom of compounded stresses, multiple traumas including personal ones, and environments that overstimulate the “fight or flight” responses.

With the introduction of the Affordable Care Act (a.k.a. “Obamacare”) and Oregon’s switch from a state-based market to the federally-ran Healthcare.gov things have proven confusing for Oregonians at large, and put an increased urgency on advocates like North by Northeast, Urban League and others to get Black communities into a healthcare plan.

Oregon has the worst graduation rate for whites in the nation, and the third worst for Blacks.

People of color makeup a growing number of the pupils in Oregon schools and increasingly account for the number of its graduates from public schools rising from 26 percent in 2011 and 2012 to an expected 31 percent for the next two years.

Like the state’s total Black population, Black students account for just over 2 percent of the student body—while African descent teachers are less than a percent of educators in the state.

Though not included in the report, a three-part series on the school to prison pipeline by The Skanner’s own Lisa Loving noted discipline rates for Black students had increased under Portland Public School superintendent Carolyn Smith.

“Every child should be able to attain an education and fulfill their dreams. We must focus on strategies to lift Black youth out of poverty, end school exclusion and foster respect for cultural identity,” says the report. .

The greatest concentration of Oregon’s Black population lives in the Portland metro area. In the half decade since the last Census in 2010, more than 10,000 Black people have moved out of the city’s core neighborhoods, as Urban Renewal plans continue to gentrify the poor out to the fringes and suburbs of Portland.

One of the featured essays in the report comes from housing expert and Portland State University professor Lisa Bates titled, “This is Gentrification;’’ in it, she details City policies that perpetuated these stark changes while making an appeal to re-build.

“Gentrification and displacement aren’t inevitable. Black Oregonians have voiced a vision for thriving neighborhoods. That vision for community development can be made real with a clear focus on racial justice and empowerment.”