Hood to Coast Heads to China 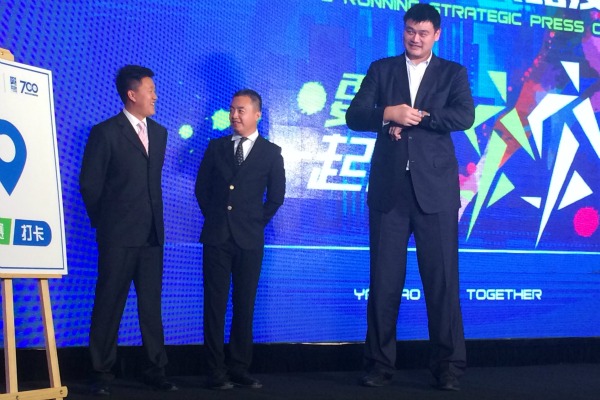 SHANGHAI, China – October 28th, 2015 – Starz Sports International Management Co., Ltd (Starz Sports) announced in Shanghai, its development strategy for running as it announced the use of “Yao Pao Run Together” as its slogan, and dedication to the realm of running aiming at mid to high-level runners by providing them with high quality, professional running events and service platforms. This mission will be highlighted by Hood To Coast China, as Starz Sports and “The Mother of All Relays” have partnered to bring Hood To Coast to China in 2016.

Starz Sports set foot in the running realm in 2014, with the “Yao Pao 24-Hour” City Relay Match. As the founder of the “Yao Pao” brand, Yao Ming introduced the idea of “Yao Pao, Run Together”, promoting the concept that running can also be a team sport, providing participants a sense of honor in the team’s commitment, and providing a chance to contribute to public welfare through helping the local communities in which in the events run through.

After the success of hosting two “Yao Pao 24-Hour”events, Starz Sports took its experience to reach an agreement with Hood To Coast, and confirmed that this ever popular relay race, with 34 years’ experience, will be introduced into China for the first time. The Hood to Coast organizing committee authorized Starz Sports as its only event organizer to fully operate the implementation and development of this soon to be prominent event in China.

During the press conference, the President and Race Director of the Hood To Coast / Portland To Coast Relays, Felicia Hubber, gave a detailed introduction of the event. Hood To Coast is the most popular relay race in the world, and was founded by Robert Foote in 1982. Teams participating in the event are each made up of 8-12 people, the race course traverses 198 miles from the top of Mount Hood in Oregon, to the sandy beach of the Pacific Ocean. Participating teams come from 37 countries, and the total number of participants is capped at over 19,000 people.

“Hood to Coast has a passionate following that many say is a “must experience” at least once in each person’s lifetime,” said Felicia Hubber. The wait list for participation reaches over 40,000 people, and the relay has sold out on Opening Day of Registration for 25 straight years.

Hood To Coast hosts the largest finish party on the U.S. West Coast, all while introducing people from around the world to one another in this epic event. It is worth pointing out that every year, Hood to Coast works with many local fundraisers and calls upon participants to get involved. Hood To Coast helps raise over $550,000 annually for cancer research, treatment and support services at the Providence Cancer Center.

During the press conference, Felicia Hubber and the general manager of Starz Sports Lucia Li, represented both sides to exchange race bibs for the 2016 Hood To Coast and Hood To Coast China Relay, signifying the formal cooperation between the two sides.

In the future, Starz Sport will adhere to its development in running, as it plans to hold nearly 40 events that reach 2 million people in the next 3 years.

“It could be love or because of our belief that keep us participating in a sport for a period of time, this sport gradually become our life style, and this life style is also going to become part of our character, and our character is going to lead us to where we want to be” said Yao Ming.