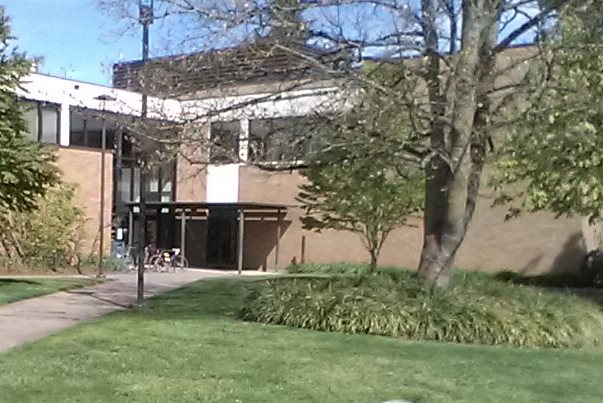 Harrison’s talk on the Cascade campus – entitled “Imagining a World Without Whiteness” – touched off a month-long program on PCC campuses called Whiteness History Month, which will run throughout April. Some are broad in their focus, offering introductions to concepts in race theory, and some are more specific, discussing specific moments in history or specific identities. One talk, for instance, is titled, “How Arab-Americans Became White – and Then Weren’t Again.”

According to Abe Proctor, the community relations manager for PCC’s Cascade Campus, planning for the event grew out of a series of discussions over a faculty and staff email list following the death of Mike Brown in Ferguson, Mo., and the announcement that Darren Wilson, the officer who shot him, would not be indicted.

“There was a long internal email exchange on Ferguson and the email reactions to it,” Proctor told The Skanner News. “It became clear that a larger conversation was necessary on race, and racism and White privilege and how the concept of whiteness came to be.”

Whiteness History Month was the subject of national and local media scrutiny months before it was scheduled to take place. Emails from the college’s faculty and staff Google Group sent last fall and obtained by The Skanner, reveal some faculty and staff were uncomfortable with the concept for the event – with some initially thinking it would be a “White history month” and some saying the planned events were intended to shame White people.

“The name was very deliberately chosen, not necessarily to be provocative in the sense of creating conflict, but when you read that name it immediately gets you thinking in a way that Racism Awareness Month does not,” Proctor told The Skanner.

“There wasn’t an aspect of those three words that there wasn’t a lot of discussion about,” said Luke Givens, coordinator of PCC’s multicultural center.

“To call it something else, the only reason we would do that would be to make people feel comfortable.

That would be disingenuous,” Givens said.

Givens said the events are meant to be grounded in history, rather than in people’s thoughts and feelings about race.

Harrison’s talk emphasized the idea that Whiteness is a cultural construct – one that didn’t even exist when the United States was founded, but was instead created in the early 19th century to divide lower classes against each other. Africans lived in North America in the 16th century and could own property, vote and even own indentured servants.

He traced the origin of the concept of whiteness to 1705 and the introduction of the Virginia Slave Code, which said all Black people entering the commonwealth would live as slaves.

Harrison said understanding the idea of whiteness as a construct is critical because misunderstanding history can have an impact on policy decisions. He said President Lyndon Johnson’s rationale for continued escalation during the Vietnam War was that he didn’t want it to be the first time the U.S. ever lost a war – apparently unaware, Harrison said, that the War of 1812 was a draw and the Revolutionary War could not have been won without French assistance.

Harrison said letting go of whiteness means letting go of beliefs that reinforce the idea of a White power structure – including stereotypes like “the angry Black student,” which can be used as an excuse for refusing to examine the underlying source of a student’s anger.

“It has a beginning. There’s a possibility that it has an ending,” Harrison.

Some Whiteness History Month events are part of scheduled courses, but many are open to the public as well as students, faculty and PCC staff, and events are scheduled throughout the month on all PCC campuses. For a full schedule, visit https://www.pcc.edu/about/diversity/cascade/whiteness-history-month/events.html.