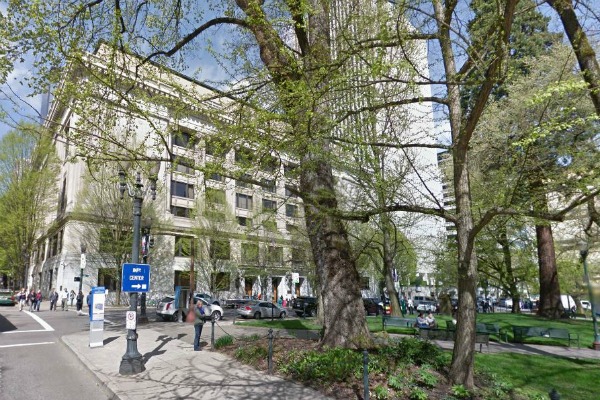 The ACLU of Oregon recently released a report, “Roadblocks to Reform,” which details the extensive influence of district attorneys, the highest ranking prosecutors.

In each county, this one lawyer manages the staff of prosecutors who have the power to file criminal charges, bring evidence to grand juries and determine when an alleged crime falls under mandatory minimum sentencing.

“We need to… create mechanisms for the public to engage the district attorneys as the elected officials that they are,” Rogers said.

The report studied district attorney elections in Oregon from 2004 to 2014, covering six election cycles. During this period of time there were 111 DA races, but only 24 of these elections were contested. Nearly 8 out of every 10 district attorneys faced no opposition on the ballot.

Rogers told The Skanner News that district attorneys have the power to influence racial disparities in the criminal justice system through their use of mandatory minimum sentencing and the prosecution of low-level crimes.

With the increased use of mandatory minimum sentences, there has been a corresponding rise in the amount of plea bargains used by defendants to avoid the worst case scenario of the mandatory minimum. According to Rogers, nearly 90 percent of cases never go to trial as defendants make plea agreements.

The ACLU report outlines how district attorneys can choose to prosecute low level offenses or choose to put defendants into criminal diversion programs. A number of reform minded DAs were highlighted in the report such as Prosecuting Attorney Dan Satterberg representing King County in Seattle and John Chisolm, the district attorney of Milwaukee County in Wisconsin.

The MacArthur Foundation Racial and Ethnic Disparities report on Multnomah County found disproportionate treatment of African Americans at every level of the criminal justice system. Black people are charged with low level offenses like trespass, disorderly conduct and littering at three to five times the rate of White people.

“Right now, Black people are being charged with low level offenses at seriously disproportionate rates -- at much higher level than White people,” Rogers said. “The district attorney’s office has the discretion to stop doing that.”

The report recommended four strategies to reform the criminal justice system through the district attorney’s office:

Kristen Grainger, the communications director for Governor Kate Brown, said the governor is very concerned about the overrepresentation of racial minorities, particularly Black men, in the criminal justice system.

Grainger said that Governor Brown has had the opportunity to appoint only one district attorney since taking office and a lot of thought goes into the process of choosing a new DA.

“In selecting district attorneys, when the occasion infrequently arises, Governor Brown makes decisions on a case by case basis. She seeks a diverse pool of applicants and selects the person she believes is best suited to serve that community’s needs,” Grainger told The Skanner News.

Kevin Neely, the spokesperson for the Oregon District Attorneys Association, said there is another reason DAs are often unopposed in general elections and are generally promoted from within:  there are very few qualified candidates.

“This is complex work that requires a very advanced degree of specialization and it shouldn’t come as a shock to anyone that a sitting prosecutor is the most qualified for the job,” Neely said.

Unlike city council members or state legislators, district attorneys need to be lawyers who specialize in criminal law. In addition, the contract from the state is often less than what a lawyer could earn as a prosecutor or defense attorney.

Neely disputes the report’s assertion that district attorneys are not engaged with citizens and says they are focused on public safety. As for the question of reforming the criminal justice system, Neely says those policies come from Oregon voters.

“Most of the significant policies that have come down over the last twenty years in Oregon, related to public safety, have been enacted by the voters,” he said. “The district attorneys have implemented the will of the voters.”