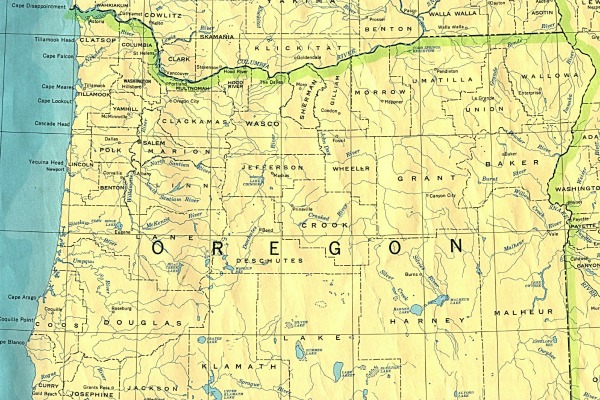 A report published in June on the Oregon Community Foundation identified a history of cultural insensitivity and poor outreach to communities of color – but also said the organization is making strides toward improving its diversity practices.

The National Committee for Responsive Philanthropy, a watchdog organization that examines grantmaking organizations, worked with OCF as well as OCF grantee organizations on the report, titled, “The Oregon Community Foundation: Can It Build a Statewide Legacy of Equity and Inclusion?” The report was part of a newly launched project – called Project Philamphlify – intended to examine how large foundations (those with $1 billion or more in assets) are benefiting the most marginalized populations in the country.

“There’s kind of a culture of niceness and deference to foundations because they have a lot of resources,” said Lisa Ranghelli, one of the report’s co-authors. Part of the idea behind Project Philamphlify is to embolden people to take a closer look at how grantmakers approach their work.

Ranghelli and coauthor Caitlin Duffy surveyed OCF’s grantees, and include several anonymous quotes from the list. (The Skanner News contacted some organizations and coalition groups that have received Oregon Community Foundation Funding in the past – including the Coalition of Communities of Color – for comment on the report but did not receive a response.)

Ranghelli said OCF provided researchers with a list of all grantee organizations, along with contact information and they sent surveys asking about the foundation’s work.

“What I think was actually most surprising was the disconnect between what leaders of color and LGBTQ leaders were saying about the foundation and how the foundation saw itself,” Ranghelli said.

“We found in urban parts of the state, a sense of neglect, not just African Americans but other communities of color in urban in parts of the state,” Ranghelli told The Skanner, including a timidity about providing funding for programs that actually promote structural change.

The report singled out a lack of data tracking on funding for organizations that serve communities of color, though the organization has started to track populations served with 2015 grants, as well as a historical pattern of cultural insensitivity by former OCF staff. Leaders of color in grantee organizations, who were quoted anonymously, reported incidents like being asked by former OCF staff how long they’d been in the country (this question was posed to a Latino leader who was born in the U.S.).

In addition, the report said leaders in organizations serving communities of color said the organizations themselves were often blamed for lack of funding.

The report quotes an OCF grantee as saying, “OCF staff would blame us for their not investing in our groups, telling us ‘You don’t have capacity’ or ‘You don’t have vision’ or ‘You’re not competitive.’ The common denominator was always race.” Grantees for communities of color and LGBTQ organizations also told researchers they felt the foundation took a transactional approach to the relationship, rather than looking for long-term partnerships.

But Ranghelli was also encouraged by OCF’s willingness to participate in the report, and the reflectiveness of OCF leadership.

“I think I was encouraged by the very thoughtfulness and intentionality and enthusiasm with the OCF,” Ranghelli said, including the willingness of OCF leadership to reflect on their own privilege.

“We did do a lot of research with them to make sure that we could be as transparent as possible,” said OCF spokesperson Joan Vallejo. “I think the report shows that a lot of the work they had already started on.” Vallejo and Sheila Murty, OCF’s vice president of operations, emphasized that the foundation has created a road map to improve its practices around diversity, including creating more authentic partnerships with diverse communities.

“I would say that this is a journey. There’s no arrival point. We are intentional we are focused we are taking this really seriously,” Murty said.