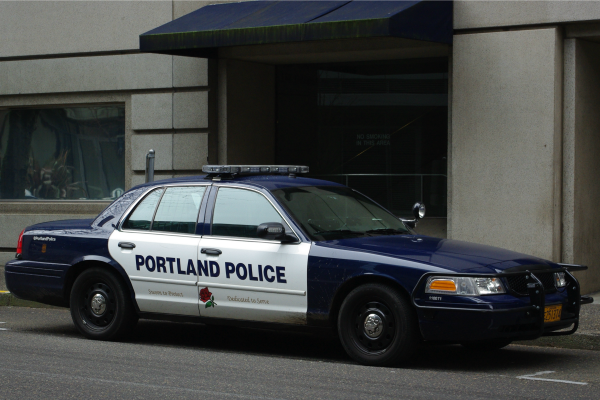 During a tense town hall meeting last week, police accountability advocates railed against the proposed changes to the Citizen Review Committee. The move would end public meetings and merge the CRC into the Police Review Board.

Kristen Chambers of the National Lawyers Guild testified that closed meetings would push the citizen complaint process farther away from community or independent police oversight.

“The fundamental problem with having closed meetings is that it doesn’t matter how well intentioned the group is, when you go behind closed doors, it is easy for people to get pressured …, especially when there are people of authority in the room, such as many police officers,” Chambers said.

Currently the CRC can appeal the findings of police command staff after a complaint has been investigated by the Independent Police Review or Police Internal affairs. The 11-member volunteer committee gathers community concerns and publicly reports its findings.

In the new model the CRC would be involved at the beginning of a police complaint instead of an appeal. The CRC would also be able to hear deadly use-of-force complaints. The combined board would have more citizens than police officials as voting members.

The city council will vote on the proposed changes Sept. 7.

These changes are being considered so that complaint cases are decided within 180 days, a condition of the U.S. Department of Justice settlement agreement. In a memo to the Citizen Review Committee, Portland Auditor Mary Hull Caballero wrote that it took a median of 149 days for a complaint to move through the appeal process.

“The proposal doesn’t solve the problem of misconduct complaints taking too long to be resolved,” Portland Copwatch wrote. “Getting rid of public appeal hearings on misconduct cases thwarts the will of the people.”

The town hall provided over an hour for community testimony and more than 20 people signed up to speak. Nearly every person who testified urged the council to keep public meetings.

People were also very critical of the public outreach of the meeting and of the proposed plan. When announcing the town hall meeting online, the release read “Portland Police Discipline System: What Works? What Doesn’t?”

At the bottom of the announcement it read that city council members would receive community input on proposed adjustments to streamline the complaint process. Only those who followed the work of the CRC or the Community Oversight Advisory Board knew this meeting was to specifically address the proposed CRC merger.

Chambers testified that the short notice and lack of information hindered the ability for people to weigh in and shape the new plan.

“The timing of this meeting and the information provided has been completely inadequate, we have scrambled to come together to just understand what the proposal is, let alone provide suggestions and ideas,” Chambers said.

Other people testified that the plan was not well informed by community, the Citizen Review Committee or the COAB.

Kristin Malone, an attorney who chairs the CRC told the council that committee itself was not fully represented by the focus group that spent six months developing the proposal. One member of the CRC, Jim Young, was part of the focus group, but he was restricted from sharing information to or from the committee.

After the proposal was finished, the CRC had little time to review it and met only within the last few weeks to discuss it. Malone delivered a forceful recommendation to keep the public meetings.

“The CRC opposes, in the strongest terms, any change to the process that decreases transparency and public access to the complaint and appeal process,” Malone said.

Portland activist Joe Walsh told the city council that it needed to earn the trust of the community, but the process in delivering the proposal eroded that trust. Walsh angrily called out the council for not having community input in the development.

“The fact that you did not incorporate the COAB is stunning,” Walsh said. “My God, the COAB is the very organization that is supposed to go to the citizens of Portland to get their input and you left them out.”

The Rev. LeRoy Haynes, co-chair of the Albina Ministerial Alliance's Coalition for Justice and Police Reform, pushed for stronger police accountability. He asked for an independent board with the power to compel testimony.

Haynes said the weaknesses of the new proposal were “troubling” to the AMA, citing the lack of community input, closed-door hearings and police accountability that is less transparent and less publicly accessible.

“It is dominated by police reviewing themselves and that is unacceptable to the public, especially stakeholders who are part of the reform movement and a call for justice,” he said.

In his closing remarks, Haynes asked the city council to consider the overall effect of the proposed changes.

“We must ask the question does it move us forward with reform and justice for all the citizens in Portland?” Haynes asked.