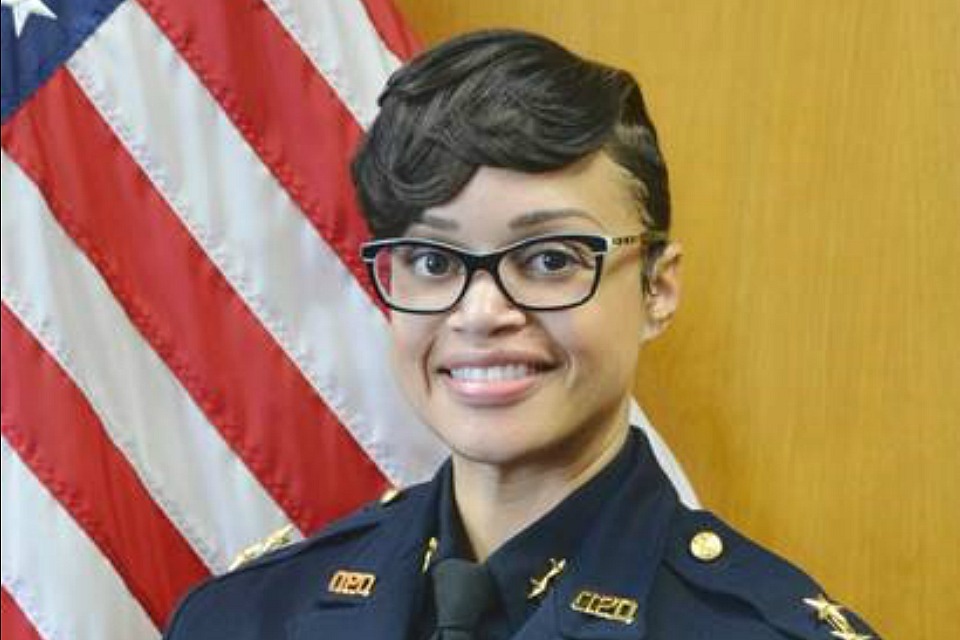 PORTLAND, OR – Mayor Ted Wheeler today announced that he has selected Danielle Outlaw to become the next Chief of the Portland Police Bureau. Outlaw is a 19-year veteran of the Oakland Police Department, where she served as a Deputy Chief since 2013. Outlaw will be formally introduced at a press conference on Thursday, August 10.

During the selection process, Mayor Wheeler emphasized the qualities he wants in a police chief, based upon the principles of President Obama’s Task Force on 21st Century Policing.

The Mayor selected Outlaw based on her ability to provide leadership and supervision to over 950 sworn and 270 non-sworn employees, to work effectively with diverse communities, and to lead an organization committed to community policing, transparency and accountability. Wheeler and Outlaw have a shared dedication to improving relationships with Portland’s communities of color, increasing diversity and embracing equity.

“I have concrete goals for the Portland Police Bureau, all of them challenging to achieve. I need a partner. I need a leader. More than that, I need someone with a passion for this work who will be in it for the long haul,” said Wheeler. “Danielle Outlaw is that person.”

Outlaw worked for the Oakland Police Department since 1997, beginning her career as an Oakland Police Explorer while she was a student at Holy Names High School. She rose through the ranks, with assignments including Patrol, Community Services, the Office of Chief of Police, the Criminal Investigation Division, Public Information, Internal Affairs and the Office of Inspector General, and the Bureau of Risk Management.

Outlaw obtained a Bachelor of Arts in Sociology from the University of San Francisco and a Master of Business Administration from Pepperdine University. She is a graduate of the Police Executive Research Forum Senior Management Institute for Police and the Major Cities Chiefs’ Association Police Executive Leadership Institute. Outlaw is a member of the National Organization for Black Law Enforcement Executives (N.O.B.L.E.).

“My life’s passion is policing. I want to make a positive difference in the lives of my fellow officers and the residents of the community,” said Outlaw. “Portland is an amazing City. I am humbled by the tremendous opportunity in front of me, and am ready to get to get to work.”

The Mayor undertook a recruitment and selection process that included public input. That process included an online survey asking Portland residents the qualities and characteristics in the next police chief. The Mayor held invited community focus groups to help develop the job description. The City formed interview panels consisting of community stakeholders to forward their recommendations to the mayor.

Outlaw will step into a role previously held by Mike Marshman. During his tenure as Chief, Marshman jump-started recruitment efforts, attracting a highly-qualified, diverse set of recruits to fill a shortage in the ranks of officers. Morale, which had earlier dipped to crisis levels, improved greatly under Marshman.

“Mike Marshman made tremendous strides in key areas during his time as Chief,” said Wheeler. “I enjoyed a positive working relationship with him, and have the highest respect for him as a leader and as a person. He is a good man.”

Wheeler has set an intended start date for Outlaw of no later than Monday, October, 2. The offer of employment is contingent upon the successful completion of a background check conducted by the Oregon State Police. The background check is expected to take four to six weeks. Outlaw has stated her intention to live within Portland city limits.

The mission of the Portland Police Bureau is to work with the community to create and maintain safe neighborhoods. The Bureau’s mission is to reduce crime and the fear of crime by working with all citizens to preserve life, maintain human rights, protect property and promote individual responsibility and community commitment.