‘Aging Out’ – and Into College 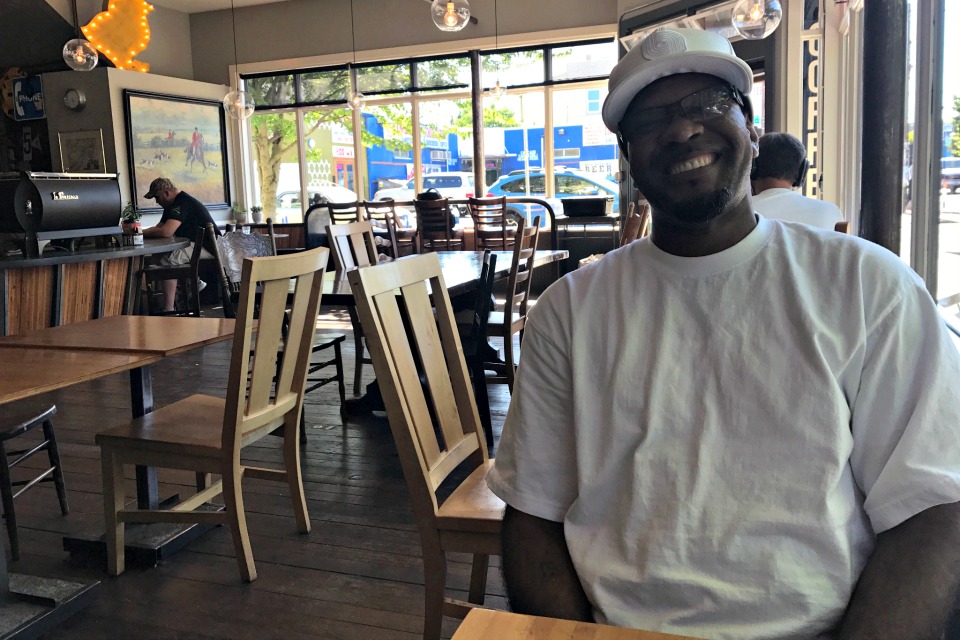 When Robert McDonald moved into his first apartment, it took a long time to unpack most of his boxes. He’d moved so often growing up, he said, that getting comfortable settling into a new place was difficult.

McDonald grew up in and out of foster care. His home base was Portland, because his grandmother lived here, but his family circumstances meant he shuffled between foster homes in numerous states, landing back in Portland as an adult.

McDonald also struggled, as an adult, to find his path in life. He gave about 20 years of his life to addiction, he said, before seeking a path and career. In 2010 he enrolled at Portland Community College. At first he was in the heating, ventilation and air conditioner repair program, but changed course due to an issue with financial aid. Then he made a discovery: he loved math, and had a knack for describing it to others.

“I used to avoid math,” he said, laughing.

McDonald has finished his associate’s degree and is now a full-time student at Portland State. He continues to tutor at PCC and to volunteer with Fostering Success, a mentoring program specifically for students who experienced foster care at some point during their childhood.

Fostering Success is a relatively new program – coordinator Lisa Feinics started in her position last August – but Feinics said it developed gradually as administrators at PCC realized former foster youth can use more support at the college level.

In addition to working directly with students to offer support and information, Feinics trains faculty and staff to become “champions” for former foster youth, offering support and referrals to resource. The network of champions has been around for several years, but her position was created to provide a more direct point of contact for college students coming from the foster care system.

In Oregon young people traditionally “age out” of foster care at age 18 – meaning state support for their foster parents ends. In recent years the state has expanded offerings for aged-out youth, including supported housing for youth up to age 21. Historically adults who’ve finished foster care have been less likely than their peers to complete a high school diploma or GED – and more likely to experience homelessness, incarceration and addiction.

Former foster students who go on to college are also less likely to finish. According to a fact sheet published by the national Fostering Success program, 84 percent of foster youth aged 17 or 18 want to go to college but just 20 percent enroll in college. Less than 10 percent obtain a bachelor’s degree.

Feinics lived in a series of foster homes as a child and went on to obtain a PhD in neurobiology and behavior, studying the effects of stress and drug abuse on the brain. She worked in research for a while, but felt pulled to help children and teenagers with backgrounds similar to hers. First, she started a nonprofit to give monogrammed luggage to students in foster care – whose belongings are usually bagged in garbage bags when they move from one home to another. Eventually, she started working at a Fostering Success program in Michigan -- one of a small but growing network of programs like it nationwide -- and then was hired by PCC.

‘People assume the battle is won’

At PCC Feinics has made contact with about 60 students in her time at PCC. Some have just recently aged out of the system; others are in their 30s and 40s, and one student who approached her was in her 60s.

The champion network was created by staff in the financial aid office, and many of the challenges foster care students face have to do with money and financial aid. Students who moved a lot in their youth often have gaps in their education, which means they need to take remedial or foundational classes to catch up to their peers.

“Developmental classes add years. Financial aid will only pay for so many years of undergraduate education,” Feinics said. Other students may be hamstrung by something like an unanticipated lab fee for a science class. Fees as small as $20 can be difficult to manage for students with little or no income other than financial aid, she said. And faculty and staff who haven’t experienced poverty don’t always respond sympathetically, asking students if they can borrow from someone to tide them over until their financial aid disburses. Students without parental support usually don’t have that option, she said.

Feinics said while some students need concrete, specific forms of support, others just need to talk to someone who knows what it’s like to have been raised in the foster system.

“I sometimes say, ‘I can’t change the past for you, but I can help you have a better adulthood,” Feinics said.

Royce Markley, a 23-year-old University of Oregon student studying psychology and creative writing, grew up in foster care and who has chronicled his experienced on his blog, Foster Fight. Markley started his education at Linn-Benton Community College and said it took him longer than he expected to complete his associate’s degree due to a combination of financial and emotional challenges.

Specifically, he said, his financial aid was suspended a couple of times during his community college years due to poor grades.

“I’m responsible for failing those classes, but a lot of youth go through college and don’t have to worry about not paying for food because you failed those classes,” Markley said.

He also suspects he struggled academically in part because growing up in abusive environments lowered his expectations for himself. He’s also the oldest in his family, and his concern about his younger siblings took higher priority for setting goals for himself, he said.

“A lot of people assume that once you get to college as a foster youth, the battle is won and that’s just not the case,” Markley said.

Feinics said some students also may need advice about navigating a bureaucratic system, or help with life skills, as well as emotional issues that may arise from past trauma.

McDonald said it took a long time to connect with others and to set down roots.

A ‘fear of becoming vulnerable’

“Coming out of the foster care system, there’s a fear of becoming vulnerable,” McDonald told The Skanner.

Fostering Success provides a point of contact for assistance, but also allows students who’ve experienced foster care to meet others with similar experiences. Many foster care advocates are young, Feinics said, and students often tell her she’s the first former foster youth they’ve met over the age of 35.

McDonald said Fostering Success has allowed him to connect with other students to help them get a sense of what’s possible. McDonald, who is African American, also said he works directly with former foster youth of color to help them navigate college life.

“For students of color, we already have a different navigation path, and for students coming out of foster care, that’s complicated,” McDonald said.

Markley has been a vocal advocate for foster youth at the state and national level, testifying for a Foster Youth Bill of Rights in May 2013 and a Foster Sibling Bill of Rights in May. He connected with those opportunities through Foster Club, a national nonprofit based in Seaside that holds conferences for current and former foster youth, and connects them with opportunities for advocacy.

Connecting with other foster youth at conferences, Markley said, helped him stop distancing himself from the label. He’s studying to become a clinical psychologist, but he also hopes to make a lasting impact on the foster care system.

McDonald looks forward to teaching, and also loves helping students overcome the hurdles he encountered in his education.

“I don’t think navigating the system should be that hard,” McDonald said.