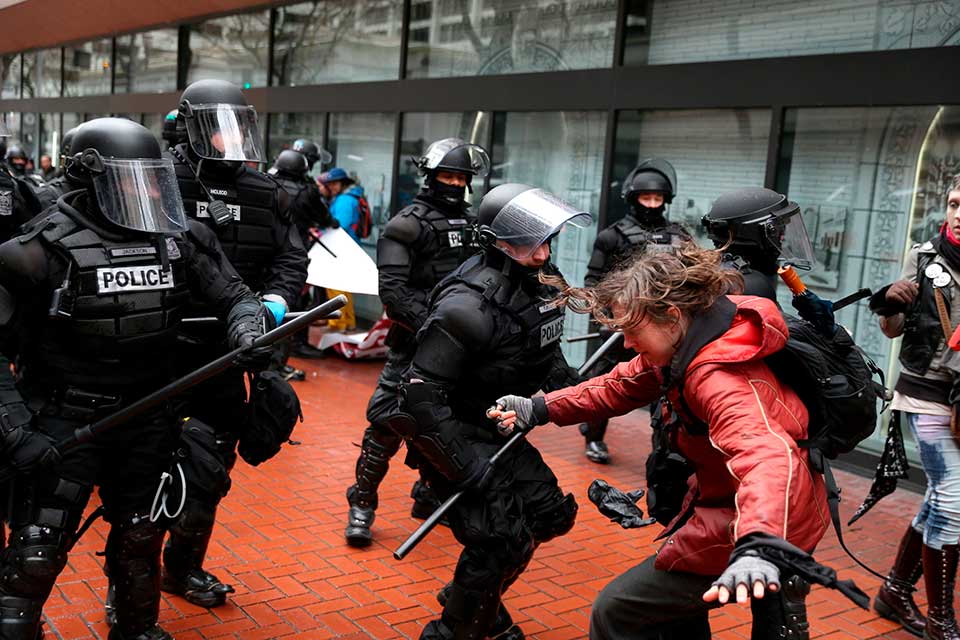 PORTLAND, Ore. (AP) — The Portland City Council on Wednesday rejected an ordinance that would have given Mayor Ted Wheeler new powers to regulate protests.

The mayor's proposal failed 2-3 when Commissioner Nick Fish cast the deciding vote against it, the Oregonian/OregonLive reported .

Fish, an attorney, said his decision was "a close call" and that he was wary of any restrictions on free speech that may not pass legal muster.

"I'm not convinced that we've done everything we can with the tools already at our disposal," Fish said.

Wheeler's ordinance would have given him the power to dictate the conditions of rallies, such as where and when they may be held, if demonstrators have a history of violence and if public safety was jeopardized.

The mayor said he and Police Chief Danielle Outlaw developed the idea in response to a growing number of violent demonstrations in Portland since 2016, where right-wing and left-wing protesters clash.

Outlaw has said those protests are difficult to police. She and the mayor contend new so-called "time, place and manner" restrictions on public gatherings would keep the public safer.

Eudaly said she believes Wheeler and Outlaw are well-intentioned and want to curtail political extremism. Yet Eudaly said she cannot "vote to expand their powers" in light of her view that significant police reforms are necessary.

Wheeler on Wednesday called his proposal legal, reasonable and necessary and criticized news coverage that called into question whether his proposal was constitutional.

The mayor also expressed exasperation and weariness. He said he tried unsuccessfully to keep right-wing agitators away from Portland by making public pleas. And he noted that the federal government declined his request to deny the right-wing Patriot Prayer group a protest permit, a request that drew condemnation of Wheeler because it was seen as an effort to curtail free expression.

“While I am disappointed that City Council did not pass our Protest Safety Ordinance, I am encouraged that this has sparked a necessary and hard look at protest safety in our city. I want to thank our vocal critics, who made us better - through the engagement of rigorous debate. I’ve been firm because I believe that this ordinance was a step in the right direction,” Wheeler said in an emailed statement Wednesday afternoon. “Our administration will continue to look for ways to prevent protest violence, while supporting and upholding the First Amendment. We will also continue to talk with community leaders, to look for alternative ways to tackle this very issue.”