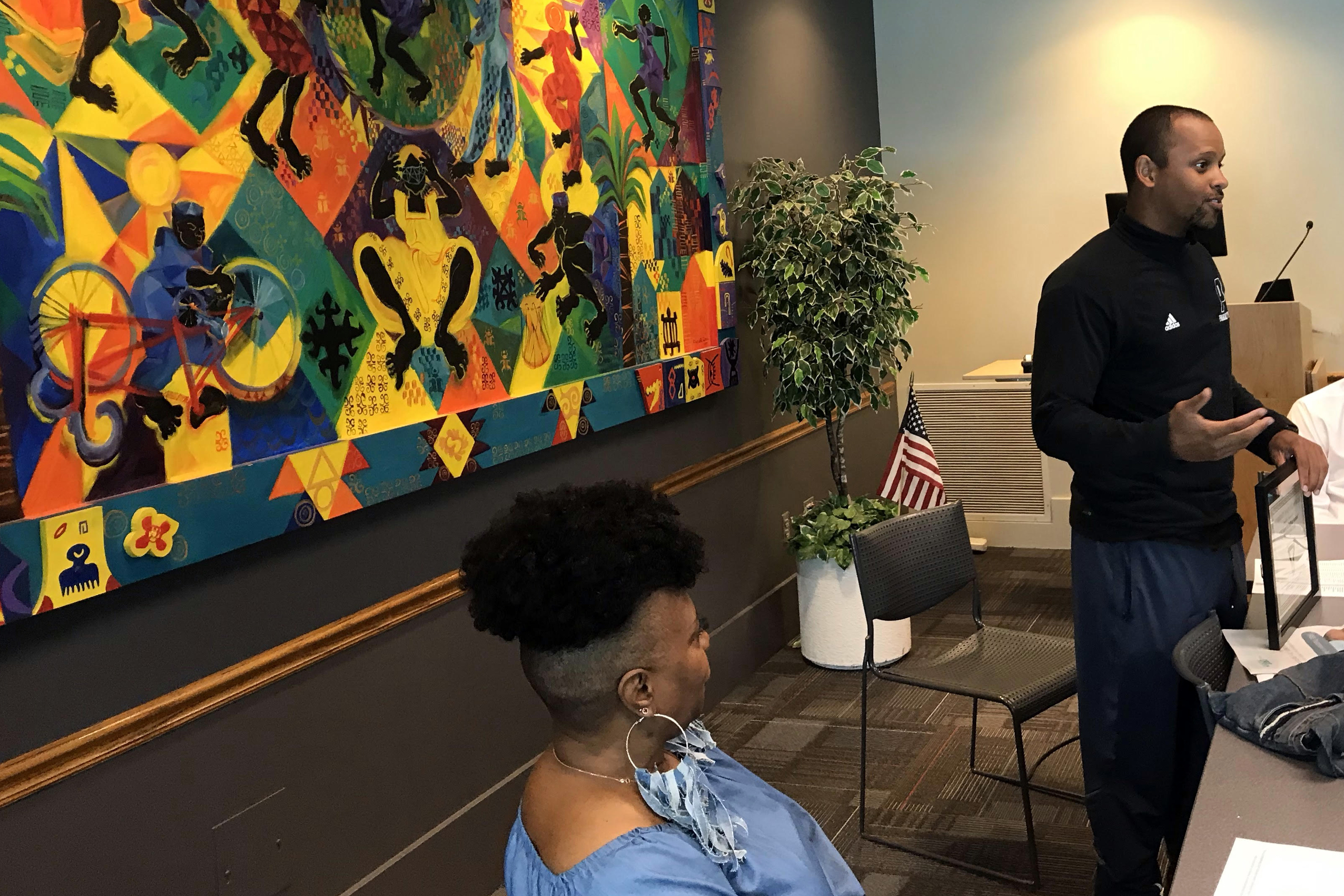 At the May 31 meeting of the Community Peace Collaborative, which meets biweekly at the Portland Police Bureau’s North Precinct Building, youth violence prevention director Antoinette Edwards started by asking those present to introduce themselves and say who their heroes were.

Most named family – mothers, grandmothers or other relatives who sacrificed themselves to help their family. Many named family members who’d made an impact on the world, like parents and grandparents who’d desegregated neighborhoods or spaces like swimming pools.

Later in the meeting, Edwards called the theme of heroism back again.

“Two weeks ago, this meeting was ending and police responders were heading out to Parkrose High School,” Edwards said.

She then presented Keanon Lowe, who on May 17 tackled and disarmed a student, with the Community Peace Collaborative’s Award for Selfless Heroism. Lowe works as a security guard and football and track coach at the high school. A former wide receiver for the University of Oregon Ducks, Lowe held analyst positions with the Philadelphia Eagles and the San Francisco 49ers before returning to Portland two years ago.

Friday he revealed that his return to Portland was motivated by tragedy.

“We talked about heroes and I have two,” Lowe told the crowd of about 40 people. One was his mother, who relocated from Gresham to Beaverton to ensure he’d have access to education after he expressed a desire to attend Jesuit High School to play football. “She made it happen. I don’t know how.”

His other hero was his best friend, Taylor Martinek, who died two years ago of a drug overdose. At the time, Lowe was working for the 49ers and decided to move back.

“I always consider myself a leader in the community,” Lowe said.

“I sought out the school that needed the most help.”

He said he believed he was placed in the situation he was for a reason: “All of a sudden, it’s on me to make something happen.”

Classmates and friends have told local media that Granados-Diaz had expressed suicidal thoughts in the weeks leading up to the incident and police have described the incident as a suicide attempt. Granados-Diaz is currently in custody at the Multnomah County Jail and his bail is set at $500,000. His next court date is July 9.