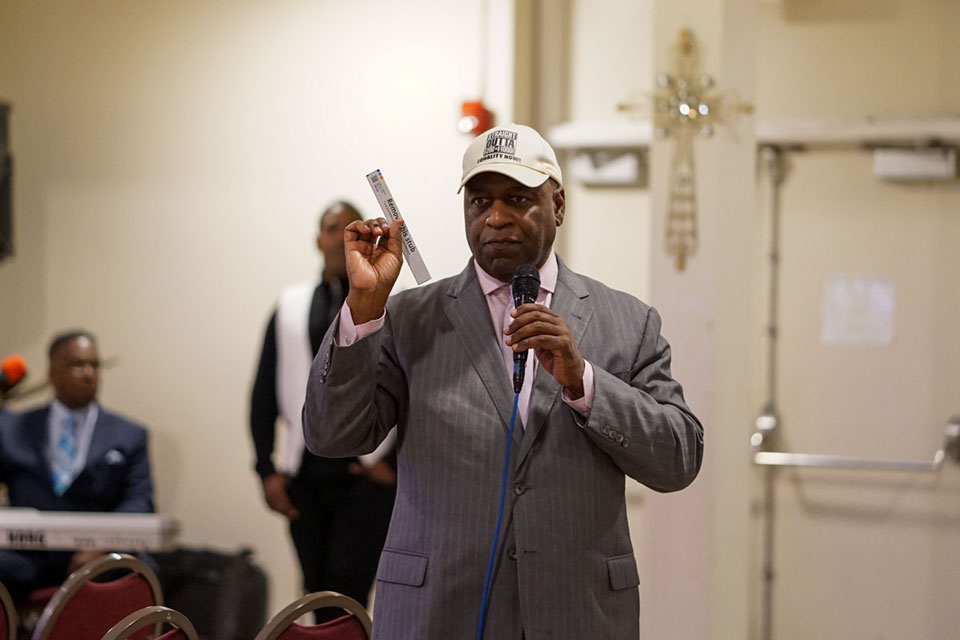 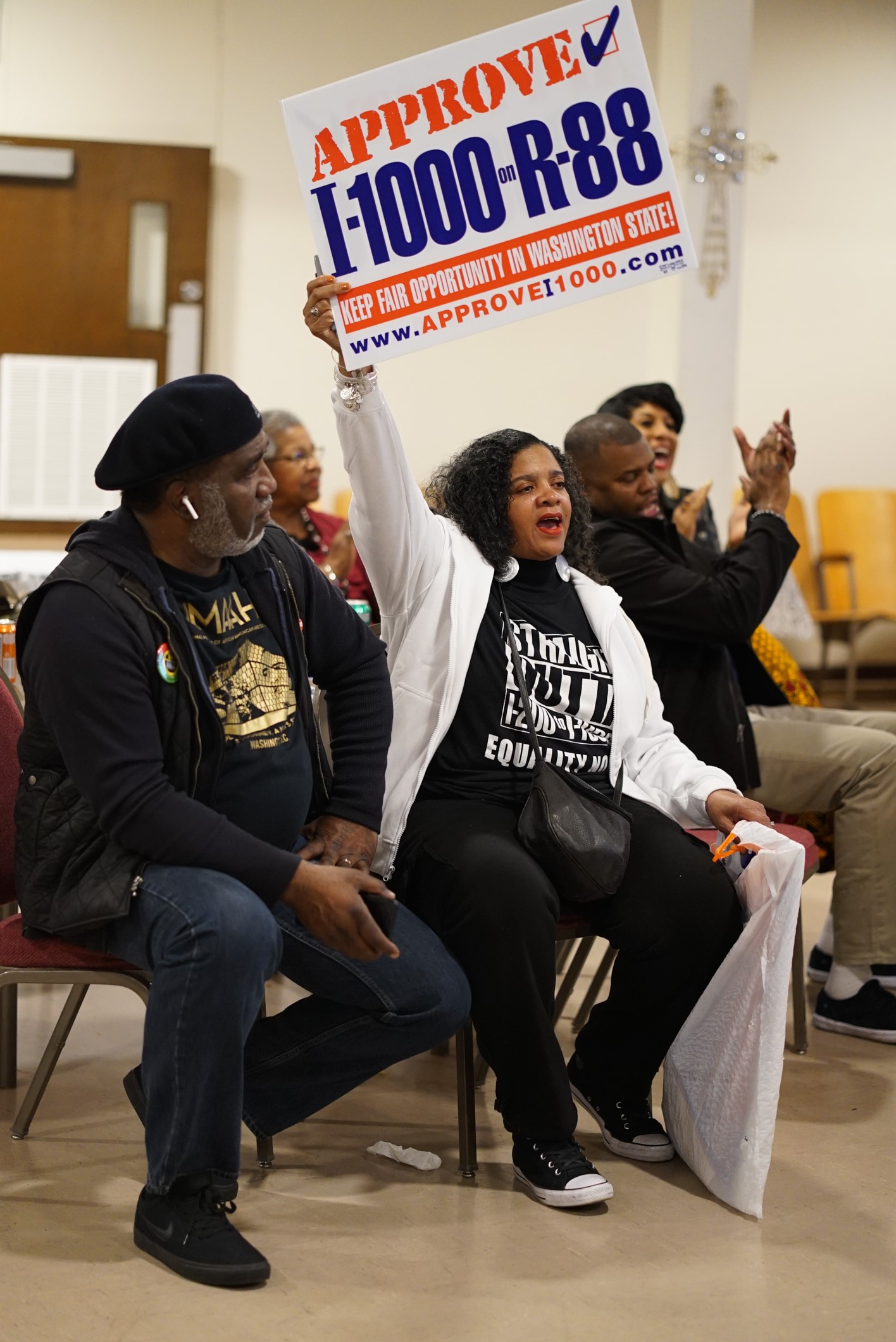 Cornelius and Sharon Winesberry and about 2 dozen people attended an election night event, November 5 at Mount Zion Baptist Church in Seattle for Referendum 88 and despite its trailing in preliminary results supporters remain optimistic that it will pass. If it does, it will affirm I-1000, which was passed by the Washington State legislature in the spring. I-1000 would allow the State to implement affirmative action without quotas in public employment, education and contracting. (photo/Susan Fried)OLYMPIA, Wash. (AP) — More than two decades after Washington voters banned affirmative action in the state, a ballot measure seeking to amend that law was losing in early returns.

As of Tuesday night, Referendum 88 was being rejected by 52 percent of the state’s voters. It was trailing in all but four of the state’s 39 counties. Many counties were set to update their results late Wednesday afternoon.

R-88 asked voters whether they wanted to approve or reject Initiative 1000, which was passed by the Legislature in April. I-1000 amends current statutes that prohibit state government from discriminating against or giving preferential treatment to individuals or groups based on race, sex, color, ethnicity, or national origin in public employment, public education, or public contracting.

The initiative would allow the consideration of being part of a minority group to be a contributing factor for a qualified applicant. Along with race, sex, and ethnicity, the measure allows consideration of age, disability and honorable discharge or military status. It would prohibit using factors such as race as the sole qualifier and bans mandatory quotas but would allow state agencies and public colleges and universities to establish diversity goals and timelines. A commission would be created to direct and oversee compliance.

I-1000 was supposed to take effect in July but was put on hold after opponents collected enough signatures to force the referendum.

Washington is one of eight states that ban affirmative action

Washington is one of eight states — including California, Florida and Oklahoma — that ban affirmative action in state government and public colleges and universities, according to the National Conference of State Legislatures. Washington’s ban came with 1998′s Initiative 200, which was approved by 58% of voters.

U.S. Supreme Court decisions have allowed colleges to consider race as long as it is “narrowly tailored” to promote diversity and is just one factor among many. Racial quotas have been ruled unconstitutional.

Opponents who pushed to get the referendum on the ballot argue the goals and timetables allowed under I-1000 are essentially quotas by another name. Proponents say the goals of diversity under the measure clearly do not allow quotas, set-asides, or preferences for lesser-qualified individuals.

I-1000 opponent Linda Yang, of the ‘Let People Vote’ campaign, said the early returns were encouraging, and reflected the campaign’s efforts on voter turnout, but she noted: “There are still a lot of votes to count.”

Gov. Jay Inslee stopped by a pro-I-1000 gathering in Seattle Tuesday night telling those gathered that whatever the ultimate result of the vote was, “I hope you feel proud that what you did is on that historic march toward a more equitable community.”

Ballots were sent to the state’s nearly 4.5 million voters last month. Washington is an all-mail-ballot state and ballots had to be postmarked or deposited in local drop boxes by 8 p.m. on election night, which means final results might not be known for several days.