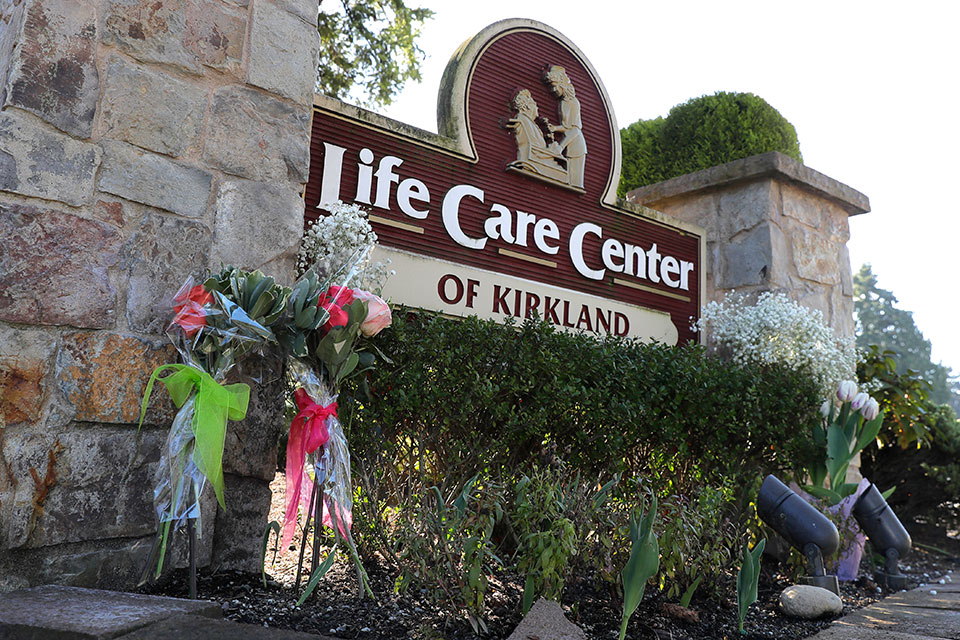 OLYMPIA, Wash. (AP) — Washington Gov. Jay Inslee on Tuesday outlined a list of requirements for long-term care facilities aimed at helping to stop the spread of the new coronavirus, including placing limits on visitors and screening workers for symptoms.

At a news conference, Inslee also said the state is preparing for many more cases than have been reported, potentially tens of thousands, based on estimates of the spread of the disease.

The state has experienced the worst outbreak of COVID-19 in the nation, with at least 22 deaths. Nineteen of those deaths are linked to the Life Care Center, a nursing home in Kirkland. 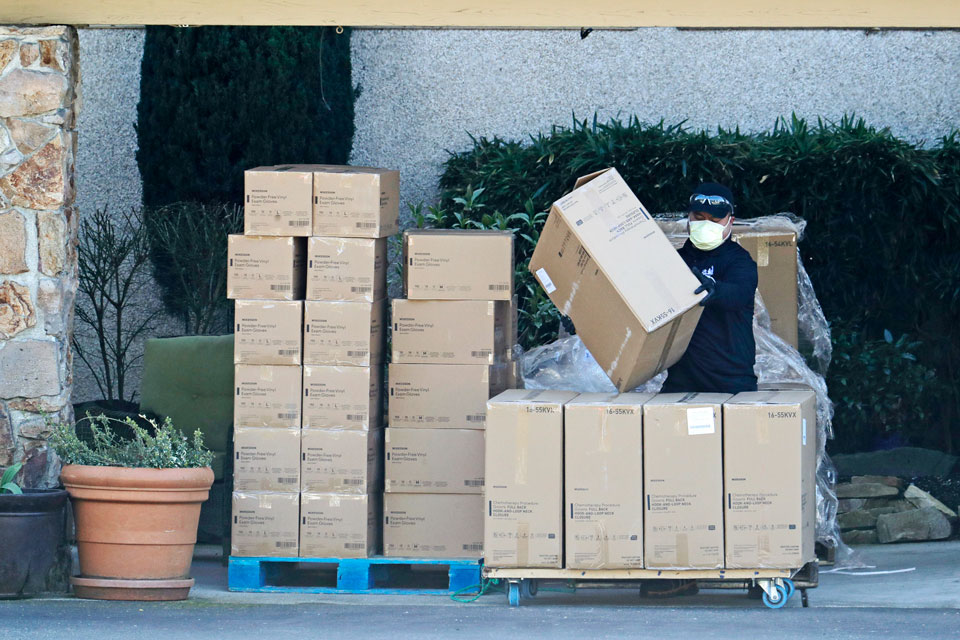 A worker at the Life Care Center in Kirkland, Wash., wears a mask as he stacks newly arrived boxes of gloves, gowns, and other protective gear on a cart, Monday, March 9, 2020, near Seattle. The nursing home is at the center of the outbreak of the new coronavirus in Washington state. (AP Photo/Ted S. Warren)Health officials report more than 160 confirmed cases statewide, and Inslee said that number is likely much higher.

"If we assume there are 1,000 or more people who have the virus today....the number of people who are infected will double in five to eight days," Inslee said. "If you do the math, it gets very disturbing."

"I would not be shocked if we have some more news on that in the next few days," he said.

"If we're going to stop this epidemic, we need to look at what's coming, not just what's here today."

Seattle band Pearl Jam said late Monday it was postponing the first leg of its North American 2020 tour because of the virus.

For most people, the new coronavirus causes only mild or moderate symptoms, such as fever and cough. For some, especially older adults and people with existing health problems, it can cause more severe illness, including pneumonia.

The vast majority of people recover from the new virus. According to the World Health Organization, people with mild illness recover in about two weeks, while those with more severe illness may take three to six weeks to recover. In China, more than 80,000 people have been diagnosed and more than 58,000 have so far recovered.

Inslee said the state is implementing a list of new rules for these centers. Residents at these facilities will be limited to one visitor a day and they must host them in their rooms. All visitors must sign in and follow precautionary measures like social distancing, he said.

Employees must be screened for symptoms at the start of each shift and the facilities are not allowed to disclose confidential health information, he said.

Since COVID-19 has impacted workers, he said he has expanded support for businesses and workers in the state.

Workers can receive unemployment benefits and employers can get relief of benefit charges if they need to cut operations or shut down because a worker is sick with the disease.

If a worker is infected or must quit due to COVID-19, they may qualify for the Paid Family Medical Leave.

"Through careful planning and by working together, we can mitigate the economic hardships this situation is going to cause," Inslee said.

Before the outbreak there were 120 residents at Life Care. Now, there are fewer than 60.

Over the weekend a team of 30 medical professionals from the U.S. Public Health Service began arriving at Life Care to relieve exhausted — and ill — staff.