A Veteran Becomes First in Oregon to Die from Coronavirus 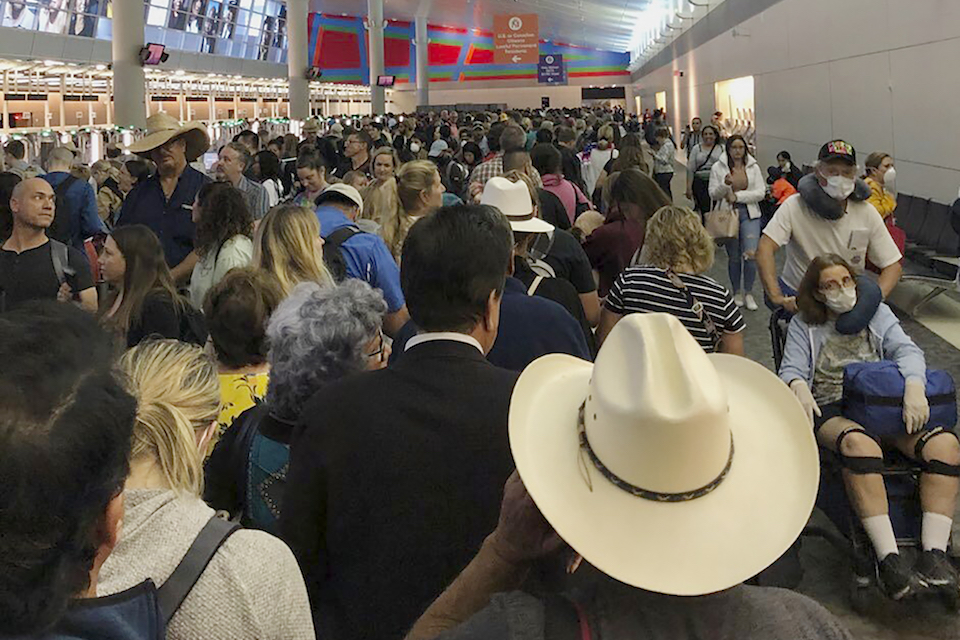 PORTLAND, Ore. (AP) — A man in his 70s has become the first person in Oregon to die from the new coronavirus, the Oregon Health Authority said.

The Multonomah County man who was hospitalized at the Portland Veterans Affairs Medical Center died Saturday,

"Although we knew this day would come, it does not make it any easier to learn of the first Oregonian to succumb to this illness –– an honored veteran who served his country to protect the freedoms we all hold dear," Gov. Kate Brown said.

“The loss of one life to this disease is too many. Already, thousands around the world have felt the pain that casts its shadow over one family here in Oregon.”

"Virus is in our community"

The man, who had underlying heath conditions, tested positive for COVID-19 on March 10, the authority said. He had no known contact to a confirmed case and had not traveled to a country where the virus is circulating.

“This is a sobering reminder that this virus is in our community and can be serious for older people and those with underlying conditions,” said Dr. Jennifer Vines Multnomah County Health Officer. “This loss has motivated us to continue our efforts to minimize the impact of this virus on our community.”

The Linn County case is at the veterans home in Lebanon, and one of the Deschutes County cases traveled to a country where the virus is spreading, the department said. The remaining cases are believed to be community acquired.

As Oregon schools close next week, child care regulators are considering whether to let some day care providers take in more children than currently allowed.

Oregon schools will close Monday and remain closed until April 1. Oregon students already have spring break for one of those weeks. Oregon has also banned all gatherings of more than 250 people statewide for four weeks.

The Office of Child Care told providers that it will process emergency requests to operate outside of licensing limits, in an attempt to address both an increased demand for care and potential staffing shortages, according to The Oregonian/OregonLive.

The conflicting forces are driven by the spread of coronavirus and government efforts to slow the disease.

With parents at work, the statewide school shutdown could shift children from classrooms to day care. Child care regulators have received 100 calls since Thursday about urgent child care needs, said Melanie Mesaros, a spokeswoman for the Office of Child Care.

“In a state of emergency, we are trying to balance the real needs of working families and the safety of children," she said.

“We hope to keep inmates, staff, and volunteers as healthy as possible by limiting the amount people that enter the facility,” the sheriff's office said on Twitter.

Multnomah County — home to Portland, Oregon — closed its libraries on Friday and the sheriff's office ended visitation in its two jails.

For most people, the coronavirus causes only mild or moderate symptoms, such as fever and cough. For some, especially older adults and people with existing health problems, it can cause more severe illness, including pneumonia. The majority of people recover within a few weeks.

More than 400 doctors from around Oregon have signed a letter to Brown demanding more resources and help to combat the spread of the new coronavirus.

We will continue working with first responders, cruise lines, and local leaders, and consider current public health guidance, as well as enhanced actions by the cruise lines to determine future sailings.

More information about actions and protocols at Seattle-Tacoma International Airport