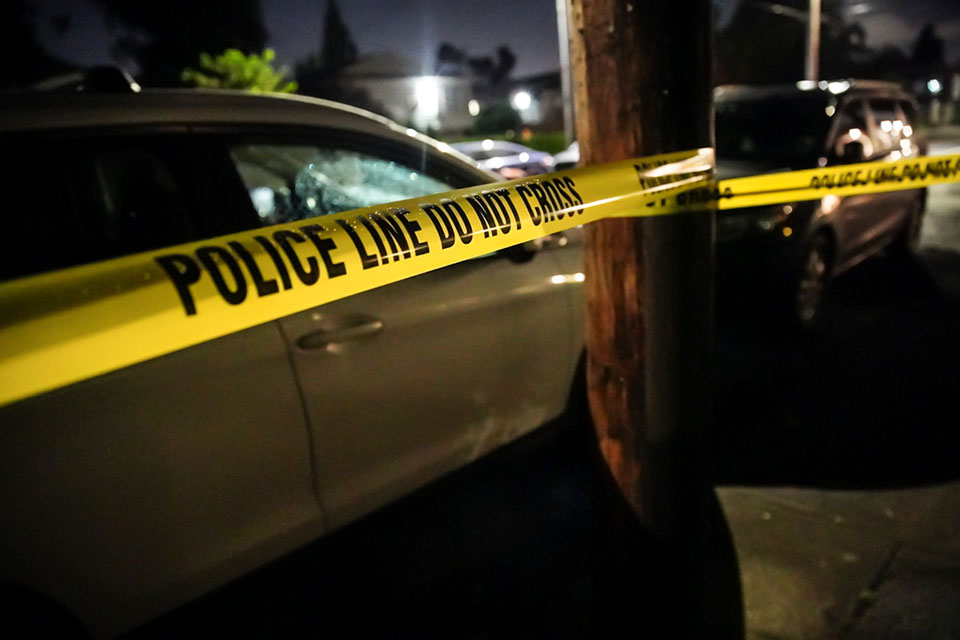 PORTLAND, Ore. (AP) — When Oregon’s most populous city had a rampant gang problem 30 years ago, Portland detectives were stunned if they found more than a few dozen bullet casings after a shooting. Now, police are recording multiple shootings a week with 50 to 70 shots fired, and in one case more than 150, as gang attacks and retaliatory shootings again spiral into a vicious cycle.

With more bullets comes more bloodshed. There have been 37 homicides in Oregon’s largest city so far this year, more than six times the number recorded in the same period last year. If nothing changes, Portland will surpass its all-time record for homicides of 70 set in 1987, when the city was in the midst of a gang siege.

'Not the Portland we know'

The violence has deeply affected Portland, a liberal city that continues to grapple with the role of its police force more than a year after thousands of Black Lives Matter protesters demanded change following the murder of George Floyd.

The surge in gang-related shootings, which has disproportionately impacted people of color, puts the spotlight on a sensitive and polarizing topic — felt in major cities across the country — where violence is increasing as people continue to call for defunding police.

“This touches all of us,” said Portland Pastor Matt Hennessee, a longtime anti-gun violence activist whose 33-year-old stepson was shot and killed in a parking lot in May. “I have lived here for 32 years and I have always seen this city as a safe place. This is not the Portland that we know.”

Police estimate half of Portland’s 470 shootings this year, which have injured more than 140 people, are gang-related. Mayor Ted Wheeler warned last month that perpetrators are being told by gangs to shoot someone within 30 days or be shot and that people are traveling from other states to engage in violence in the Rose City.

“People are scared. They are angry. They are fed up,”

Portland’s pervasive gang violence in the ’90s — when it was estimated that there were 2,500 people in up to 600 gangs in the area — left a crimson stain on recent city history. But now, following the pandemic shut down and Floyd’s murder, paired with a diminishing police presence, community leaders say the problem has returned.

While the number of shootings is comparable to the ’90s, police and residents say the boldness of the shooters and amount of shots fired surpass what they have seen before. Gangs are also no longer waiting for the typical “tit-for-tat” cycle in targeting of a rival, but instead immediately shooting again at places such as vigils — injuring up to seven people at a single event.

“You have multiple shooters — that’s kind of a new phenomenon — multiple guns and lots of shots being fired,” said Duilio, who added more gunshots increases the odds of bystanders being hit, including most recently a newspaper carrier, Uber driver and city bus driver.

While all agree that Portland has a problem, how to solve it is where people splinter.

“There are a lot of bullets being fired in this area — all over the place,” Duilio said. “But the police bureau is underfunded, understaffed and under supported.”

The rise in violence comes at a time when the Portland Police Bureau’s staffing is at its lowest in decades — the department is more than 100 officers short of “authorized strength,” as determined by the city.

In the past nine months, the department has experienced a rapid turnover with more than 120 officers having left the department, many citing low morale and burnout from nightly racial justice protests that would end in confrontation and plumes of teargas. During that time, while officers' priorities were shifted to protests, Portland was also experiencing its deadliest year in more than a quarter-century.

Despite police pleas for more personnel, city leaders slashed $27 million from the police budget — $11 million due to the pandemic-caused budget crisis and $15 million amid calls to defund the police — vowing to devote money to community groups working to curb gun violence.

“Police can’t prevent shootings," said Portland activist Royal Harris. "That part of it, we as a community have to work together to prevent these things instead of looking at it as a police approach.”

Officials also disbanded a specialized unit focused on curbing gun violence that had long faced criticism for disproportionately targeting people of color — a decision that some residents impacted by gun violence are still questioning.

“You took away the gun violence reduction team. There is nobody in this city doing traffic stops of these armed, violent shooters traveling the city looking for their rivals to shoot and who are going to vigils and lighting up an entire crowd,” said Duilio.

Some maintain that the disband was necessary

Jo Ann Hardesty, the first Black woman elected to the City Council and who pushed to cut the unit, maintains disbanding the team last summer was the right decision.

But as gun violence continued into 2021, leaders were forced to re-evaluate. More officers have been assigned to shootings, the police bureau has teamed up with the FBI to investigate crimes and the U.S. Attorney for Oregon has ramped up efforts to prosecute gun violence cases. But efforts to “refund” even a portion of the cuts have been controversial.

In addition, City Council voted to create a team of 12 officers and two sergeants to address gun violence, but with no additional funds.

Chief Chuck Lovell said the department is “so lean right now” that officials will likely have to pull officers from patrol, domestic violence or human trafficking investigations to support the new team.

Duilio said while funding organizations and social services is important, it is only a portion of the solution and should not compete with police funding.

“They both need to happen,” Duilio said. “If you can get a 15-year-old and get him on the right track where he is not involved in shootings every other week, that is great. But to really quell this intense level of violence that we are seeing right now, it is going to take uniform police officers to stop those cars that are traveling from Point A to Point B for a shooting."