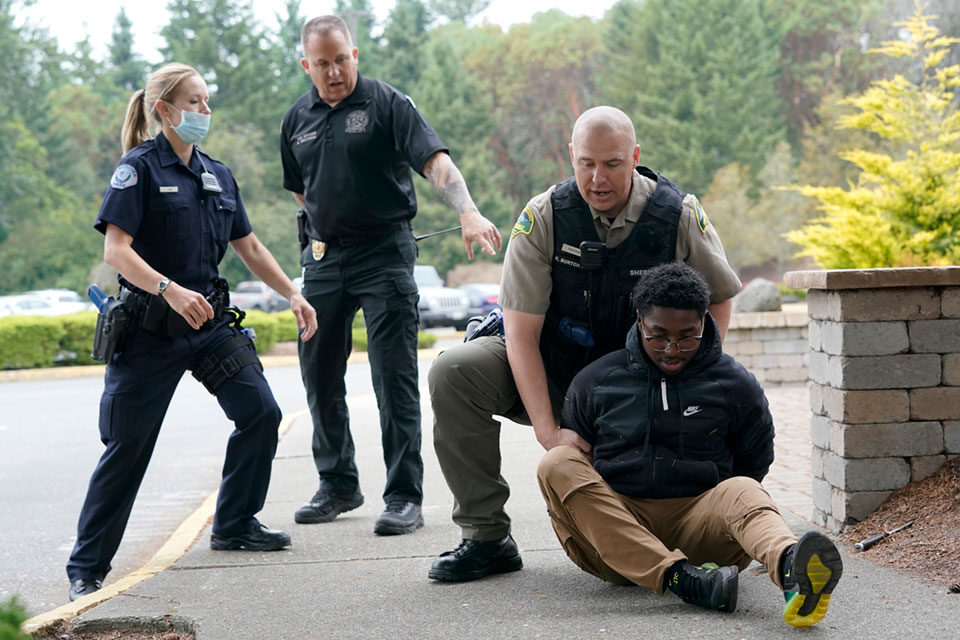 But two months after Gov. Jay Inslee signed the bills, law enforcement officials remain uncertain about what they require, leading to discrepancies around the state in how officers might respond — or not respond — to certain situations, including active crime scenes and mental health crises.

“When you take the legislation and apply it, that’s when you really learn how effective it’s going to be,” said Rafael Padilla, the police chief in Kent, a south Seattle suburb. “The challenge is — I’m going to be very frank — the laws were written very poorly, and the combination of them all at the same time has led to there being conflicts in clarity and in what was intended versus what was written.”

The laws, passed by a Legislature controlled by Democrats and signed by a Democratic governor, constitute what is likely the nation's most ambitious police reform legislation. They cover virtually all aspects of policing, including the background checks officers undergo before they're hired; when they are authorized to use force and how they collect data about it; and the establishment of an entirely new state agency to review police use of deadly force.

Supporters said they would create the nation’s strongest police accountability and help undo racial inequity in the justice system — “a mandate from the people to stop cops from violating our rights and killing people,” said Sakara Remmu, of the Washington Black Lives Matter Alliance. According to the advocacy group Moms Demand Action, police have killed 260 people in Washington state since 2013. Disproportionately, they were Black — including Manuel Ellis, whose death in Tacoma last year led to murder or manslaughter charges against three officers and spurred some of the legislation. 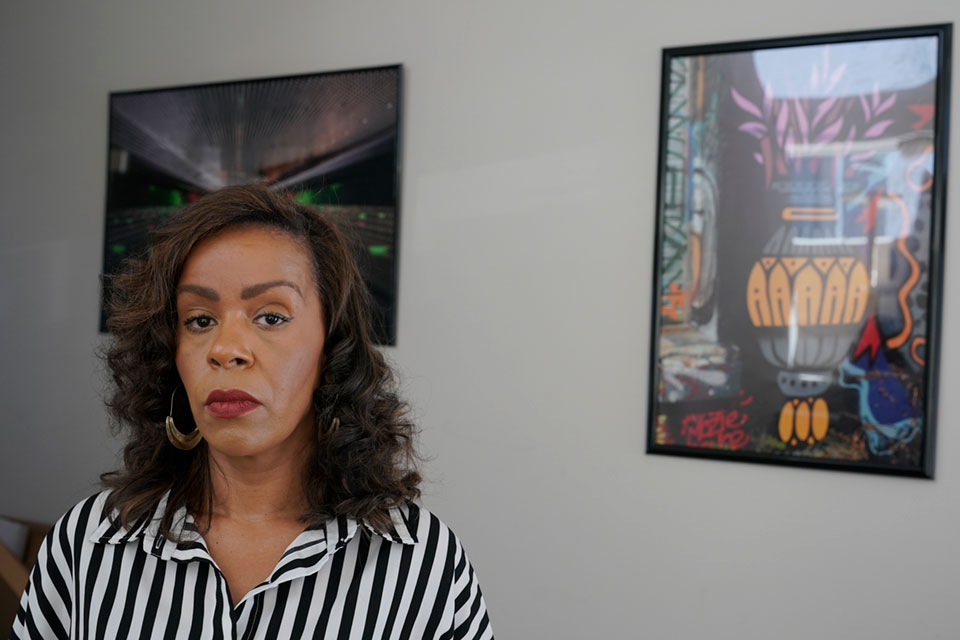 Sakara Remmu, of the Washington Black Lives Matter Alliance, poses for a photo, Sunday, July 25, 2021, in Seattle. Washington state is embarking on a massive experiment in police reform and accountability following the racial justice protests that erupted after George Floyd's murder last year, with nearly a dozen new laws that took effect Sunday. Remmu said the new laws are "a mandate from the people to stop cops from violating our rights and killing people." (AP Photo/Ted S. Warren)

Rep. Jesse Johnson, the first-term Federal Way Democrat who sponsored bills on police tactics and use of force, acknowledged some clarifications are necessary — but said that's not uncommon in complex legislation.

“We have to create new policies, because what we were doing before was not working,”

Johnson said. “What we wanted to do with these bills is set an expectation that officers de-escalate and that there's less lethal enforcement of the law. A lot of the pushback we're getting is because it's a paradigm shift."

The measures ban chokeholds, neck restraints and no-knock warrants, and limit the use of tear gas and military equipment. Inspired by the officers who stood by in Minneapolis as their colleague Derek Chauvin pressed a knee to Floyd's neck, they require officers to intervene when a colleague engages in excessive force and to report misconduct by other officers.

They restrict when officers can engage in car chases; make it easier to decertify police for bad acts; make it easier to sue individual officers; and require police to use “reasonable care” in carrying out their duties, including exhausting appropriate de-escalation tactics before using force.

Law enforcement officials have embraced some of the changes and they have said they share the lawmakers' goals.

But uncertainty about how to comply with the new laws, combined with a greater possibility of being decertified or held personally liable in court, puts officers in a tough position, they say.

“The policing reforms may have the positive impact of reducing the number of violent interactions between law enforcement and the public,” Steve Strachan, executive director of the Washington Association of Sheriffs and Police Chiefs, said in a statement. “However, we owe it to the public we serve to be candid and share that we are deeply concerned that some policing reforms may have unintended outcomes that result in increased levels of confusion, frustration, victimization, and increased crime within our communities.”

For example, the restriction on military-grade weaponry would inadvertently ban some less-lethal impact weapons, including the shotguns police use to fire beanbag rounds.

Johnson said the context makes clear the intent was to embrace, not ban, less-lethal weapons. He expected the state attorney general to clarify that until the Legislature can fix the wording next year.

But in the meantime, some departments, including Spokane police and the King County Sheriff's Office, have hung up their beanbag weapons, while others, including Kent and Auburn south of Seattle, will continue using them. 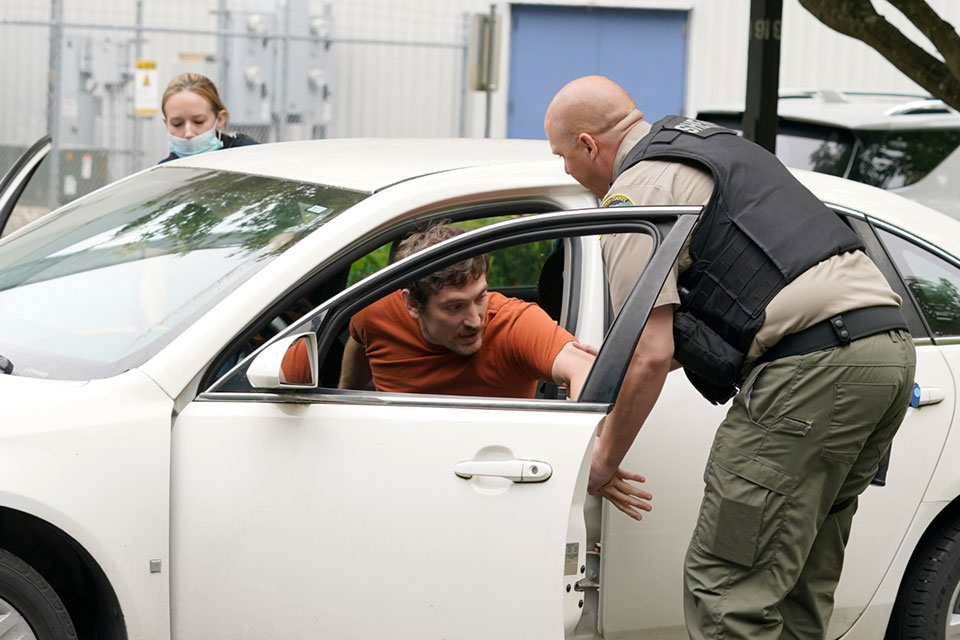 Kevin Burton-Crow, right, of the Thurston Co. Sheriff's Dept., takes Logan Vieira, center, an actor playing a person involved in a domestic violence situation, out of a vehicle during a training class at the Washington state Criminal Justice Training Commission, Wednesday, July 14, 2021, in Burien, Wash. Washington state is embarking on a massive experiment in police reform and accountability following the racial justice protests that erupted after George Floyd's murder last year, with nearly a dozen new laws that took effect Sunday, July 25, but law enforcement officials remain uncertain about what they require in how officers might respond — or not respond — to certain situations, including active crime scenes and mental health crises. (AP Photo/Ted S. Warren)

Even more significant is a change in when officers can use “physical force” — a term that isn't defined in the new law, but which is typically interpreted to mean force as minor as handcuffing someone. The attorney general has been tasked with developing a model policy on using force by next July, but for now, agencies have been consulting with lawyers to determine what the new law means.

Historically, police have been authorized to use force to briefly detain someone if they have reasonable suspicion — a commonsense notion, based on specific facts, that someone might be involved in a crime. They could then conduct further investigation to see if there is probable cause for an arrest.

But under one of the new laws, police now need probable cause — a higher standard, based on evidence that the person committed or was about to commit the crime — before they use force. They can also use force if there's an imminent threat of injury; they can use deadly force only to protect against an imminent threat of serious injury or death.

The higher standard is designed to keep police from using force against the wrong person — something that happens too often, especially in communities of color, Johnson said.

But it also means police might sometimes have to let the bad guy go, at least temporarily.

If officers show up at a burglary scene, for example, and they see someone partially matching the description of the suspect — but don't have confirmation it's the same person — they can ask that person to stop voluntarily. If the person leaves, officers can't use force to detain them while figuring out if they have the right suspect, they say. An arrest would have to come later, once probable cause is established.

The Criminal Justice Training Commission, which operates the state's police academy, already emphasizes de-escalation tactics and began training on the duty to intervene last year even before the law was adopted. But it has had to modify its teaching to cover the probable cause requirement for using force.

During a recent training scenario, instructor Ken Westphal encouraged recruits taking statements from a convenience store owner who had been threatened by a customer to ask, “How did that make you feel?”

The officers needed to show that the owner felt fear — an element of the crime of felony harassment — to develop probable cause, Westphal said. Otherwise, they wouldn't have authority to detain the suspect loitering around the corner if he ran.

“There is nobody else in the country having to do this,” Westphal said afterward. “We have always worked in reasonable suspicion. Now, those force options aren’t there unless you have probable cause.” 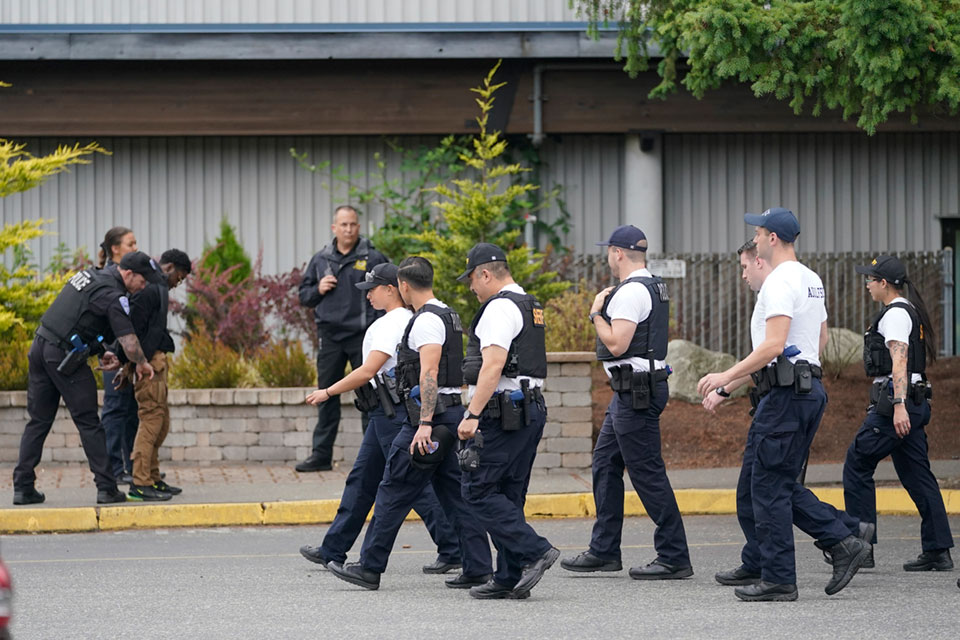 Cadets at the Washington state Criminal Justice Training Commission, walk past a training exercise in progress, Wednesday, July 14, 2021, in Burien, Wash. Washington state is embarking on a massive experiment in police reform and accountability following the racial justice protests that erupted after George Floyd's murder last year, with nearly a dozen new laws that took effect Sunday, July 25, but law enforcement officials remain uncertain about what they require in how officers might respond — or not respond — to certain situations, including active crime scenes and mental health crises. (AP Photo/Ted S. Warren)

But even that approach is not universal. Some departments, including Kent, say in cases of violent crimes or residential burglary, they will arrest suspects for obstruction if they flee, even if they don't yet have probable cause for the underlying crime.

“I’m not letting violent felons take off,” Padilla said. “I understand why the Criminal Justice Training Commission is doing what it’s doing, but you can see how even experts who have decades in the field do not agree on what these laws mean.”

Other departments, including the King County Sheriff's Office, won't arrest people in such circumstances. Obstruction — or “contempt of cop” — is sometimes considered a frivolous charge, filed when officers lack evidence of other crimes, and it’s unclear if prosecutors will pursue it.

Similar concerns abound regarding mental health calls. Police often respond to people in crisis who are not committing crimes, sometimes in the company of a “designated crisis responder.” Under existing law, the crisis responder can order the person to be involuntarily taken into custody for psychiatric care, but according to the advocacy group Disability Rights Washington, police are increasingly refusing to show up.

That's because officers aren't sure they still have the authority to use force to detain or transport those subjects, absent imminent harm or probable cause, officials say. Further, police are now required to exhaust appropriate de-escalation tactics; that can include simply leaving the scene.

These laws are taking effect as police have left the state or the profession in droves. Seattle is down hundreds of officers following clashes with protesters, criticism and talk of “defunding” last year. With a huge increase in early retirements and officers leaving for jobs in Idaho, Montana and elsewhere, the Kent Police Department is losing 21 of its 70 uniformed patrol officers this year, Padilla said. He blamed anti-police sentiment and the new laws.

Given limited resources to respond to active, violent crimes, departments must decide whether it's worth responding to such noncriminal mental health calls when officers might only leave anyway, some law enforcement executives say.

That notion drew criticism. In a blog post, Kim Mosolf of Disability Rights Washington and Enoka Herat of the American Civil Liberties Union of Washington wrote that some departments are “dangerously misinterpreting” the law.

Nothing in the measure overrules the ability of police to assist on mental health calls, they said. In fact, police continue to have strong liability protections under the Involuntary Treatment Act.

Sgt. Tim Meyer, a spokesman for the King County Sheriff's Office, noted that responding to new laws or court rulings is nothing new for law enforcement.

“As we get more familiar with the application of these bills, we're going to adapt and continue to serve the community,” Meyer said.