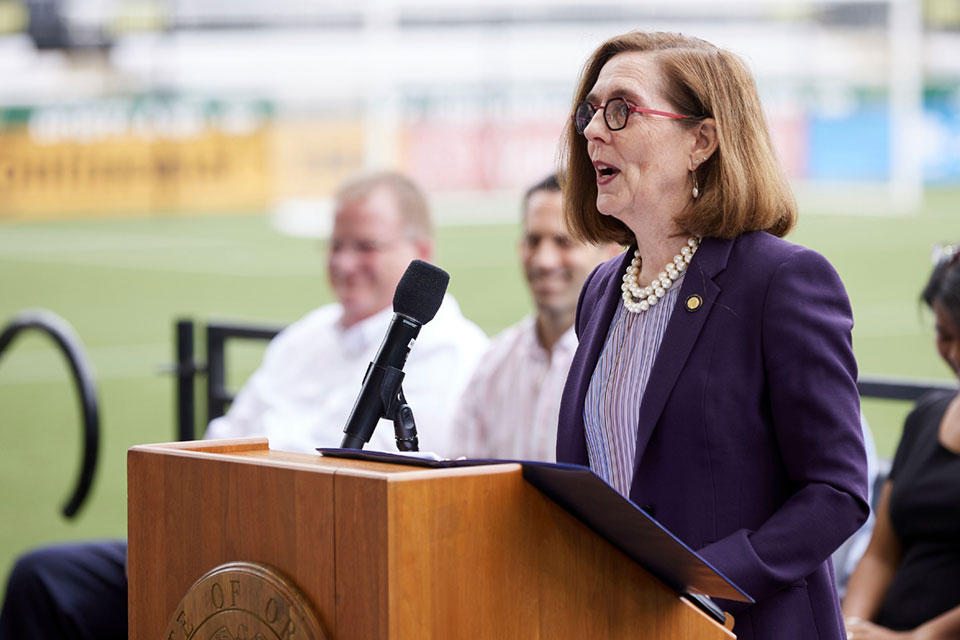 By SARA CLINE The Associated Press/Report for America
Published: 17 August 2021

The moratorium, which allows homeowners to put their mortgage in forbearance, was set to expire Sept. 30. Based on the measure's language, this is the last extension that Brown is authorized to issue.

“As we continue to see record-high numbers of COVID-19 hospitalizations driven by the delta surge, I am committed to ensuring that Oregonians have a warm, dry, safe place to live during this pandemic,” Brown said. “Extending the temporary residential foreclosure moratorium another three months will prevent removal of Oregonians from their homes by foreclosure, which would result in serious health, safety, welfare, and financial consequences, and which would undermine key efforts to prevent spread of COVID-19.”

During the pandemic, the state’s ongoing housing crisis has only been exacerbated.

In late July, more than 49,000 Oregon homeowners said they were not caught up on their mortgage payments, based on the U.S. Census Bureau’s most recent Household Pulse Survey.

During this year's legislative session, Oregon lawmakers pushed the housing crisis to the forefront.

Oregon was one of several states that enacted a moratorium last year halting eviction proceedings for residents who have experienced financial hardship during the COVID-19 pandemic. However, the measure expired in June.

As experts warned about a mass wave of evictions in the state, $200 million was set aside in federal emergency assistance to help tenants and landlords with current and outstanding rent. Based on data from Oregon Housing and Community Services, around 15,000 households have completed applications for rent assistance.

While the state had millions of dollars available to pay past-due rent, high demand created a backlog that officials said would not be cleared before the end of the state eviction moratorium. As a result, in June lawmakers passed a “Safe Harbor” amendment on Senate Bill 278 to pause evictions in the state. Under the amendment, which received bipartisan support, tenants who are unable to pay July or August rent will not be evicted for 60 days if they provide proof to their landlord that they have applied for rental assistance. The bill was signed by Brown, a Democrat, in June.

Commissioners in Multnomah County voted in July to extend the “Safe Harbor” amendment through the end of September. Officials in the county said the demand for rental assistance in the area is twice as high as all other Oregon counties combined.

In addition, earlier this year Oregon lawmakers voted to extend the grace period for past-due rent during the moratorium, allowing tenants to have until Feb. 28, 2022, to pay back rent.